Margaret Sullivan at the Empire Hotel

The Washington Post media columnist takes a brief, and necessary, break from normal duties. If only colleague Dana Milbank would switch from unhinged political treatises to the gardening beat. 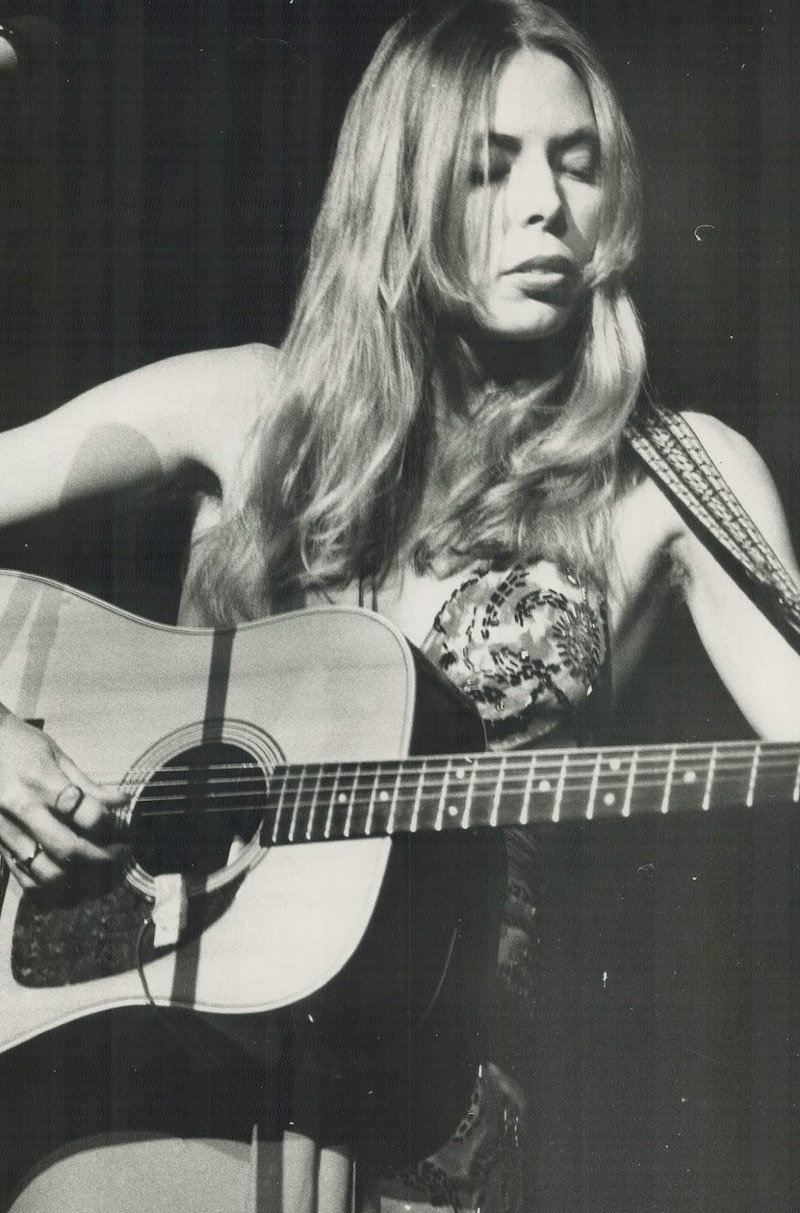 I’ve long advocated, in complete seriousness, that daily newspapers (and their websites) would benefit from mixing up their lineups, letting, for example, the beat sportswriter cover politics, the movie critic move to gardening or fashion and the dreaded opinion columnists transfer their bloated, self-important prose to anywhere else in the paper. This blueprint, not surprisingly, has never seen implementation, much to my (mild) distress.

But a little free something is nice, and that appeared last week when The Washington Post’s Margaret Sullivan, usually a holier-than-thou gatekeeper of the media—she was far better in her role several years ago as The New York Times’ “Public Editor,” a position now eliminated—and just another cheerleader for the Democrats, deviated from form by writing an appreciation of Joni Mitchell, specifically her nearly-perfect 1974 record Court and Spark. I winced at the headline, “The Joni Mitchell album that changed my life,” for if something as simple as a record, no matter how monumental, can “change your life” that’s pretty weird. For example, my favorite album (today) is Bob Dylan’s Highway 61 Revisited, but if it had never been made, I’m sure I would’ve muddled along and my life would be just as it is today.

Anyway, I agree with Sullivan about Court and Spark, and say that as a Mitchell fan who bought all her records up to that point, with Blue and For The Roses—which Sullivan strangely doesn’t even mention, despite the songs “You Turn Me On, I’m a Radio” and “Blonde in the Bleachers”—my favorite until I heard the electric sound of Court, from the ebullient “Raised on Robbery” to “Car on the Hill” to the poppy “Free Man in Paris.” (Sullivan tries to make a point that Mitchell was shunned by teenaged and young adult males, citing her brothers’ collection, but though Joni was perhaps more popular with “chicks,” most of my male friends were fans; and not just Mitchell but Emmylou Harris, Martha Reeves, Gracie Slick, Billie Holiday, Bessie Smith, Janis Joplin, Aretha, Carly Simon and so on.)

Sullivan was in high school when Court and Spark came out (I was a freshman in college) and she writes: “As for romantic anguish, I had my first boyfriend but was secretly infatuated with his best friend, so I could feel the pain of “listening to the sirens and the radio,” waiting in vain for that “Car on a Hill”… Life was complicated, troubled, joyous, intense—and so was “Court and Spark.”

That’s a touch overwrought, but people react to new records by favored artists in different ways, even if they’re equally delighted by the songs. In the spring of ’74, my roommate and I played Court and Spark repeatedly—along with Dylan’s Planet Waves, his first of two records for Free Man in Paris David Geffen’s Asylum Records—and I recall one afternoon in that cubby hole of a dorm room, peaking on two hits of Mr. Natural acid with friends, and Joni sang and sang and every tune sounded like “Raised on Robbery,” as we all stared at the LP spinning on a shitty record player.

Late that summer, I saw Mitchell, backed by Tom Scott and the L.A. Express at Long Island’s Nassau Coliseum (a live album of the tour, Miles of Aisles, was already in stores) and it was an amazing show, with scattered boos from longtime fans who wanted to hear the acoustic favorites from the Ladies of the Canyon era. Joni was pretty flinty at the reaction, and I guess it was her Newport ’65 moment. (On the topic of Dylan, it’s said he fell asleep when Mitchell played an advance copy of Court and Spark for him. Mitchell had/has an antipathy for Dylan, although she was along for his 1975 leg of the Rolling Thunder tour, and song a wondrous “Don’t Interrupt the Sorrow,” at the show I saw on Dec. 8th at Madison Square Garden.)

(A brief digression on the topic of 1970s rock, folk, pop and then punk. Back then the Me Decade—not one of Tom Wolfe’s finer moments, coining that term—was trashed, music-wise by 1960s holdouts. I never felt that way, even if the Beatles had gone poof! and the Stones dried up after Exile. For example, I was telling my son Nicky the other day about how I’d walk home from high school in the spring of ’73, senior year, and had a transistor on me that had both AM and FM. On one day in March, whatever station I tuned into played in succession, the re-released “Space Oddity,” “Walk on the Wild Side” and newcomers’ Steely Dan’s “Do It Again.” Tell me with a straight face that music in the 70s sucked.)

This was the first Margaret Sullivan article that I read twice, simply because her essay on Mitchell was really interesting. It gives me hope that whoever makes editorial decisions at The Washington Post might take the hint and, if he can’t be fired, at least rotate the odious Dana Milbank to the architecture or gardening ghetto of the paper. In an article from last weekend, Milbank brayed that “My colleagues in the media are serving as accessories to the murder of democracy.” In fairness, Milbank’s blinkered prose and TV appearances (maybe he had a Mr. Natural flashback!) were quickly lampooned on Twitter, most importantly by fellow liberals who took umbrage that Milbank declared himself Public Editor for the United States in his complaint that Joe Biden is receiving way, way too much negative coverage, especially in comparison to the unspeakable-in-polite-company Donald Trump.

Milbank: “Sure, Biden has had his troubles, with the delta variant, Afghanistan and inflation. But the economy is rebounding impressively, he has signed major legislation, and he has restored some measure of decency, calm and respect for democratic institutions.” It would take an essay the length of an Atlantic throwaway to “unpack” those two sentences, but briefly, if Milbank believes that Biden has brought buoyancy to the economy, I’d suppose he skipped school the day the word “inflation” was explained. I do agree that Biden is more “calm” than Trump. If he were any calmer, he’d be dead. Oops! My mistake for alluding to President Sippy Cup’s apparent diminishing health.

Milbank concludes: “Too many journalists are caught in a mindless neutrality between democracy and its saboteurs. It’s time to take a stand.” What the fuck does that mean? “Take a stand” by becoming even more enthusiastic stenographers of Biden’s administration? It’s true that as Biden’s approval ratings have tanked—as is the case with every president—gotcha journalists are writing foreboding articles about a possible Democratic wipeout next November, but, for better or worse, that’s their job. Milbank would prefer all happy talk about Biden, because that’s what “saves” democracy.