Lindsey Buckingham’s “Holiday Road” is Nothing But The Hook

With the genuine emotion of a Chuck E. Cheese animatronic ensemble. 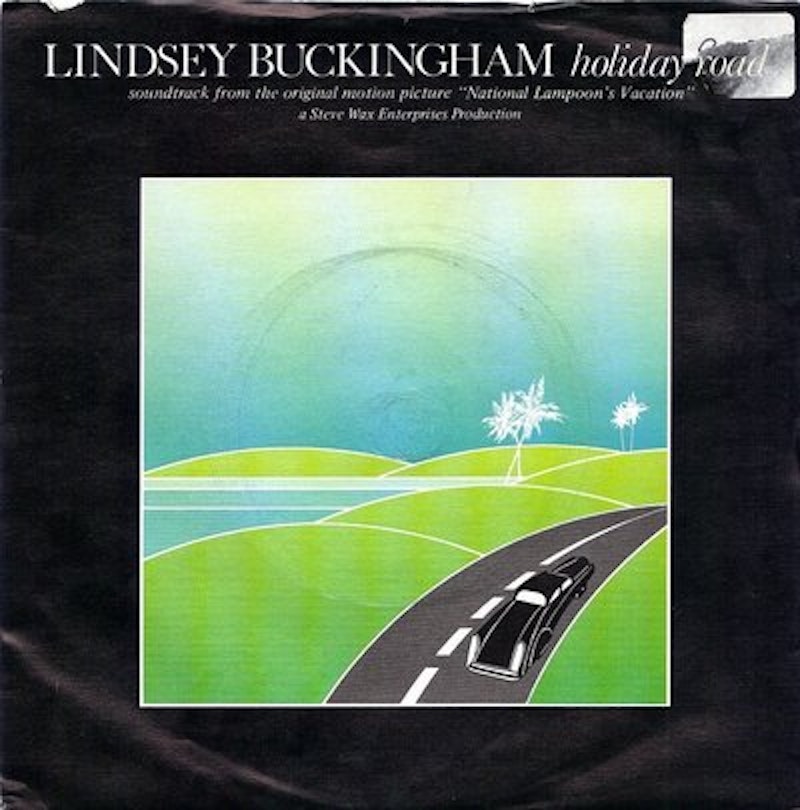 Lindsey Buckingham’s “Holiday Road” is such a strange song: it’s goofy and prefab, with the tinny, hollow qualities of most primitive drum machine and keyboard presets, something you’d hear whispering from an unseen speaker hidden deep in mall hell. It has the aggressively fake plastic jauntiness of a keyboard or drum machine preset, and the genuine emotion of a Chuck E. Cheese animatronic ensemble. Lindsey sings in a throaty but deflated voice that makes him sound like a synth patch. Obviously, this is a song written specifically for a soundtrack, for the theme song of National Lampoon’s Vacation. “Holiday Road” is nothing but the hook—everything is an excuse to reach the next round of “Holiday RoooAAAAooooOOOOOwwwAAAoooD”’s, reset, repeat. The bouncy plasticity of the production and the sheer repetition of the hook becomes a song that knows how stupid it is and revels in it, basically winning.

It’s a hook so enduring I recognized it immediately when a friend hummed it the other day. I hadn’t heard the song in 12 years or so, but I’ve never seen Vacation, and never knew it as a Buckingham single. “Holiday Road” was used as the bumper music in countless commercials and VHS promos, and it’s one of those pop songs that lingers in the air, and no matter what you do, you will be exposed. And anyone exposed to “Holiday Road” remembers the hook, probably because you were young and the chorus is so rewarding and rich for a young kid, when you’re too young to know voices could sound like that, or what music could do to you. At that age, the indulgent, angelic sound of the harmonies and the unrestrained repetition of the hook make for a glorious experience that you begin to hate because of how good it knows it sounds.

The song and the accompanying video also show Buckingham at his nervous wreck best, staring straight into the camera and pouting like Flock of Seagulls or The Human League. But Buckingham was far more enthralled by punk than anything out of the pop world. Even by 1978, when he was itching to define himself within the boundaries of his band and push forward, he had achieved unimaginable success in the mainstream music market, producing, playing and performing on one of the most successful albums ever. Imagine how much of a headfuck it would be to be in that situation, and realize you’ve lost your chance to join in on the ground up with something like punk.

Buckingham could never make the same impact as The Clash, Television, or Suicide, because he was on the front lines on the opposite side of the culture wars. Tusk is the most brilliant demonstration of the tension between a band of basically comfortable popsters content with playing it safe being led into the dark by a desperate, paranoid auteur intent on defining himself as distinct and just as visceral as The Sex Pistols. Buckingham’s ears were pinched after Tusk didn’t sell 40 million copies, and his 80s output is less bold and histrionic, but still strange and misanthropic. “Holiday Road” is the cynical pop concession by an artist that wants to make it clear the song he’s singing is stupid, and he knows it, and let’s just enjoy it.