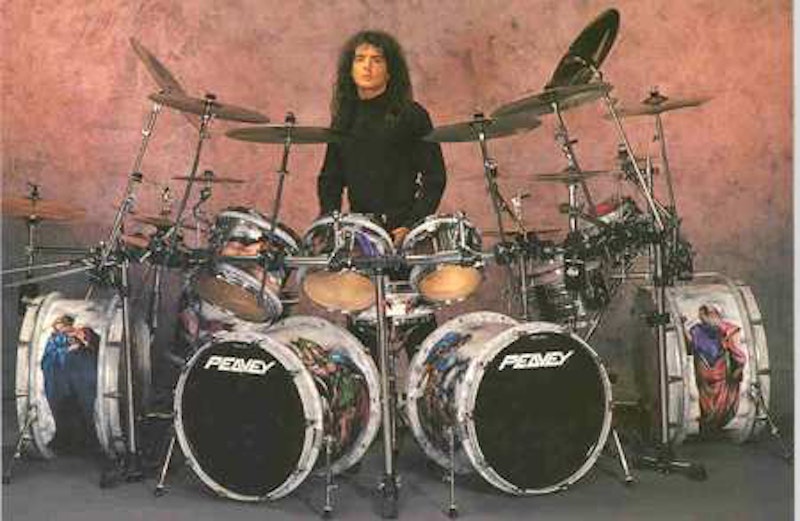 Last week I ignored the state of my bank account and ventured out to Bowery Electric for a rock show. I wasn’t there in any capacity as a music journo; I haven’t done much music criticism since I realized last year how little I really know about even the most influential artists. Mostly, I stay in my corner and occasionally spout They Might Be Giants trivia. But I’d been invited by a friend who was playing that night, so I made the journey.

My friend’s band is Gandor Chorale, and I’d most likely be into them even if we didn’t know each other (or, for that matter, if she wasn’t the cutest bassist in Brooklyn). They’re a stripped-down, three-piece noise rock outfit—or if you use their Soundcloud genre tags, “rustic electropunk” and/or “dick salad”—borne accidentally from the NYC drag scene, and have a couple EPs under their belts this year alone. I like to think they’re going places; if their new tracks “God Damn Teeth” and “Captain” are any indication, history will support me on this.

Gandor Chorale was there that night with fellow openers Bronx Cheer—not the Brian Cookman group or the house music duo, but another rock trio, also with lots of fuzz and aggressive twentysomething angst. (Angst is my favorite genre.) I hadn’t heard their stuff before that night, but I walked away a fan, as is so pleasantly the case with this sort of underground indie scene. Go see your friends, meet their friends, pick up their music. One member (I can’t recall which) joked, “We’re basically both the same band—girl bassist, half-Asian guitar player, white bro drummer.” I felt like I was tapping into the sort of camaraderie my dad’s bands must have felt back in the 1980s, when they were bumming around punk clubs and yelling about Reagan.

But something was spoiling the mood ever so slightly: the headliner. The club had booked a two-man group called BobbyRocK, the capital K signified trouble from the start. I looked them up before the show and was faintly horrified. Their Instagram bio lists them as “Lé punks of rock,” which is about the most pretentious way to signify you’re in a band and like to spend a lot of time on Reddit. BobbyRocK’s lead singer “Justin-Bobby” Brescia was a minor personality on MTV’s The Hills in its third season, and is still banking on that name recognition.

Not a bad strategy, really, since Justin-Bobby sure as hell isn’t going to get much recognition for his music. Listening to BobbyRocK’s most-promoted track, “Punks Out There,” is like listening to a well-off white boy from Hollywood: “It’s fun while it lasts/til corporate America fucks your ass/my ass/our ass/fuck that,” croons Brescia, whose line of officially licensed hair-care products is now available on Amazon. “Steel toed Doc Martens/What color’d you have?/I have all of ‘em.” Is this supposed to be punk music or a five and a half minute humble-brag? (For a slightly more amusing experience, I recommend Brescia’s cover of Roy Orbison’s “You Got It,” the title of which he did not bother to put in his YouTube description.)

Still, BobbyRocK’s transgression that night in the Bowery wasn’t just being a shitty couple of posers, although that would be enough. Really, it was how they engaged with their openers—which is to say, not at all. I learned after the show (we left immediately after Brescia began singing “High Class Hooker,” the most generically wimpy rock song I’ve ever heard) that BobbyRocK said nothing more to either group than “Good luck,” then retreated backstage to await their set. For a band that doesn’t seem to understand how punk rock works, you’d think they would take some time to learn.

If you’re going to act like a spoiled diva in the music business, you’d better make sure you have the talent and fanbase to back it up. As things stand, I’m less than 200 people away from overtaking BobbyRocK’s entire Twitter following, and I’m just a little shit writing book reviews on the Internet. That just leaves talent, which is clearly nowhere to be found in Brescia’s resume. (With the possible exception of his conditioner, which I haven’t tested.)

But Brescia’s not going to take any of this to heart, so this is more of a cautionary tale to anyone else reading this who wants to be a professional musician. When you’re trying to climb the ranks and make a name for yourself in the indie scene, try not to shit on the folks around you; you’re certainly hurting other bands who might benefit from your support, but you’re also shooting yourself in the face before you even get started.