Black Bubblegum is the most accessible Eric Copeland record yet. 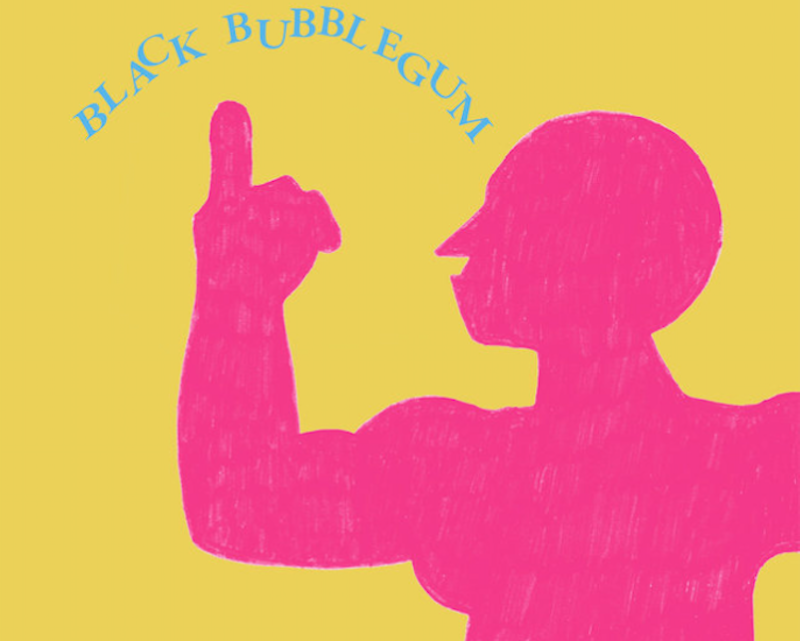 I’ve written about Eric Copeland and his music more than anything else on Splice (besides, perhaps, the Great Pumpkin). The first time I saw him live in the spring of 2009 was a life-changing show for me—I remember walking home from detention the next day feeling totally drained and defeated. Every piece of music I’d made up to that point suddenly felt pointless and obsolete: it knocked me down and made me face square one. It was humbling and liberating, because I’d seen the light, a different way toward effecting people through music. The sound was physical, alive, and very scary: I saw him again at the same venue that October, and I had to leave because his music was making me have a panic attack. It was the only time I’ve been frightened by music—fucking brilliant!

As visceral and overwhelming as Eric Copeland’s music was to me, it was equally difficult to articulate why. I interviewed him in 2011, and in hindsight, it’s a mess: every assumption and theory I had about his work was wrong. I interpreted the cover of his 2010 LP Strange Days—which reads simply “POPULAR MUSIC OF URANUS”—to imply some high concept about channel surfing on Uranus through the local alien hits. Nope, it was “just a one-line joke.” And where I heard a celebration of death and the macabre, Copeland insisted he was “re-energizing trash.” I still think Alien in a Garbage Dump and Strange Days are some of the most unnerving and raw recordings I’ve ever heard, but in the five years since that interview, Copeland’s music has gotten considerably brighter and more celebratory. The rhythms are steadier—before, it was the sound of things falling apart, pieces blown away and reconfigured into something disturbing. But ever since 2012’s Limbo, and especially Joke in the Hole the following year, Copeland’s endless stream of LP’s, EP’s, and singles started to resemble fucked up dance parties, more Dia de los Metros than James Joyce’s vision of Hell.

Black Bubblegum is his latest, out now on DFA, and it’s the most accessible thing he or Black Dice has ever released. Most of his signature sounds remain—drums drenched in flangers and phasers, pitch-shifted melodies, strangulated samples—but the arrangements of these songs are much less claustrophobic, and his voice is clearer than it’s ever been before. You can understand what he’s saying! “Fuck It Up” is the song of the summer, a muggy major chord earworm that’s coherent enough to be played in clubs and coffee shops. Is that a good thing? Absolutely. Black Bubblegum is no hollow “gone pop,” and the more people that hear Copeland’s solo work, the better. For the first time, the instrumentation is fairly conventional underneath all the modulation: pounding drums, wet guitars, singing synths. The gloom is gone, and Copeland’s creatures come out to play in the sunshine. “Honorable Mentions” reminds me of Prince and, along with “Blue Honey” and “Cannibal World,” showcase Copeland’s understanding of counterpoint and pop sense of melody. “Cannibal World” is another earworm, and an example of what makes Black Bubblegum great: familiar and infectious melodies treated with extremely idiosyncratic production. Finally, an Eric Copeland album your mom would like.