Small bands with a big presence. 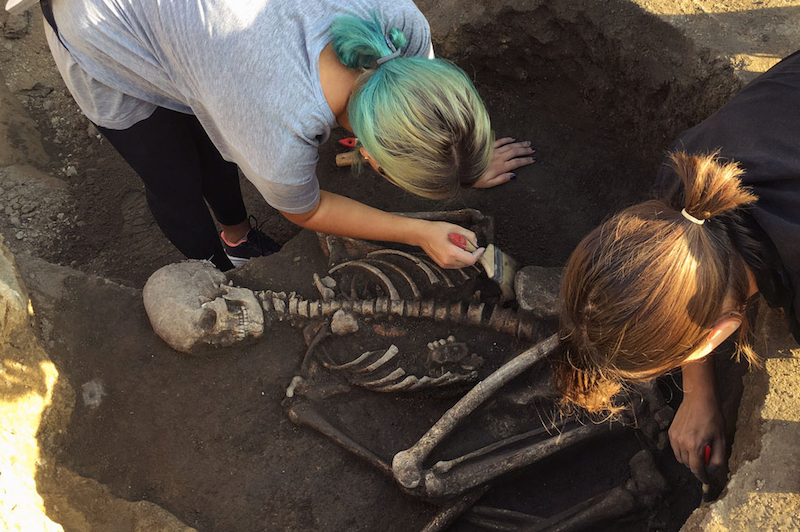 I’ve seen a number of famous rock and jazz bands, the first was the Rolling Stones at the Capital Centre in Landover, Maryland. Next I saw Roxy Music a couple of times, the B-52’s, Sun Ra, John Zorn, Public Image and many others. Rarely, if ever, did seeing any of these groups have any real effect upon me. It’s the small, unknown bands that I saw here and there over the years that have produced lasting memories as artistic events.

I saw The Matt Clark 5 in Baltimore. The memory has stayed with me for 30 years. The concert was in The Copycat Building, named for a billboard on the roof. Despite its name, the group was a quartet: drums, bass, guitar and singer. When I got there the concert had begun, the singer was on stage dancing, holding a half-filled bottle of Jack Daniels. He had an unusual way of dancing, every part of his whole body was shaking. The band’s hard-driving sound was influenced by surf music. The singer screamed out “Crazy Debbie” and the song changed. If I recall correctly, the only lyrics were “Crazy Debbie, I know your name and I know you’re insane.”  I learned later that it was about a young woman who hung out at The Mount Royal Tavern. If the singer’s dancing was unusual, his singing was as well, a combination of screaming and sobbing. This was used to great effect in another song they did, a cover of “The Batman Theme.” While the band played in a juggernaut-like fashion, providing a background image of the cruelest of implacable destinies, the singer repeatedly screamed “Batman.” It was like a hopeless cry for some impossible salvation. Then he fell to the floor and began sobbing out the same repetitive name of “Batman” into the microphone, as if he realized that his need would never be met. And as he sobbed, the band played on, indifferent to his fate.

Another concert that made an impression on me took place here in Paris at an open-mic night. I don’t even know if the band had a name. The group was made up of five charming young women. They got on stage and the first thing that everyone noticed was that the lead singer looked like she was nine months pregnant. It created a feeling of panic in the room, like anything might happen. They began a song in the purest tradition of untrained-punk-noise. Like The Matt Clark 5, their song was minimal, with two sections. The first was the repetitive singing of the phrase “I like fingers up my ass” and the refrain, in which the band joined in, was “One, two, three, four—Fist!” If the goal behind rock music is to shock the current status quo, I think this band, which might’ve been a one-time-only challenge between friends, could take the prize. After the song the lead singer pulled a foam appliance out of her dress and the whole band left. I felt like I’d been assaulted.

Another group that made an impression me was The Queer Beatles. This was a gay cover band that I saw at a squat party. They had homemade poorly-cut Beatle wigs and wore facial make-up and lipstick. Their set consisted of Beatles songs where they changed the pronouns, substituting the words “he” for “she,” “him” for “her” and “guy” for “girl.” They did “He Loves You,” “You’re Gonna Lose that Guy,” “Little Boy,” “I’ll Get You” and a couple of others. The band members would improvise dialogue while they were singing, commenting on each line as they went along. The gist was that everyone on earth was gay, including the Beatles, but didn’t know it. In a way, what they did was to demonstrate how any line of text, if the intonation is slightly changed, can be read as sexual innuendo. Not surprisingly, neither this group, nor any of the others have any videos posted on YouTube.

I now realize that what I liked about these groups wasn’t so much the musical aspect of the performances but rather their theatrical presence. These ephemeral bands were all conceptually interesting, like individual works of art. They’re like artifacts found in the dust, revealing aspects of some unknown, primitive and terrifying civilization.