Self Portrait Was a Decent Album, If Your Mem'ry Serves You Well 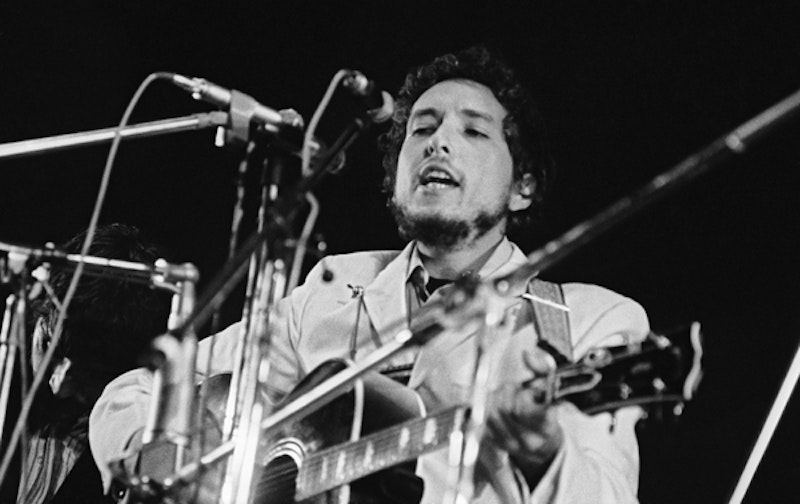 What Bob Dylan fan didn’t chuckle upon reading Greil Marcus’ Rolling Stone review of Self Portrait in 1970, where the scholar’s famous first words were, “What is this shit?” He was referring to the first track, the excellent “All the Tired Horses,” an oddball song that was a marked departure from the previous year’s pleasant but overrated Nashville Skyline (the album was about 14 minutes long, and though it contained “I Threw It All Away” and the Johnny Cash duet, “Girl From the North Country,” in retrospect it’s pretty forgettable). But that was a long time ago, so it’s not really surprising that Marcus, a fine writer who’s built a cottage industry on his Dylan books and essays, has written the liner notes for the forthcoming Another Self Portrait (1969-1971): The Bootleg Series, Vol. 10.

Already, a month before the new set is available, there’s a lot of howling from Dylan fans (found on the great Dylan/classic rock site, Expecting Rain), who are crying rip-off and wondering why anyone would possibly want to re-visit what was, at least more than a generation ago, considered Dylan’s worst release ever. I don’t understand this—didn’t in 1970, and still don't considering Dylan’s post-1976 body of work—since Self Portrait, while sloppy, is a very curious and sort of remarkable record. You could argue, I suppose, that Dylan’s cover of Paul Simon’s “The Boxer” was a goof, and maybe a slap at his imitator, but I got a kick, and still do, from the overdubs of Dylan harmonizing with himself. Dylan acquits himself well on the Everly Brothers hit “Take a Message to Mary,” and if his rendition of Gordon Lightfoot’s “Early Mornin’ Rain” is a loser, you can’t say that about “Copper Kettle,” “Days of 49,” “Blue Moon” (which was singled out for particular scorn, although I always thought it was an homage to Elvis’ stunning version of the song), “Wigwam,” “It Hurts Me Too” and several songs from his Isle of Wight live show in 1969.

Self Portrait is ragged, eclectic, eccentric and loose, something that certainly can’t be said for the so-so New Morning that was released in October of the same year, supposedly (and with Dylan one never knows) as an act of attrition. In fact, also in Rolling Stone, Ralph Gleason exulted after hearing New Morning that, “Dylan is back!” It was such a different media world then, when rock criticism was still in its infancy—RS began in 1967, on the heels of Crawdaddy!, Boston’s Fusion appeared, and though daily newspapers had the occasional review, most appeared in what were called “underground” papers—and every move that Dylan made was parsed and parsed and parsed 10 more times. Not so today, when even Dylan’s concerts, which are really abysmal, are chronicled song by song, and subjected to the worst kind of revisionism, on a par with sexagenarians claiming that the Stones are still “The World’s Greatest Rock ‘n’ Roll Band.” Creepy.

Stephen Pate, writing on July 19 in Oye! Times, is typical in his derision of Self Portrait, even as he admits he’s a Dylan “completist” who will fork over $105 for the “deluxe” four-CD set of Another Self Portrait that will include a separate disc of the Isle of Wight show (as will I). He writes, under the headline, “Is Bob Dylan Giving Fans Another Snub with Another Self-Portrait?”: “If you didn’t buy Bob Dylan’s Self-Portrait in 1970 it was probably for a good reason. The album was Dylan’s attempt to snub his loyal followers by producing a double album of old folk tunes and covers done abysmally badly, along with 4 songs from his Isle of Wight performance.”

Through the years, Dylan has claimed in various interviews that he purposely put out a lousy record so that fans would leave his family alone. As always, anything Dylan says can’t be taken at face value, since to this day he delights in mocking those who worship him. Even his wonderful book Chronicles, Vol. 1 (I wonder if Vol. 2 will ever appear), was filled with yarns, which didn’t matter since the prose was so engaging. My own view is that with Self Portrait, Dylan was having fun, didn’t give a hoot what people thought, and then just moved on. Anyone who thinks Dylan was comatose during the early 70s simply has to listen to his riveting short set for George Harrison’s Concert for Bangladesh in 1971; his countrified “Hard Rain” and “Love Minus Zero/No Limit” are brilliant; and though the lyrics are hard to believe his two versions of “George Jackson” (released later that year) were winners as well.

It’s said that future Bootleg Series releases will include the sessions from Blonde on Blonde and the full Basement Tapes, and that’ll be terrific. In the meantime, count me out as one who refuses to knock both the original Self Portrait and next month’s expanded version.