Don't Play It That Way 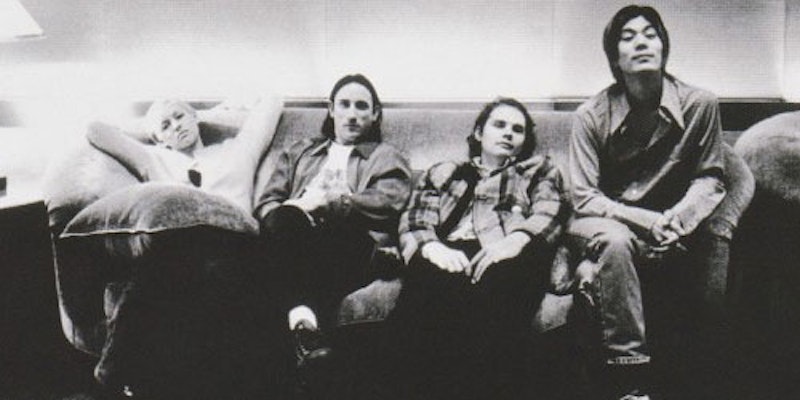 The pleasure of listening to pop music is the tension and release. A favorite song is satisfying because you know exactly what to expect. Recordings never change. They’re reliable, unlike most other forms of recreation. People often become irrational and filled with rage when that expectation isn’t met, or rejected. Most artists feel obligated to play their hits as they’re known, running the most indelible hooks deep into the ground. Even groups with mostly hardcore fans can’t get away with manipulating certain songs. People don’t love compositions; they love arrangements. This feels like a kick in the teeth to the artist, or worse, a continuation of the semi-imagined life-long marginalization that they started playing music to rise above. This toxic soup of fragile egos, artistic integrity, herd mentalities, alcohol, drugs, and an inflated sense of self worth usually leads to very interesting results. I think the most confounding example is how glacial rock group Low were received at a recent outdoor festival, as if they had a “Creep.” They played an extended version of an already long and noisy song with more noise.

I’ll be the ambassador for anything the Smashing Pumpkins produced from 1990 to 1999, which includes a lot of alternate and mutilated versions, many of them mean-spirited and deeply hostile to their adoring fans. The most infamous is the 1995-1997 show closer take on “Silverfuck,” an eight-minute song with two short, tight bursts of pounding mania framing long stretches of self-serious pseudo-ambient wankery—and that’s in its original form, on Siamese Dream. Later versions dumped those dynamics completely, retaining only the growling Drop D tuning, and selected lyrics. None of the melodies or signature riffs are kept around. Night to night, it would change, drastically, alienating everyone that came to hear the hits, which according to Billy Corgan, cost the band thousands of dollars each night in t-shirt sales. When a manager or business associate asks you stop doing something, it makes you want to do it even more, even though you know they might be right. But creative, high-strung weirdos tend to dig their heels in, even when it’s to their detriment.

Last week’s reissue of B-side compilation The Aeroplane Flies High features the first two officially released versions of the “Silverfuck” jam, recorded by the band in gloriously clear multi-track in 1996. The less notable recording comes from Copenhagen in the spring. Aside from a few beautiful moments, like when Corgan and Iha’s looping guitar pitter-patter link up in a glistening daisy chain, followed by thunderous sliding octave riffs—it feels tentative, and the payoff is disappointing. The 35-minute version from Landover at the end of the “Thirty-Three” disc is a major gem, the intuitive and natural realization of the anxious and scary vibe that came out more contrived just months before. This version is the last performance of the original line-up at their last show together as a “holistic unit,” before a brief reunion in the spring of 1999, so it’s a very important performance as well as an intense one. Structurally, it remains completely independent of its original album version, but by that last show, the band had fully realized the open-ended, quasi-Satanic feeling that earlier jammy takes on “I Am One” and “Siva” lacked. I’ve always had a hard time appreciating the “Silverfuck” jams, but hearing one of the best in hi-fi, it really sounds otherworldly, in a scary, ominous way. Although unforgiving, reckless, and temperamental, this experiment to mutilate a song and destroy it every night, with no rules, is noble and fascinating. Instead of being self-indulgent and oblivious, the Pumpkins succeed in transcending, or descending, into hell, with all the other untamed beasts.