Rock music in the 2010s was boring, and the only group that was totally original was Death Grips. 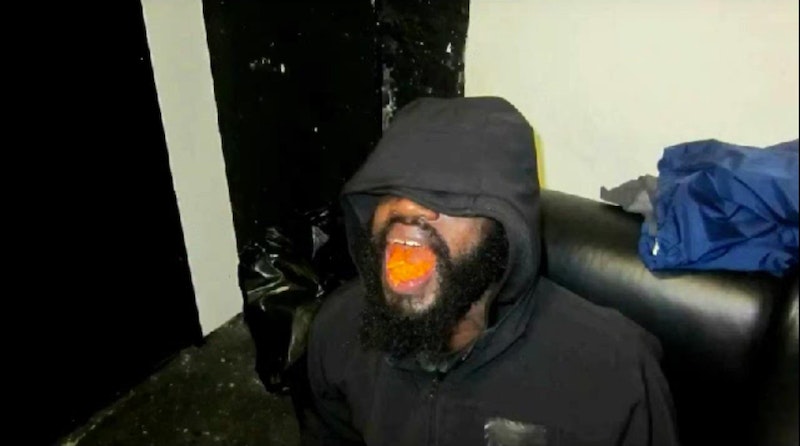 Rock music in the 2010s was boring, giving room for other genres to evolve. That’s not to say there was no good rock music in the decade. Cloud Nothings, Courtney Barnett, Beach House, and Snail Mail all put out terrific albums, but failed to usher in any new waves of alternative rock the way Nirvana did in the 1990s and The Strokes in the 20000s. There was one noticeable trend in indie rock, and that was a minor neo-dream pop revival where bands like DIIV, the War on Drugs, and Beach House drenched their music with reverb. There was also a brief time in the early ‘10s when alternative rock stations were filled with Mumford and Sons rip-offs like The Lumineers, where every single song had a stomp-clap-stomp-clap beat. Thankfully that fad died off quickly.

The only musical act from the ‘10s that was totally original was Death Grips. They’ve been called everything from industrial rap to digital hardcore, but I think Death Grips occupies its own genre. Even on their weirdest tracks where it sounds like MC Ride is shouting random words over disjointed digital beats, they always keep listeners on their toes.

Pop music was just as overproduced and prefabricated as usual, but the ‘10s had its outliers. Artists like Lana Del Ray, Lorde, and Billie Eilish stood out from the likes of Taylor Swift, Katy Perry, and everyone else who overused the annoying Millennial whoop with darker minimalist beats that were still catchy nonetheless. The ‘10s were also great for Adele, whose breakout 2011 album 21 proved that she wasn’t just another Amy Winehouse rip-off. For a solid year Adele dominated every radio station—from Top 40 to local alternative station WRNR—while scientists analyzed why “Someone Like You” made audiences cry. Unfortunately, her 2015 follow-up 25 didn’t have the intense emotion of 21.

Surprisingly, the Trump administration hasn’t inspired a lot of protest anthems the way George W. Bush’s administration did. All the best political music was made before Trump’s inauguration, and it all came from hip-hop and R&B. Trayvon Martin’s murder launched the Black Lives Matter movement and a national conversation about systemic racism in the mid-10s. Out of that conversation came Kendrick Lamar’s brilliant To Pimp a Butterfly. One of the album’s standout moments was the explosive track “The Blacker the Berry,” where Kendrick gave a giant middle finger to racist America. “So why did I weep when Trayvon Martin was in the street,” he muses at the end, “when gang banging make me kill a [n-word] blacker than me?” Another highlight was “Alright,” which became a rallying cry for Black Lives Matter. You know you’ve made it when your music becomes the soundtrack of a movement.

Both Beyonce and her sister Solange continued the black pride representation with their respective albums Lemonade and A Seat at the Table, although the latter is my personal favorite. Solange finally emerged from her sister’s shadow with a neo-soul album that chronicles the trials of being a black woman in 21st century-America. She sings about trying to numb the pain away in “Cranes in the Sky,” warns listeners not to mess with her in “Don’t Touch My Hair,” and advocates self-care in “Borderline (An Ode to Self Care).” Interspersed throughout the album are short soundbites from Master P and Solange’s parents about persevering through systemic racism in America. “Now, we come here as slaves,” Master P says at the end of the album, “but we’re going out as royalty, and able to show that we are truly the chosen ones.” It may not have inspired any memes like “Lemonade”—remember Becky With the Good Hair?—but A Seat at the Table is still one of the decade’s best albums.

Mumble rappers like Future and Lil Pup made careers by sounding like they were about to fall asleep. Instead of complex rhymes and clever wordplay, this form of rap consisted of one or two lines repeated over and over against the same backing track. All you had to do was get fucked up on codeine, say “I got bitches and hoes”—or, to be exact, mumble “Aygot biches n’hoes”—repeatedly over a simple hi-hat heavy drumbeat, and you could be an overnight sensation. I hope rappers in the 2020s will lay off the cough syrup and go back to being clever wordsmiths.