Grouper: Artist of the Decade

No other living artist compares to Liz Harris. 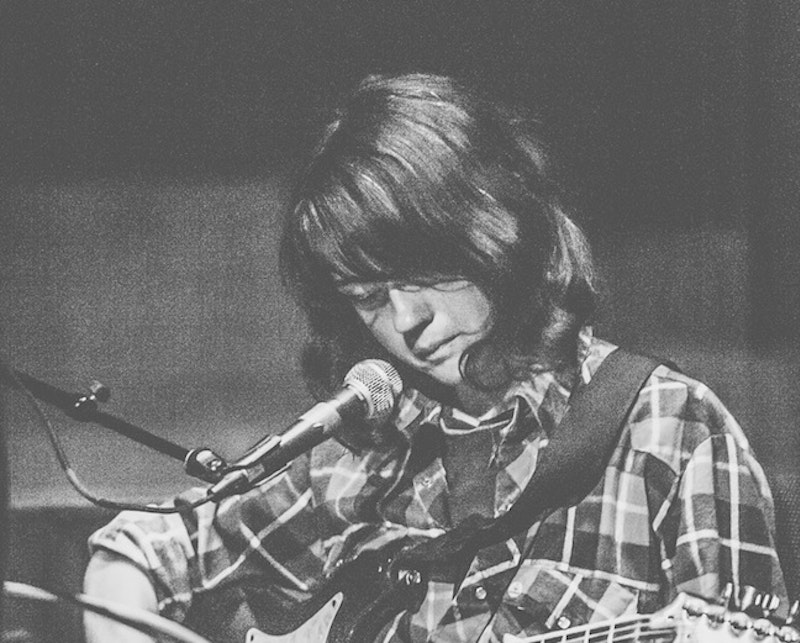 Since 2005, no other artist has been as consistent or prolific as Liz Harris, an artist based in Portland, OR best known for the music she makes under the name Grouper. Her 10th record, Ruins, released this year on Halloween, is only a capstone on a decade of incomparable work that is timeless and universal. Harris exists outside of any zeitgeist or scene, with no obvious reference points or clues to her influences, stifling music journalists who make a living out of making (up) connections. Frustrating them even more is her reluctance to give more than the minimum amount of interviews required for each new album or special appearance. She never tours and rarely plays live. Outlines of her upbringing and background are known, but she remains largely untapped by a public and press that inevitably suck the life out of anything they love. There are no Instagram selfies with Harris backstage or outside a club after a show, no tweets, confessional interviews, scandals, memes, jokes or jabs—nothing that disrespects the religious purity of her music.

And everyone seems to agree. Negative reviews are scarce, and the harshest thing I’ve ever read was “Enya making airport symphonies for hipsters.” That writer saw Grouper on the most extensive U.S. tour Harris has done, supporting Animal Collective in the spring of 2009, when Merriweather Post Pavilion was drawing business men, rubberneckers, jam band druggies, and ravers tweaking and tripping and ready to lose their fucking minds to “Brother Sport.” Even those that came already in love with 2008’s Dragging a Dead Deer Up a Hill were inevitably disappointed, either by her guitar-less tape collage and video set, or by the hundreds and hundreds of people talking over her. I was pretty far back at the 9:30 Club show, and Harris was invisible perched under tape decks and cables on the floor of the stage. Luckily, I bought the Dragging a Dead Deer CD after the show, and it slowly sanded me down that summer. I can’t remember the moment when “Disengaged” hit me, but that song still knocks me out. Play it after a long night and watch the room sit silent in awe as the Earth opens up and every Chatty Cathy zips it and observes at the altar.

As a musician, it’s sometimes annoying to know what equipment or effects an artist is using just by ear. If you want to cover a song or ape someone’s sound, recognizing chords, tunings, or a certain Digitech pedal is helpful. But usually, it distracts from the mystery of the music, and “Disengaged” was one of those songs that I had absolutely no idea where anything was coming from—what was playing the chords, how Harris’ voice was inside my head but a million miles away at the same time, or what series of maneuvers and loops upon double reverse loops could create such a gorgeous sheet of fuzz and rain that envelops the song and sends the listener into Harris’ most well known song, “Heavy Water/I’d Rather Be Sleeping,” the most straightforward guitar song on her most straightforward record. But Dead Deer and its companion piece, The Man Who Died In His Boat (recorded simultaneously but released five years later), are the outliers in Harris’ discography, unmatched in their lyrical and chord clarity until this year’s Ruins, the “adult contemporary record” in Harris’ own words.

Earlier records like Cover the Windows and the Walls, Wide, and Way They Crept are more thorn than bush, dense and very dark, with little resolution and a lot of pain. The melodies are grim and the words are completely bleak, with little of the melancholy or sublimation that defines her double-album masterpiece, A I A. Harris is more despondent and disconnected, and compared to the wistful delivery and remove of “Disengaged,” songs like “Cover the Windows and the Walls,” “Opened Space,” “Second Skin/Zombie Wind,” and “Where It Goes” feel like waking up in a graveyard, a ghost still wandering lost and confused. It’s an oppressive and scary sound, not of this world but viscerally familiar. Even the sugary melody and rich harmonies of “Follow In Our Dreams” feel trapped and claustrophobic. Sure, broken down, it’s a guitar and multi-tracked voices slathered in reverb and delay, but the result goes beyond technical wizardry, her angelic voice, and good songwriting.

Liz Harris' genius is enormous: Grouper music sounds like something that is tapped into, not created. Harris’ gift in capturing the in-between states of our natural cycle is what puts her in rarefied air—it goes far beyond the relatively simple joys of being in love with a band, song or an artist’s persona. Grouper music is like peeking into the afterlife, or a parallel spiritual world that only affects us subliminally. The subliminal force of Grouper music has me convinced that Harris is merely a conduit for the voice of the universe; that the sound coming out of her pedals and tapes and guitars and keyboards is only passing through like the wind, waiting for her touch. Grouper music is holy, a musical narcotic with no known side effects except contagious evangelizing on its behalf. Anyone that loves Grouper music treats it with a respect and a genuine awe. Words fail, and categorization isn’t impossible but irrelevant. Unlike every other artist, Harris’ integrity is never questioned. Even if you only play her records occasionally or find her boring, the transcendent and penetrating beauty of her voice is impossible to deny, and tellingly, no one tries.

In her most lyrically clear and direct songs—“Water People,” “Alien Observer,” “Poison Tree,” “Heavy Water/I’d Rather Be Sleeping,” “Invisible,” “Stuck,” “Living Room”—Harris aches for spiritual ascension, an “alien observer in a world that isn’t mine,” “looking for the place the spirit meets the skin.” She laments the limbo she’s broadcasting from, stuck between sleep and waking life. But as often as Harris is sick with isolation and loneliness, she sublimates into pure energy, a benevolent and enlightened spirit guiding the listener under her wings. “Moon is Sharp” and “Vapor Trails,” both from Alien Observer, the second LP that comprises 2011’s A I A, are as emotionally potent and evocative as the most revered classical composers, timeless as any major work of the last millennium. I’ve never been a religious person, intellectually or emotionally—but Grouper is gospel to me, and I connect with it the same way people connect with Jesus or Buddha or Yahweh. The formless abstraction of “Sleep” from Violet Replacement is Holy Communion. If art is an attempt to alleviate loneliness and existential confusion, to communicate that we’re not alone in our feelings and in our hearts, nothing has had more of a profound impact on me than Grouper. Even though it’s a solo project, Grouper is completely absent of ego—it’s communal and universal.

Even Ruins, the only record where her feet are on the ground, has that swimming sense of flow that makes it just as immersive as her most abstract work. Everything Harris touches has that feeling and intuition, a gift for the ages. In a world with no one to believe in, where our governments lie to us and kill and imprison with impunity, where the apocalypse is always nigh, and recorded music has been completely devalued, Grouper is truly a gift from God, a one-woman courier with vivid images of what it’s like when you die, when you’re despondent and disconnected, when you’re a lost soul, when you’ve finally found rest. It exists outside of any cultural canon or zeitgeist, and will endure as long as humanity does.