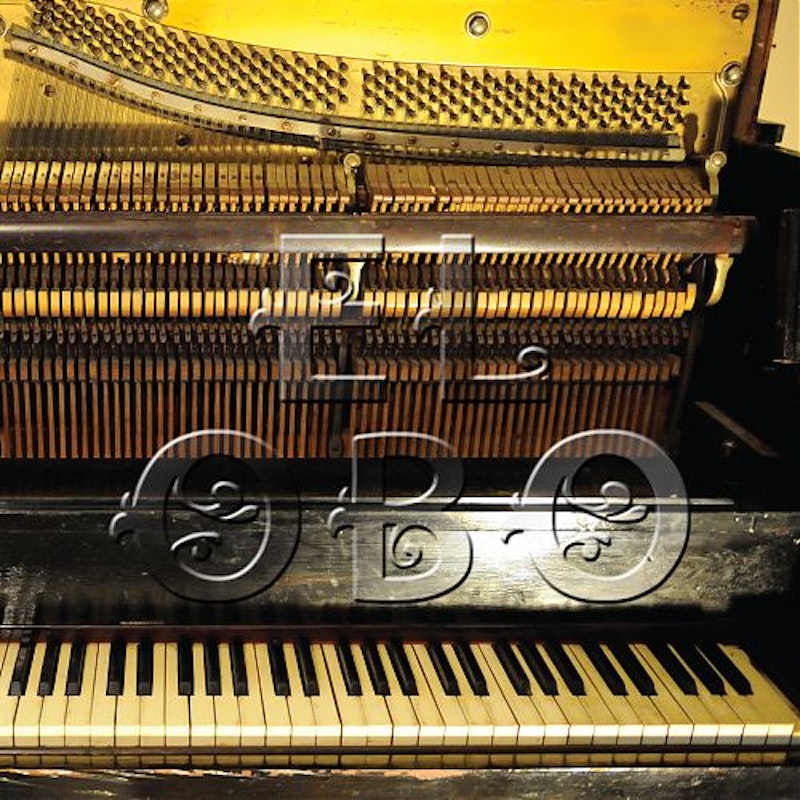 This past October saw the first official solo release from Tim Kasher, frontman for Cursive and The Good Life, and part of the Saddle Creek cohort that redefined 90s indie rock with their Midwestern angst. That it took Kasher something like 20 years (if we count earlier bands The March Hares and Slowdown Virginia) to put out a solo album is fairly incredible, but it was worth the wait: The Game of Monogamy is a beautiful album, full of rich orchestration and the kind of earnest, famous-in-my-20s-now-I'm-almost-40 songwriting that Kasher's old friend (and Commander Venus partner) Conor Oberst will never pull off—if only because most of us turned on him as a sell-out long ago.

So it only makes sense then that Jesse Coppenbarger, frontman for Colour Revolt, would finally release his own solo album, recorded as El Obo and worked on for more than five years (early demos here), since Colour Revolt have, by now, established themselves as probably the best of the post-Cursive indie rockers.

Oxford Basement Collection (due out May 10) is thoroughly its own album, as distinct from Colour Revolt as The Game of Monogamy is from Cursive, and what could have been nothing more than an acoustic CR set is, thanks to some wonderful backup and subtle production—Steven Bevilaqua's twangy fills on "W8 Off My Mind," for example—a fine album in its own right. In fact, as with Andy Hull's Right Away Great Captain folksy side-project, Coppenbarger's weary vocals sound so good here, those who come upon El Obo first may be turned off by CR's distortion-driven frenzy.

2) Fan Modine—Gratitude For The Shipper

While it's true that Fan Modine's last album, Heartland, got the good ol' Pitchfork stamp of approval—an 8.0 rating, with Marc Hogan saying it's "a sparkling reminder of the winsome pop gems in American listeners' backyards"—that was more than six years ago, and it's hard to say if Gordon Zacharias' uh, let's say, "odes" to all your favorite indie pop bands of the 90s will be as appreciated on his latest album, Gratitude For The Shipper. The fact that in 2011, nearly 10 years after his debut, Slow Road To Tiny Empire (which is 20x more exciting than either Homeland or Gratitude), Zacharias is still pretty much Stephin Merritt-lite is unfortunate, but then again, should I applaud him making the same album again? Think about it, even with Chris Stamey producing, and about six or seven really talented Chapel Hill-area musicians backing him, dude's still trying to re-work The Wayward Bus and Distant Plastic Trees into something his own. Surely someone in that studio said something.