Wasting Light is the Foo Fighters best album in more than a decade. 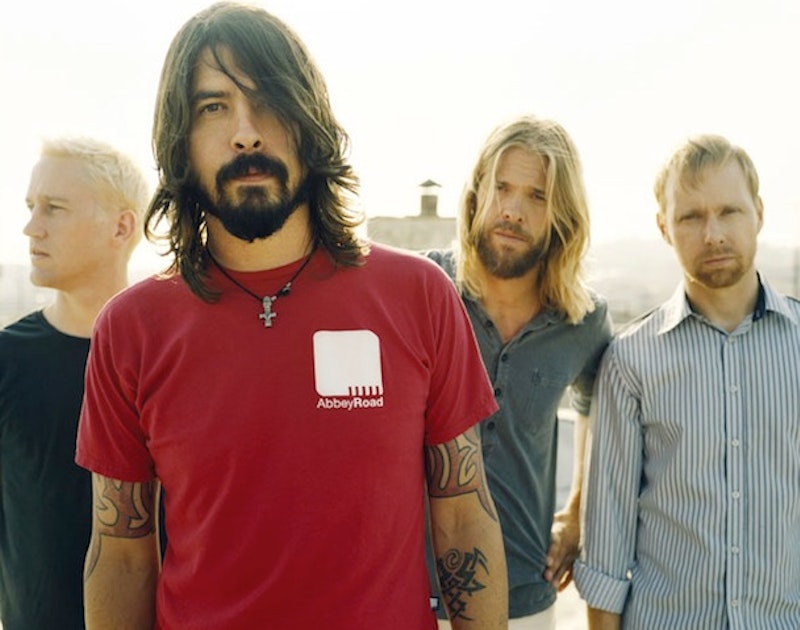 For his seventh studio album fronting Foo Fighters, Dave Grohl has, as he so often instructs his concert audiences, set all dials to rawwwwk. As indicated by its “let’s go, let’s go” title, Wasting Light pours on the anthems and the attitude, barely pausing between its 11 songs for ballads, buffoonery or breath.

It makes for a pretty punchy ride; if not quite the “all killer, no filler” that was clearly Grohl’s aim, Wasting Light is easily the group’s most flat-out consistently enjoyable effort since The Colour and the Shape, 14 years ago. And if the absence of a “Walking After You” or “Big Me” is slightly disappointing, at least we’re also without much of the “mature” self-seriousness that sank most of In Your Honor and Echoes, Silence, Patience & Grace.

At least some credit for this must be given to Josh Homme, erstwhile ruler of Queens of the Stone Age and leader of Them Crooked Vultures, the “supergroup” he and Grohl formed with Zeppelin’s John Paul Jones. Homme’s putting Grohl back behind the drum kit seems to have reacquainted him with what it takes to deliver hard-hitting tunefulness above all; if TCV’s album suffered from Homme’s lazy/stoned approach to lyrics, it undeniably kicked much melodic ass—a lesson that Grohl took to heart.

With the first words of the album—a shrieked “These are my famous last words”—indicating that Grohl’s put his navel-gazing days behind him, Wasting Light opens with “Bridge Burning,” whose four-on-the-floor riffarama ably supports the look-back-in-anger lyrics. Those lyrics may lean a bit too heavily on the fire metaphors, but with this kind of aural assault, who cares?

The tricky meter of “Rope” recalls Physical Graffiti-era Zeppelin as it delineates an on-the-rocks relationship, while “Arlandia”—built upon a spiraling riff and loud/quiet/loud vocal approach that wears its Hüsker Dü influences on it sleeve—carries off its quizzical title (a woman’s name, apparently) into a melodic maelstrom.

The Hüsker influence is made explicit with the inclusion of Bob Mould on the mid-tempo “Dear Rosemary”;  Grohl’s rock rolodex also brings Lemmy’s onboard for the out-and-out thrasher that is “White Limo,” a white-knuckled screamer that’s already a concert favorite. The string-drenched “I Should Have Known” is the closest that Wasting Light comes to a ballad, a simmering expression of disgust that finds the group abetted by old Nirvana colleague Krist Novoselic on bass and undetectable accordion.

By most accounts Grohl’s a happy family man, so the sheer number of “she fucked me over” tunes here is a bit of a surprise. “Should Have Known” is built around the clenched-teeth declaration “I cannot forgive you yet,” while the forcefully gorgeous “These Days” declares in its chorus: “Easy for you to say/Your heart has never been broken/Your pride has never been stolen,” before concluding with a grim smile: “Not yet, not yet.”

But whatever the source of his angst, the sense of Grohl’s recommitment to the Foos’ cause is palpable, supported impressively by the other members—not least invaluable drummer Taylor Hawkins, who’s yet to be confronted with playing something beyond his inventiveness and swing.

Wasting Light was produced by Butch Vig—you know, the guy whose work on Nevermind has been derided for being too shiny, at least when compared to overrated knob-twiddler Steve Albini. It’s true that the new disc’s sound is bright, but then the Foos’ output has never exactly been known for its (pardon me) grunginess to begin with. What got Grohl to bring both Vig and Novoselic back to the fold at this juncture hasn’t been addressed publicly, as far as I know, but the hard pop sensibilities of Vig and Grohl mesh wonderfully here.

At this late date, Foo Fighters are never going to be members of rock’s pantheon; Grohl’s hopeful comparisons of the double-album In Your Honor to Physical Graffiti showed admirable ambition, but the paucity of Honor’s overall content was ultimately a let-down all around. Better to consider the Foos as the modern-day AC/DC: They’ve got a sound they’re comfortable with, a palpable sense of fun, and the seemingly effortless ability to rock like a motherfucker. There are a lot worse places to end up at.