In 1973, The Rolling Stones slipped into steep decline, just a year after their masterpiece Exile On Main St. 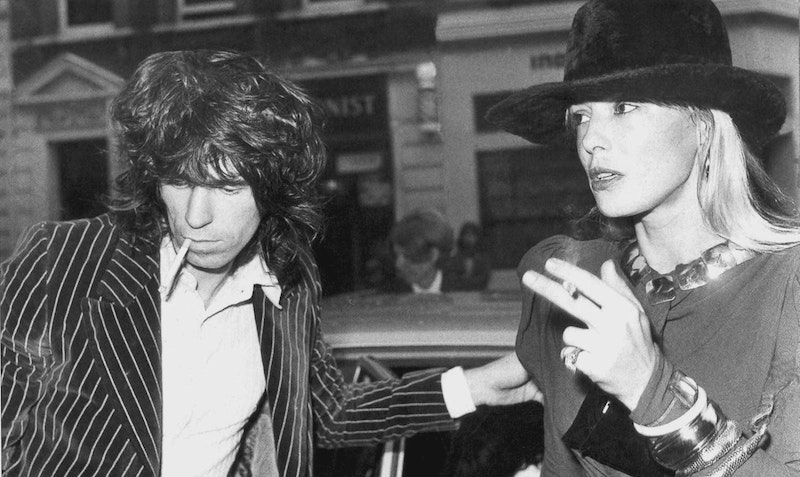 A few days ago, while watching the little-remembered—but visionary—Half Nelson, showcasing one of Ryan Gosling’s best performances, I commented to my son Nicky about his 9/28 Splice Today story, “Jeez, you really pulled a rabbit out of your hat.” (Just the day before he said he’d no idea what he’d write about.) That’s a now-ancient expression—once a cliché—that’s not in use much today. I’d spent the weekend re-listening to the Rolling Stones’ pretty awful Goats Head Soup, which just received the deluxe reissue treatment (I went the cheapo two-disc set; the extras weren’t released for a reason.) The record is as ancient as that once-celebrated rabbit.

It’s been 30 or so years since I subjected myself to Goats Head Soup, and it’s no mystery why. Released on the last day of August in 1973, just 15 months after Exile On Main St.—arguably the band’s masterpiece, and my favorite, nudging out Beggar’s Banquet and Let It Bleed—the LP was unfortunately notable: it was astonishing how quickly the world’s favorite band had slipped into slipshod material, never to recover. There are no killer songs on Goats Head Soup; “Starfucker” compared to “Rip This Joint”? “Coming Down Again” to “Sweet Virginia”? or “Winter” (I’d completely forgotten that song even existed) to “Tumbling Dice”? I still shake my head over the band’s rapid descent; I’d seen them (with Stevie Wonder as the opening act) on the Exile tour in the summer of ’72, a spectacular show, and had no inkling—who did?—that that would be the Stones’ last hurrah.

Nevertheless, I have a curious (to me, if no one else) memory of “Angie,” the first Goats Head Soup single released, on August 20, 1973. I was a janitor at a Princeton University biology lab—minimum wage then was $1.85—and it was an easy job. An eight-hour day, but I’d complete most of my chores by 11 a.m., which gave me plenty of time in my boss’ dingy office (he didn’t have much to do either and would disappear for hours, shooting the shit with other lifers in the building) to read five newspapers every day, novels and magazines, while listening to the local FM station. Just a few weeks before I was headed south for my freshman year at Johns Hopkins, “Angie” played on the radio and I was transfixed. Loved the song, and I still can’t figure out why. It was one of those tunes that you “can’t get out of your head,” but in a good way, not like “It’s Too Late” or “Winchester Cathedral,” for example.

It made no sense. Mick Jagger’s lyrics were pedestrian, even a bit embarrassing. But when he sang, “Angie, Angie/When will those clouds all disappear?/Angie, Angie/Where will it lead us from here?/With no loving in our souls/And no money in our coats/You can’t say we’re satisfied,” the line about “no money in our coats,” reminiscent of John Lennon’s worst song “Imagine,” with the “no possessions” baloney, it didn’t bother me. I wasn’t listening to the lyrics, but rather Mick’s vocal, which blindsided me, a 1/1000 shot. I almost never fell for the sappy shit—in retrospect, this was Mick’s “Yesterday,” which I didn’t like at the time, and can’t even listen to today—but I loved the way he strung out the syllables of the title character. “Aiiiinnnn-geeee.” Weirder still, I had no real connection to the song: no “Angie” in my life, and I liked clouds.

The night before my brother drove me down to Baltimore, with a trunk and box of records, I tapped out on my Olivetti a short article about “Angie,” just to get it out of my system. During the first week of school, I talked about it with my friend Mark Borsi, a sophomore who’d befriended me during a visit there the previous April and let Howie Nadjari and me crash in his dorm room, and he—Mark was a very cool cat who got his beak into the best JHU scenes—offered to give the article to someone at the school paper, The News-Letter.

I was thrilled, and surprised, when it was published a few days later, the only story I’ve ever written under the byline Russell Smith. Although that was the only piece I peddled freshman year, I kept the clipping in my wallet, and there it remained until 1986 when, at the City Paper offices on N. Charles St., my suit jacket was pilfered. As a curio, I’d sure like to see it again, even though the embarrassment factor might be high.

Anyway, it turned out my roommate, and I hit it off immediately—fortunately he brought a turntable—and on the first day compared records. Lots of duplicates: Dylan, Stones, Byrds, Everly Brothers, John Prine, Joe Cocker and Fairport Convention. He was from Texas, and introduced me to Jerry Jeff Walker, Willie Nelson, Link Wray, Doug Sahm and Bob Wills & His Texas Playboys. Using the jargon of the era, I turned him on to early-1960s Stevie Wonder, Bessie Smith, Pharoah Sanders, Spirit and Honest Tom Pomposello. He said he liked my “Angie” story (not much chance, when you’re doubled-up in a tiny cinder-block room, that he’d disparage it) and we went downtown’s Saratoga St. to buy Goats Head Soup. We listened to it several times and agreed it was a stinker (although he liked the soporific smack song “Coming Down Again,” I think for some rude slang he interpreted; it was “a Quaalude straight to my tingling loins,” was the stoned, modern William Blake explanation) and I’d be surprised if it hit the turntable again that entire freshman year.

The following year was the last time I bought a Stone LP: It’s Only Rock ‘n Roll, which, aside from “Luxury” was even worse than Goats Head Soup. (The Stones, in 1974, covering the obvious Temptations hit “Ain’t Too Proud to Beg” was a sign they didn’t give a shit.)  Over the years, I’ve liked “Memory Motel,” “Beast of Burden,” “One Hit (To the Body)” and “Mixed Emotions,” but c’mon seersucker, after Exile it was time to hit the road, Jack.