Gary Calamar: The Life of a Music Supervisor

As a boy, he slept with a transistor radio under his pillow. 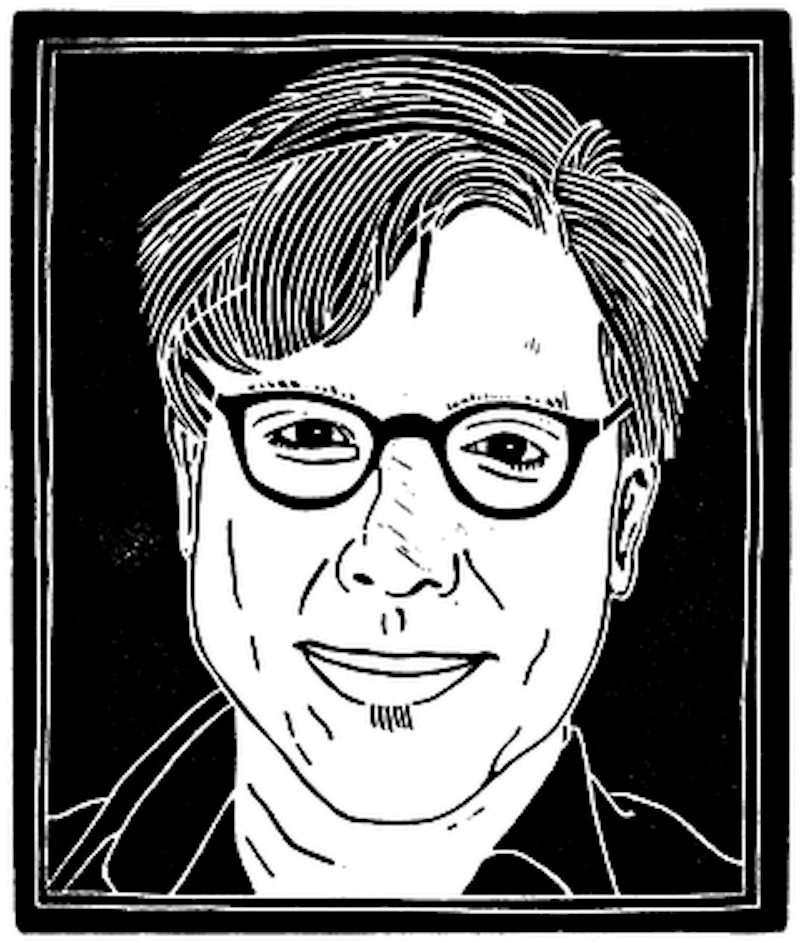 Gary Calamar is a Los Angeles-based Music Supervisor and radio DJ. He's hosted a Sunday night show on KCRW for 15 years and he's responsible for one of the signature moments in Music Supervision history: the Sia song "Breathe Me" that concluded HBO's popular series Six Feet Under.

Calamar was born on Friday the 13th in Yonkers, New York. As a boy, he slept with a transistor radio under his pillow. He fell in love with film music after his parents took him to see West Side Story and A Hard Day's Night. He also began a love affair with record stores, spending hours scouring bins for new and obscure music.

He moved to Los Angeles in the 1980s. He began working at iconic record stores like Licorice Pizza and Moby Disc. He managed the famous Rhino Records in Westwood and came to appreciate the community of the record store and the social function it provided. "I worked in Licorice Pizza when John Lennon was killed. I had the day off but came in anyway because people needed a place to mourn and I needed to be there. Michael Jackson was the first major death of a musician where we didn’t have records stores to help us mourn.”

In the mid-90s, Calamar began volunteering at KCRW opening mail and filing CD's in the station's music library. He became friendly with music director Chris Douridas, who one day mentioned they were looking for a new weekend DJ. Calamar dropped to his knees and begged Douridas to give him a shot. Douridas obliged and Calamar’s DJ career began.

In 1998, Calamar ventured into the world of music supervision. His first film was Slums of Beverly Hills and his first placed song was "I'd Love to Change the World" by Ten Years After. His next film was Varsity Blues, and soundtrack earned a gold album. In 2001, filmmaker Alan Ball (American Beauty) chose Calamar and partner Thomas Golubic to supervise music on his series Six Feet Under.

The show established a new model for placing indie music in cable television and Calamar & Golubic were nominated for Grammy Awards for Soundtrack Volumes 1 & 2.

Six Feet Under ran for five seasons. The final episode concluded with a nine-minute scene where Claire says goodbye to her family as she finally leaves home. As she drives into the desert, a montage ensues and we see how all the characters ultimately die. The scene is extraordinarily moving and it required a perfect piece of music to heighten the emotion. As a radio DJ, Calamar had been playing the song "Breathe Me" by Australian singer Sia for several months. He presented the song to show runner Alan Ball and a masterful music/image pairing was born. To this day, it's impossible for Six Feet Under fans to listen to "Breathe Me" without tearing up.

The job of Music Supervisor involves overseeing all aspects of music placement in a film, TV show, commercial or video game. A Music Supervisor finds the songs, negotiates the licensing and often helps secure a composer for a project. In the late-60s and early-70s, American directors began prominently featuring rock songs in films. Notable examples include Harry Nilsson's cover of "Everybody's Talkin'" in Midnight Cowboy and Steppenwolf's "Born To Be Wild" in Easy Rider. Some directors structured entire movies around a specific band or musician like Mike Nichols' use of Simon & Garfunkel in The Graduate or Hal Ashby's inclusion of Cat Stevens in Harold & Maude.

Song selection plays a crucial role in film and television. Francis Coppola's use of "The End" by The Doors in Apocalypse Now brings the story to an intense dramatic pique. Conversely, poor song choice can mar an otherwise great film. Butch Cassidy & The Sundance Kid is a classic film but the "Raindrops Keep Falling On My Head" bicycle sequence makes people cringe. Though some filmmakers have a strong personal sense of music (Wes Anderson, Jim Jarmusch, Quentin Tarantino) the majority needs the help of a capable Music Supervisor. This is where Calamar steps in.

Calamar: "We get the scripts early on. We read the script, take notes then wait to see a rough cut of the show. We go through the show scene by scene [with the producer and director] and decide what we're going to do musically: whether it's going to be scored or whether it'll be a song. Everyone will throw in their two cents and then I'll go back to my office and start putting ideas together... trying different songs. I'll try to narrow it down to three to five songs and I'll work with the music editor to cut them into the scenes. Then we show them to the producer and director and a final decision is made."

In 2006, Calamar founded GO Music with longtime colleague Alyson Vidoli to manage his various music supervision projects. This led to his work on some of the most acclaimed shows on television: House, Dexter, Weeds, Entourage and True Blood.

Calamar's lifetime love and knowledge of music comes into play every day. His job requires a critical ear and a comfort level with all musical genres. True Blood features Louisiana swamp blues and gothic jams while Dexter opts for Cuban and Latin music. Calamar finds songs from a multitude of sources: music blogs, demo tapes, iTunes and live shows. His Sunday night radio gig grants him access to music most people never hear, and also gives him freedom to experiment with songs.

"The big difference between the radio show and the TV work,” he says, “is that I don't have to work by committee on radio. I'm the DJ, I can play what I want and suffer or get praised by that. With TV it's much more of a collaboration and the song that I might think is perfect may get shot down."

Calamar’s also a writer. His 2010 book Record Store Days: From Vinyl to Digital and Back Again recounts the evolution of record stores from bastion of music culture to their current near-death status. Technology is changing but this has always been the case. “In 1924 there was a time when people thought records were really bad for musicians. People were just getting used to electricity and many artists resented the presence of records. They thought nobody would buy sheet music anymore.”

Even though he finds most of his music online these days, Calamar maintains his love for record stores. “To this day, the first stop I make in any new town is to the weird local record store. It's how I get my bearings." In 2011, Calamar was honored as "Music Supervisor of the Year" by his colleagues in the Guild of Music Supervisors.