And, go figure, it's got nothing to do with his sexuality. 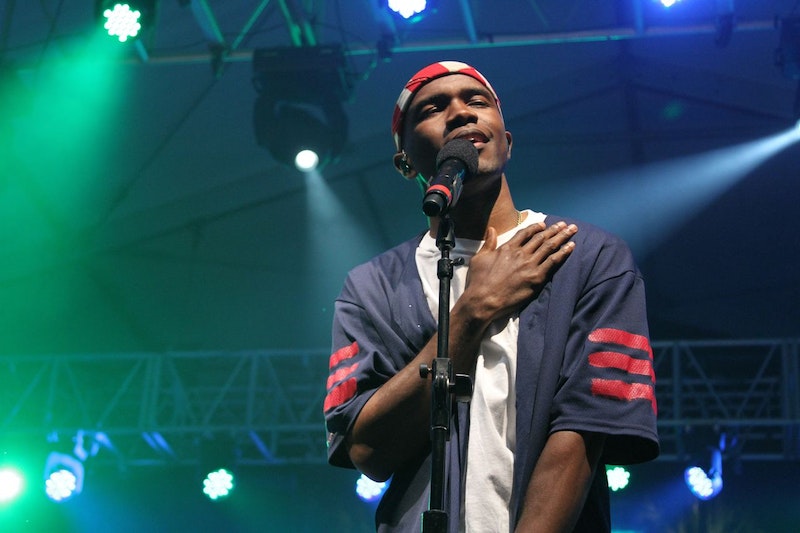 When it comes to R&B most of us think of overly long albums comprised of overly sexed jams comfortably floating in a bathtub of their own machismo. In this context there's rightly much-ado about Frank Ocean and what some in the press have called a brave coming out. All hype aside, his debut album, Channel Orange, recalls the golden days of R&B, a time forgotten, some decades ago in which the quality of the music defined an artist's star power.

This raises the question: What exactly is Ocean's stardom defined by? It would be wrong to dismiss him as just a gay R&B artist. For starters, many of Ocean's lyrics are not, contrary to popular belief, about homosexual love. Aside from “Forrest Gump,” the topic is hardly addressed explicitly. Rather, the tongue-in-cheek absurdity of, say, “Super Rich Kids” offers Ocean's thoughts on the album's one overarching theme—that excess often ruins a life, not in any obvious display of fireworks but through slow paralysis. Both the unknown supplier and the user in “Pilot Jones” and “Crack Rock” come across as rich and sympathetic character studies. Ocean is too keen an observer of both sexes and too much of a vocal talent to allow the album's focus to drift from the agenda of displaying the quality in the breadth of material he covers.

Channel Orange is ambitious in its musical scope. There's plenty of jazz bass, Rhodes pianos, and there's even some Hendrix-like guitar work by sometimes guitar virtuoso John Mayer. Classic jazz numbers trade off with Prince-infused funk jams and gospel choirs. The production approaches the effortless scope of the best Al Green and Marvin Gaye productions. “Pyramids”, Ocean's current single, is the album's one straightup electronic track, however much like the supposed motivation of its creator's lyrics, the track seems a bit of a red herring. Despite how much of an epic modern pop contribution it will inevitably be cited as, its electronic instrumentation, images of pole-dancing, and a rapped bridge come across as problematically contrary on a record largely defined by thoughtful instrumental and vocal arrangements. However, even in this idiosyncratic moment of pensive motel suite champagne-sipping, Ocean's persona does have the final say with a wry nugget of wisdom “let it be some jazz playing.”