Dubstep: Does It Really Suck?

The defender has arrived. 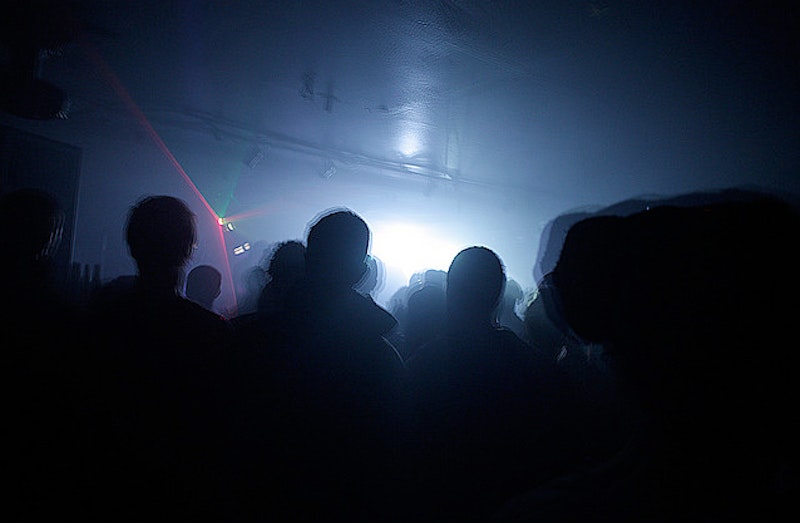 What I take issue with is how absolutely vapid all of this music is. It is completely empty, derivative, and means nothing. In defense of dubstep, a lot of my friends argue it succeeds exactly at what it aims to do—that is, music designed to get fucked up and dance to. It's not good on its own terms as music. But there is plenty of good, distinctive music that does that without being shallow and nihilistic: look at Daft Punk, Primal Scream, Javelin, Fatboy Slim, or Basement Jaxx. Dub Nation's hedonistic and narcotic-obsessed aesthetic is offensive to me as a music fan, because it reduces the music to merely a trip-aiding accessory, totally useless on its own. Not to mention how diluted and homogenous the sounds used are. I've (reluctantly) listened to a lot of this shit and I can't tell a difference at all between artists. "WOMP WOMP WOMP"—yeah, I get it. This is music that lacks personality or sincerity. It is faceless.
So wrote Nicky Smith, in an article posted on Splice Today back in December. As these things do, it generated a lot of controversy, with outraged fans squalling as if bitten upon their gyrating posteriors by rabid foaming weasels.

One of the squalors (with posterior firmly placed in chair, thank you) was me. Which is a little odd, because I’m not actually a dubstep fan in any meaningful sense. I’ve heard a handful of artists associated with the scene, but it’s hardly one of my favorite genres. I’ve certainly never been to a dubstep concert. I don’t really go to any concerts anymore. I have a kid and am middle-aged and boring (thus the posterior in the seat.)

Still, I’ve listened to the odd dubstep album…and I like it pretty well. More than that, my experience of the genre is diametrically opposed to Smith’s. He claims that all the bands sound alike. To me, though, the genre seems to be one of the most rapidly diversifying scenes in music. Martyn, one of the well-known innovators in the genre, sounds like electronified lounge—sort of a more laid back, less sugary Pizzicato Five. Bands like Legion of Two and Necro Deathmort, on the other hand, flirt ponderously with metal, dragging grimy bits of doom and drone across their bitterly screeching microprocessors. Even bands Smith specifically mentions as part of the faceless hordes of soundalikes, like Borgore and Deadmau5, seem pretty different to me. Deadmau is disco-y easy listening; Borgore is misogynist abrasive electronic stuttering with rudimentary rappers. I wouldn’t exactly recommend either of them, but for bands nominally in the same genre, they really don’t sound much alike.

Nor does either of them sound especially similar to Swarms, whose new album Old Raves End was just released at the end of last month. As the title intimates, this isn’t so much music to dance to as music to drift-away-into-mental-fugue-to; blissful druggie coma music, rather than the sweaty druggie party music that Smith describes.

In fact, Old Raves End is, for all intents and purposes, shoegaze music attached to electronica beats. I would call the subgenre dubgaze, except that I’m not sure it really deserves a new genre title. It fits very comfortably on the shelf next to other latter-day electronica/shoegaze hybrids, from Aphex Twin’s lyrical moments to M83.

Which isn’t so bad. I can tolerate M83, and I love Aphex Twin. Swarms isn’t smashing paradigms, but the album has the nice sense of line you expect from shoegaze fans. “Flickr of Ur Eyes” is maybe the best track, wedding slowly chiming repetitive guitars to processed breathy vocals and those omnipresent drums. It’s music by which to watch slightly stoned elves frolic with slightly stoned butterflies. “Hostile” takes a few steps towards Martyn’s territory, with more insistent, almost swaggering beats alternating with atmospheric washes while some dance-drowsed pretty boy with a new wave haircut opines that he is lonesome and that you should tell him that you love him. Smith would no doubt be annoyed…but I rather like it as a comedic interlude. Soon enough we’re back to the elves and butterflies.

I can’t say I love this album; it’s not as gratingly sweeping as M83 can be, but it doesn’t have the twee sublimity of really first-rate neo-shoegaze like A Sunny Day In Glasgow. In part it’s just that the songwriting isn’t consistently strong or varied. In part it could be the dance roots. The beats add bombast, but bombast isn’t necessarily what I’m looking for in my dream pop. Still, it’s exciting to see a genre metastasizing before your eyes, and it makes me think that a great dub/shoegaze hybrid may appear someday, even if this isn’t quite that. Still, even if Old Raves End isn’t great, I wouldn’t say it sucks.