The Queen Diva of Bounce. 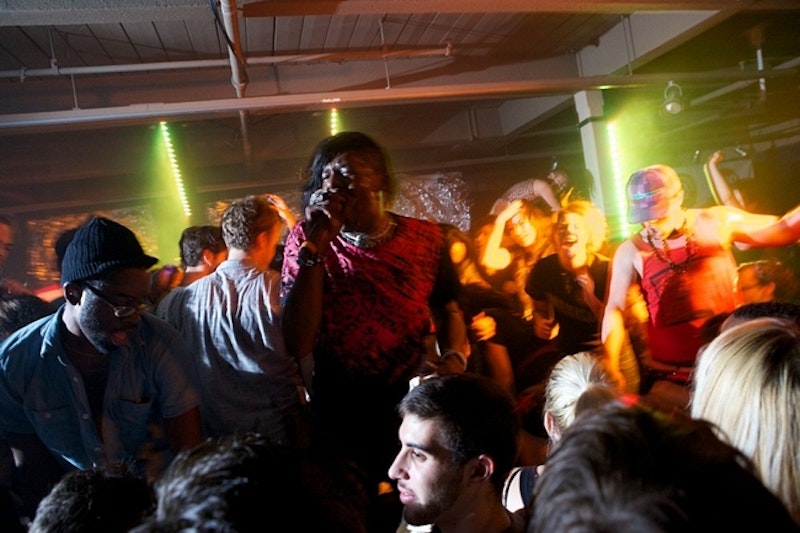 James Brown passed away almost five years ago, and as far as I’m aware, no artist stepped up to drape the cape of  “Hardest Working Man in Show Business” over his or her shoulders. If anyone deserves to inherit that particular mantle from the Godfather of Soul, it’s Big Freedia, the Queen Diva of Bounce.

Big Freedia has been performing six nights a week, often doing multiple shows, traveling to New Orleans, the South and anywhere else they’ll book her. Bounce music (which I’ve written about for Splice previously) has been around for nearly 20 years, but hasn’t raised its profile outside the parishes, partially for a lack of trying. New Orleans has always been insular, wary of outsiders—and it’d hard to argue with results. The city is teeming with music that’s outrageous, unique and inimitable, and you just can’t hear it anywhere else. That was, until Hurricane Katrina and the subsequent diaspora created a demand for bounce outside Louisiana (YouTube didn’t hurt either).  I’ll let Freedia explain in this clip from the Carson Daly Show:

What’s more amazing than the fact Carson Daly might actually have the best musical taste of all the late night hosts, is that its taken this long for Big Freedia to emerge as a star (a word I use here lightly, she’s far from a house hold name). Her first vinyl release, a 12” featuring “Azz Everywhere” on 540 Records, dropped at the beginning of April (full disclosure, I made the press release in exchange for two free copies of the record) alongside an EP for Scion.  Additionally, “Ya’ll Get Back Now,” finally got the video treatment. It is glorious (glory-ass?).

I’m too young to have seen James Brown in his heyday, but I don’t think it’s exaggerating to say Freedia has the same force of personality, and more importantly, the same manic energy Brown brought to the stage. Brown’s musical resume is much, much more impressive (the man basically invented funk!), but Freedia has found the same primal rhythm that just about forces you to dance. I have just about no ass to shake, but good god that did not stop me, or anyone else, from trying to get down. The second time I saw Freedia I found myself on stage, where I managed to dance my pants all the way down to my ankles. When Freedia says, “bend ova/like I told ya,” you listen.

Dancing to bounce music is both deceptively simple and incredibly difficult. All you have to do is throw on something that slaps, arch your back, get on the balls of your feet, grab something to lean on (the wall, your ankles) and jiggle whatever comes loose. The hard part is maintaining stamina, about two minutes of this left my legs feeling like jelly with my heart beating out of my chest like the Nazi at the end of Raiders of The Lost Ark. Toot it up, make it clap—call it what you will, but do not miss a chance to catch Freedia in your city.