Dreams of What Never Was

Drifting into unidentified realms of reality with Tim Feeney and Aaron Michael Butler. 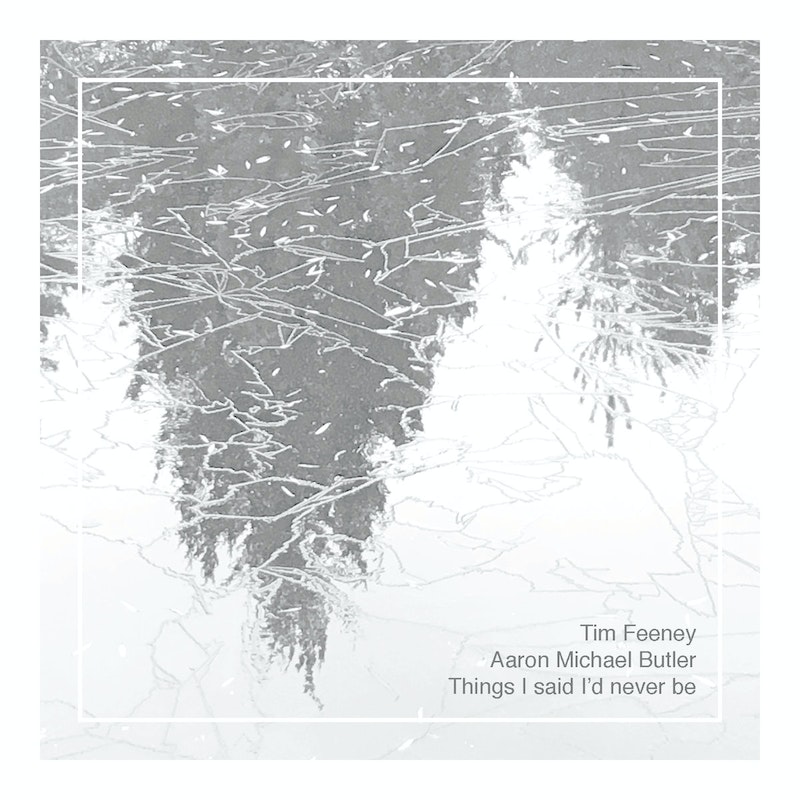 Things I Said I'd Never Be, an album from Tim Feeney and Aaron Michael Butler, is representative of the minor details of everyday life. It begins with cracks and squeaks of what sounds like old floorboards tip-toed upon. Eleven minutes in a droning drum roll begins and ends just as quickly, as if a creature that had begun emerging had suddenly ceased. Seventeen minutes in the sound of rain bristles delicately, or perhaps paper’s being crumbled. Maybe Butler placed contact mics upon single blades of grass to capture the wind’s rustling. Though the sources are indistinguishable, the sounds produced are pleasant.

The textures are sculpted to precision, requiring patience and serious listening. The spontaneous drum roll tunes in and out throughout the piece and at times sounds like it could just as well be the clambering of pots and pans. Percussion is used differently in this piece than its conventional function of providing rhythm. Drums drift naturally into a droning effect, as a rebellion against the norms of theory that western society has constructed.

Written for percussionists, Things I Said I'd Never Be was composed by Feeney in 2014. In the liner notes he writes, “These sounds intertwine and react with one another, the ambient sound and energy of their recorded and metaphoric locations, and bloom into the ensuing space inhabited by the listener, slowly and surely if tuned so that the initial noise from the past is just audible in the present.” The challenge of composition is to present the listener with new ideas. Once the ideas are performed and recorded, the listener is then invited to interpret these sounds to their own individual benefit in order to better understand themselves and the world through an unforeseen auditory lens.

Feeney and Butler capture acoustic sounds in their natural environments. They reproduce them into a different context, altering the meaning of the moment in which the sound was previously recorded. The sounds that pass through this recording are documentations of specific moments in time. Feeney and Butler manipulate the concept of time by aurally fusing past with present. It reminds me that the boundaries of music are limitless.

There are moments in this album that exist in alternate universes, unfathomable to the limited imagination. Yet with sound one can drift into unidentified realms of reality, into worlds that humankind has not yet foraged and fractured. The piece concludes with crickets chirping until its abrupt finale, blending the space between noise and silence.

This recording was performed by Aaron Michael Butler live in 2015 in Louisville, KY. It was later released on Full Spectrum Records, a label that centers around, but isn’t limited to, unique compositions and experimental music. Stream or purchase the album here.