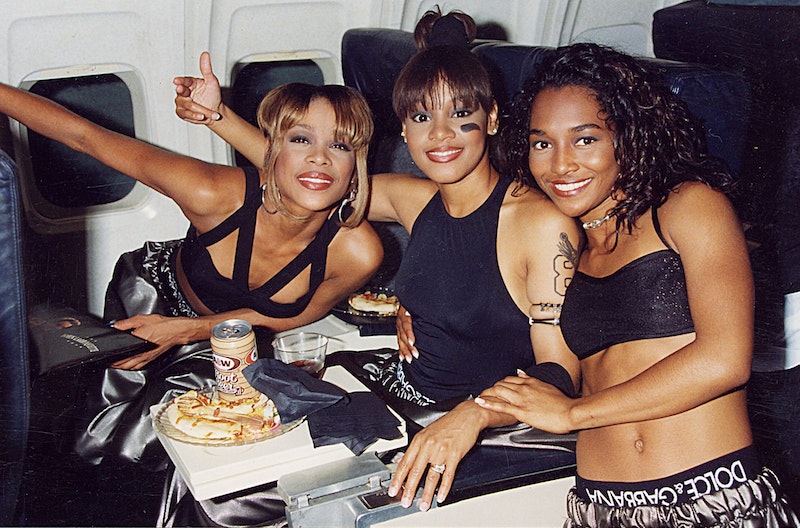 We often take the 1990s for granted, especially when it comes to networks like MTV, which existed solely to rub the ass of culture in our faces. A highly influential media outlet that had no shame or decency, MTV rode the tiger all the way to the bank. Yet there was a time when everything was not an ironic social experiment about Dadaism or traditionalism. Shows like The Simpsons were the natural state of mainstream American comedy, yet they managed to employ postmodern Marxist humor to their 9-5 demographic. While people are now saying that they can't stand The Simpsons, it appears that anything created before Aqua Teen Hunger Force is an ancient relic.

See TLC’S “Waterfalls,” a song and music video that we once overlooked. There was a distinct purity in a time when black lives (matter) were not about hashtag initiatives but cold hard reality. TLC, also standing for tender loving care, was a band that created their music and videos without irony. MTV aired “Waterfalls” consistently, often spliced with clips from the brilliant Liquid Television and the crowd-pleasing Beavis and Butt-head. How were we to know that we would all get Singled Out?

There’s nothing postmodern about “Waterfalls,” a song produced to educate children about AIDS and avoiding fast choices that often lead to fatal consequences. The message of TLC wasn’t to wear booty shorts and be Beyoncé, but to honor Chesterton’s fence for the sake of prosperity. If you don’t understand why a barricade is there, perhaps one should simply accept that it exists for a reason.

“Waterfalls” was a wholesome outfit about sticking to the knowns in order to fight against decay. Contrary to modern protest movements in which white liberals compete with race peddlers to see who can be the most SWPL, “Waterfalls” had a message of pride and caution in an era when artists like Foxy Brown were displaying feminist sex-positive messaging.

The moral of the story is this.

You ain’t getting shit until you stick your tongue in this.”

While “Ill Na Na” was appealing to the liberty-inclined consumers who wanted to do drugs and have sex in fast cars without getting shoved in the trunk, (quite sensible, yet still Pixar-for-adults) “Waterfalls” managed to be family-friendly without liberal pandering. The song and video for “Waterfalls” stand out as a foundational point of history in a world of critical theory and her various unicorn rides. While TLC was not broadcasting their desire for sex-positivity, they highlighted the protection of their bodies in order to avoid disease.

But I think you're moving too fast.”

These were pre-Obama-maybe-change-is-actually-bad lyrics. Meanwhile bands like The Spice Girls were about irony, pop messaging, and “girl power.” At the same time, R&B artists like Ginuwine had one message only, and that message was as follows:

Ride it, my pony

Come and jump on it.”

TLC were never heralded as conservative pioneers, possibly because it’s only among white liberals in which being a sensible person is considered conservative. I’d be hard pressed to find any black nationalists who didn’t understand the tenants of civic nationalism. Kanye West expresses support for Donald Trump and his dragon energy, recognizing a unity among fellow Americans.

While progressive favorites like Beyoncé have become political activists in the league of Bill Nye and all those pay-to-say leftists, TLC remains virtuous as they signal safety and kindness. Tender Loving Care was CrazySexyCool, but they didn’t need to prove it through being shocking or derivative. They refused to dress modestly, but chose their own styles despite the trends of those idiotic booty shorts. More Camille Paglia than xxxPolyMomma69xxx, TLC held their own in a genre saturated with mindless sex, cars, and bitches.

TLC was a lot like Mister Rogers in their messaging. Despite an outlook that today would be considered sex-negative, (or maybe even TERF!) the members of TLC wore whatever the hell they wanted to on stage. Take that, Lena Dunham! Let’s all do a toast to ignoring the waterfalls of the future.