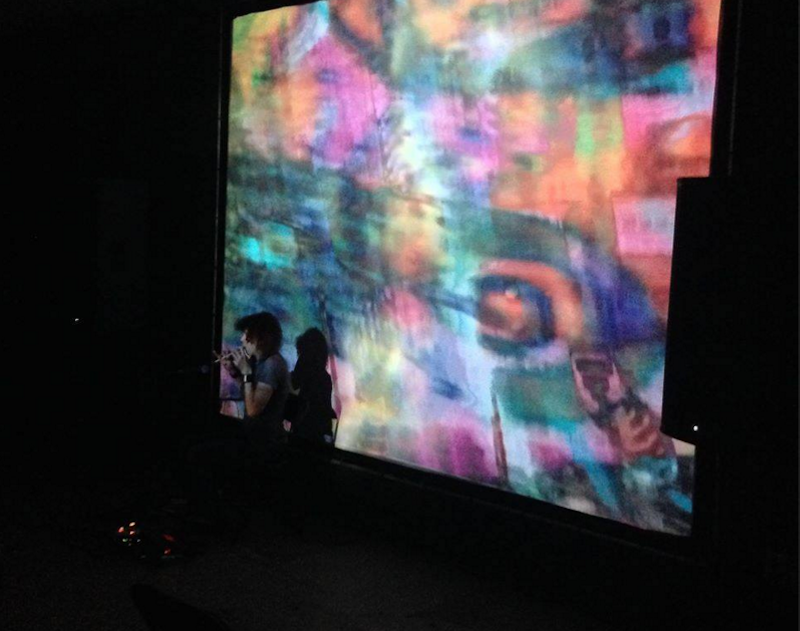 The words "nature music" evoke quiet glades, serene pools, and Wordsworth swooning into the landscape. Your heart with pleasure fills, and dances with the daffodils.

Before the Romantics celebrated nature, medieval peasant folk knew it was best to give witches a wide berth. Ka Baird's new album, Sapropelic Pycnic, goes back to the earlier era, when the forest was filled with things creeping at night into your cottage to steal your bairn. "Sapropelic" means organic matter decaying in mud, and the album is filled with the ominous odor of nature as dead stink. The first song opens with electronic twitterings, oscillating not-quite-woodland sounds that flutter on the edge of painful screeching. It's as if massive brooding black ravens have disguised themselves as small birds in order to lull you into sleep and peck out your eardrums.

Baird's been lurking in this overcast and inimical Acadia for more than a decade now. She's best known for her work with Taralie Peterson in the band Spires That in the Sunset Rise. Spires is categorized broadly as psychedelic folk, which in this context means, "folk music that has gobbled up all the other genres and is coming to eat you too, my pretty." The duo released Illinois Glossolalia this year with jazz percussionist Michael Zerang. The set shows how far from folk folk music can go. The title track sounds more like Webern or Zorn than Zimmerman, with spooky operatic wails and vocal trills, screeches, and mutterings which all threaten to dissolve into silence. "Taggla" has a more traditional quavering folk vocal, but it's set over Eastern percussion, creating an eerie disjunction. "In time my cries will be in my mouth," the singer intones, and then mutters about being eaten by lice and fleas.

Sapropelic Pycnic is less aggressively avant-garde, but that makes it scarier. Rather than evaporating into the aether contemplatively, it stalks you for your blood. "Tok Tru" has a staggering, druidic ritual feel that echoes the spooky murder ballads of Comus. Baird whispers and gasps while the flutes puff, and then she starts to laugh and yodel. You can just about see the skyclad witches twirling around their cauldron.

"Ka" is in the same vein, but even more abstracted, the flute tweets so foreshortened they become a rhythmic effect layered over expelled air and percussion to turn into a Philip Glass minimalist trance. The repeated lurching patterns in separate channels are disorienting, especially on headphones—it's the aural nauseating equivalent of watching a hand-held camera film. This is music to listen to as you're throwing up over the side of a boat.

"Oneiric" goes farther from the woods, or deeper into it, depending on your perspective. It opens with buzzing electronic feedback that slides into chanting on the edge of ambience, like a swarm of insects devouring Enya. "Transmigration" is also built around washes of sound, though Baird's quasi-classical vocals give the track more of the feel of a lieder; Elizabeth Schwarzkopf singing while the grasslands lurk.

The final track, "You Are Myself," is the one song that might channel that Wordsworth restfulness. The tempo is slowed down and the keyboards and flute are pretty rather than weird, throbbing and threatening. In light of the rest of the album, the track's lyricisim sounds parodic. "You are myself, when the world's hard to carry/in the sun you'll be swathed," she sings, as close as I can make out, as her multi-tracked voice fades into the distance. That could be a message of comfort or a song about contemplating one's own extermination. The last sound on the album is an electronic pulse suddenly cut off, just to remind you one last time that nature is a scythe.