Make Me Stay Sharp, and Keen 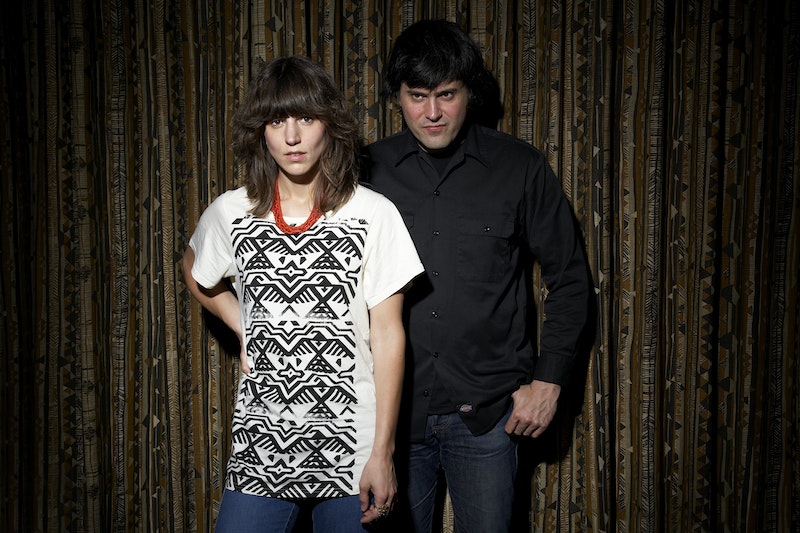 They came, they saw, and they spastically conquered over seven intense years in which I somehow managed to miss every tour. In piecemeal fashion, I prefer my Fiery Furnaces straightforward and un-labyrinthine for whatever reason, so this list was a bear to create.

Siblings Eleanor and Matthew Friedberger won me over with a “Baltimore/Inner Harbor Sportszone” shout out, but that’s just one of this protracted Gambler’s Anonymous prelude’s many charms; the more time you’ve spent in the dark bellies of casinos or wrestling with any kind of impulse, the harder “Borneo” will hit, even though it’s baldly fantastical in most ways.

How baffling would this one be as a karaoke or double-dutch standard? When not riddling, it’s twisting tongues into sailor's’ knots.

Towards the band’s end, the Friedbergers found themselves capable of pathos, cul-de-sac-ing listeners in choruses that doubled as wall-length mirrors; in this regard, “Lost at Sea” is Exhibit A.

A babbling brook of synthesizers and equanimous guitars in service of a nautical-throwback parental bummer that wasn’t written by the Decemberists.

Even fans shaking their heads in sad disbelief at my list will probably agree that the further removed from Gallowsbird’s Bark the Furnaces travelled, the harder it was to enthuse; that original greasy, wiseacre blues was where the band shone brightest. It’s impossible to listen to “Two Fat Feet” without cracking at least a tiny smile, regardless of mood you’re in.

Like an interactive round of Candyland on acid; I kinda wish some intrepid DJ would mash this up with Stephen Malkmus and the Jicks’ “Phantasies,” since the two songs share some kooky, spiritual DNA.

A police procedural that mostly elides the violent crime that’s it’s raison d'etre but splurges on decorative detail otherwise and dines out on lyrics like “I shared a Woodpecker cider with a local fratricider,” “Blancheflower” represents the peak of the Furnaces’ daft radio-serial prowess.

Just out here goofin’ on eskimos and tropics and end-sounds that (suspiciously) rhyme. If a story happens to materialize, excellent; if not, no big deal.

A vigorous bit of Spanish history hearsay your professor probably won’t tell you about - because it probably isn’t really true.

An Ernest Hemingway novel with some forthrightness added; a Scott Wolven short story with all the meth subtracted. Narrative and rhythm alike are suffering sprains, but that’s hardly to the music’s detriment. Hope and longing get tangled up in forest life; loneliness is triple-underlined, implying something far more dire.