Artists without proven chart power or a long legacy are weighing in with new albums. 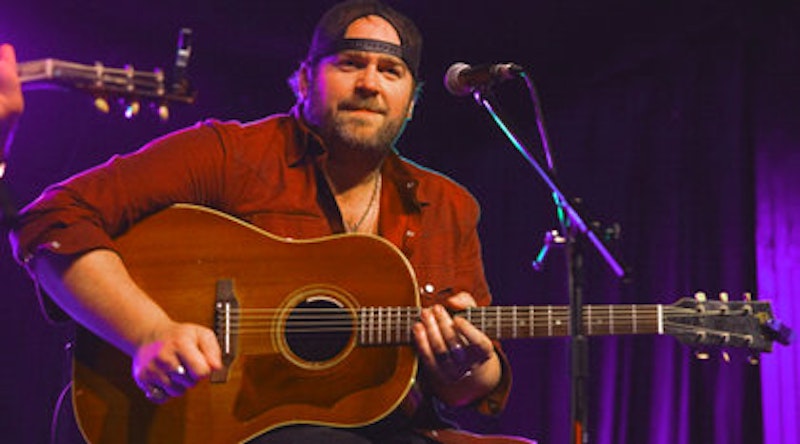 In September and October, most of country’s biggest singers are releasing albums: Tim McGraw, Lee Ann Womack, Kenny Chesney, Blake Shelton, Lady Antebellum and Jason Aldean. It’s not just the marquee names, though. The middle echelon of singers—artists who have released an album or two, but don’t necessarily have proven chart power or a long legacy—are also weighing in. This group includes Lee Brice and Dustin Lynch, both of whom put out albums earlier this month.

Brice’s previous release, Hard 2 Love, had strong moments. The title track was the hit, with a rhythm section that wouldn’t have been out of place on some 1990s pop grunge. And Brice had a killer teary number too: “I Drive Your Truck.” Everyone cracks wise about the prevalence of truck songs in country music (though no one bats an eye when Springsteen puts out another song about cars or driving), but Brice manipulates the trope. The truck usually serves for hookups and parties; here it’s the way Brice communes with his missing loved one, the only part of her he has left.

For I Don’t Dance, Brice makes sure to cover these bases again. He leads with an “aw:” the title track, which is all over country radio (spoiler alert: he does dance in special situations). If that song is the heartstring tug, “Always The Only One” follows in the footsteps of “Hard To Love.” It’s a straight rock song with a snappy beat and a hook that comes at you like a roar.

“That Don’t Sound Like You,” one of the more affecting tracks on the album, also displays Brice’s gift for manipulating the genre. “Girl I’m glad you called,” he sings, “first heard you talk/took me a second, cause I couldn’t hear your drawl, and that don’t sound like you.” What did she used to sound like? “Truck tires on a gravel road.” (Rhett Atkins helped write this one; he’s a member of the Peach Pickers, who have written their share of country hits.) Brice’s best love songs always come back the things he loves most about country music itself.

But I Don’t Dance is haunted by the ghosts of other songs. On “Good Man,” Brice sort of sing-raps, showing that he’s listening to the current sound of country and also that he’s not capable of emulating it. “Somebody’s Been Drinking” is a lesser version of Jake Owen’s “Alone With You” (both songs are co-written by country’s star writer, Shane McAnally). “Drinking Class,” which Brice performed on Letterman, includes a nice pun in the title, but country is full of odes to blue collar drinking, and this one isn’t funny, rowdy, or tragic enough to be moving.

Dustin Lynch also had several strong songs on his eponymous first album. The hit, “Cowboys and Angels,” climbed to number two on the country charts, but other songs were more exciting. “Waiting,” tough and elegant, told a heartbroken tale—he took too long to ask a girl for marriage, and now the tables have turned, and he’s the one waiting, hoping to get a second chance with her. “Your Plan,” a bonus track written solely by Lynch, is the kind of finger-picked ballad that country radio could always use more of. “Hello, it’s been too long,” he sings, “my fault, I haven’t called.” This could be the sequel to “Waiting,” as he tries to win her back.

On the new album, Where It’s At, the title track—and lead single—is as good a country crossover song as you’ll find this year, with cascading guitars, a big beat, and a perfectly placed vocal tic. After that, though, the album thins out quickly. Lynch is a fine, if not necessarily distinctive, singer, and he’s at ease with beefed up country rock. But he needs to inhabit strong songs.

He doesn’t get them here. “Halo” has a thick bass trudge that doesn’t quite gel with the fleet, sing-song hook. There’s a party track of course, but like many such songs, it suffers from the false belief that singing about a party automatically creates a festive atmosphere. Like Brice, Lynch shows he knows what’s trending in his genre—“Sing It To Me” features the line, “when you start you make my heart beat like an 808.” But again, like Brice, Lynch’s sound doesn’t have much hip-hop, so importing this language seems sort of silly.

What’s surprising is that Lynch should have had no shortage of strong tracks to pick from, since he focused heavily on getting top talent to help him with this album. He told Billboard, “It’s crazy to think that the most successful songwriters in the world want me to hear their songs. We didn’t have that with the first album.” Without getting tracks from the big names for Dustin Lynch, the singer was forced to write or co-write all but three songs—including the radio hit, “Waiting,” and “Your Plan.” But for Where It’s At, he had a different set of options available, including songs from writers with strong track records, like Ashley Gorley and Josh Osborne. This makes the album's songwriting weakness all the more unexpected.

In that same interview, Lynch cited advice from Garth Brooks, one of the biggest stars in any genre in the last two decades. Brooks told Lynch, “The reason I’ve had the success I’ve had was I’ve always tried to record and find the best songs possible.” Both Brice and Lynch struggled implementing these wise words. (That said, Brooks’ comeback single, “People Loving People,” is nothing to write home about either.) It’s smart for Brice and Lynch to release their albums before the veterans, who will likely sweep these boys off the charts.