Can [Fill In The Blank] Save The Record Industry? 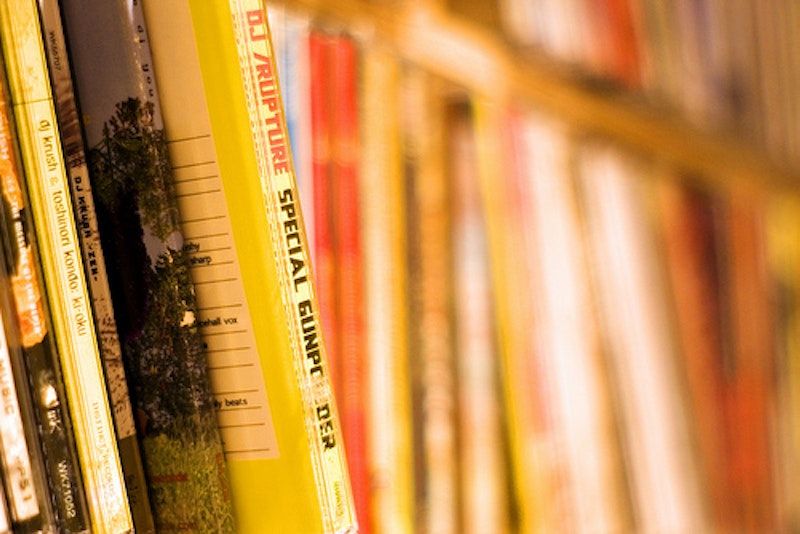 I’m glad that I no longer have to regularly cover the recording industry for a number of reasons: Along with the never-to-be-recaptured sales levels that the biz has been enduring over the past decade, there’s the collateral damage of friends losing their jobs, and the bean-counters are now running the show more than ever.

But one of the happier results of all the carnage is that I don’t find myself slipping into writing articles wondering whether a single album can “save” the record industry.

In the current era, such pieces have been around since the Beatles collection 1 succeeded in topping charts the world over, convincing those both within and without the industry that music fans who went to their local Tower or Virgin Records to pick up the Fabs would stick around long enough to grab the latest by D’Angelo, Eminem, Mudvayne, or Barenaked Ladies.

And, back when Tower and Virgin Records (and Circuit City, Borders, and probably about a dozen of your favorite indie music stores) still existed, that theory held some water. But as the era of digital downloads has continued to gain steam, that argument has very definitely sprung some leaks, to the point where the glass isn’t half-empty anymore—there’s barely a glass to consider.

Nevertheless, over the past several years we’ve been subjected to a number of articles headlined “Can [Fill in the Blank] Save the Record Industry?” Titles failing to have done so run the gamut from Beyonce’s B’day and Springsteen’s Magic to Michael Jackson’s Invincible and Madonna’s Hard Candy. The hapless EMI was supposed to be “saved” by the release of Coldplay’s X&Y and Gorillaz’s Demon Days in 2005. Radiohead’s name-your-own-price gambit with In Rainbows was allegedly going to point the industry in a brave new direction, while its most recent creative disappointment, The King of Limbs, was also supposed to spark a mass return to the music retailers.

Never mind that today’s music fan is more interested in having individual tracks than entire albums; this logic holds that once someone gets excited after hearing Chris Martin and company promise to “Fix You” (I don’t know who such a person would be, but bear with me), then they’ll storm over to Ronny’s Record Reservoir—or at the very least iTunes—and start snapping up catalog by King Crimson, Kraftwerk and Kris Kross.

This is a lazy journalism trick, devised to lure in the unaware and/or the easily impressed with the theory that a collection of a dozen or so songs is going to rescue an entire moribund industry in a manner reminiscent of John Wayne leading a cavalry charge to save Henry Fonda and his pinned-down soldiers in Fort Apache. The problem, of course, is that Wayne never makes that charge, and Fonda and company are slaughtered.

So it is that we turn today to TheWrap.com, the sometimes-valuable/oftentimes-risible entertainment news website, to find a lead story entitled “Why Lady Gaga’s Born This Way May Save the Music Industry.” Ex-Newsweek staffer Johnnie L. Roberts’ use of “may” in his headline is certainly well-advised.

In fairness, Roberts isn’t simply piling on the Gaga Mania that’s been in hyperdrive over the past few weeks (Fuse spent the weekend presenting “Gaga Thon,” which if looked at the right way could be read as “Gag-A-Thon”). He’s not claiming that sales of Born This Way, LaGa’s latest Madonnalike effort, will induce her legions of fans to take complete leave of their senses and start buying new Kate Bush, She Wants Revenge, or Philip Glass titles as well. Instead, his premise is that her “360-deal”—wherein an artist’s label gets a cut of the act’s various extracurricular activity, including product endorsements, promotions, and other ancillary avenues—may point to (yet another) brave new world for the labels.

In this case, LaGa’s label Interscope and its parent company, Universal, stands to make untold millions from the Lady’s link-ups with everyone from Polaroid and Sprint to Estee Lauder and Coty; the report claims that Interscope’s already made some $100 million off of Gaga’s non-music ventures.

That’s all well and good, but isn’t Gaga something of an anomaly? More-or-less peers like Beyonce, Rihanna and Gwen Stefani don’t labor under 360 deals, and by definition it’s impossible to measure whether any of the current wave of new acts who do will end up selling anything like Gaga.

The Wrap piece promises to be “part one of a three-part series”—are your undergarments still dry?—which should see us through at least until June 24, when Beyonce’s 4 arrives. You know, just in time to save the record industry.