And Billy would’ve done well in the Brill Building. 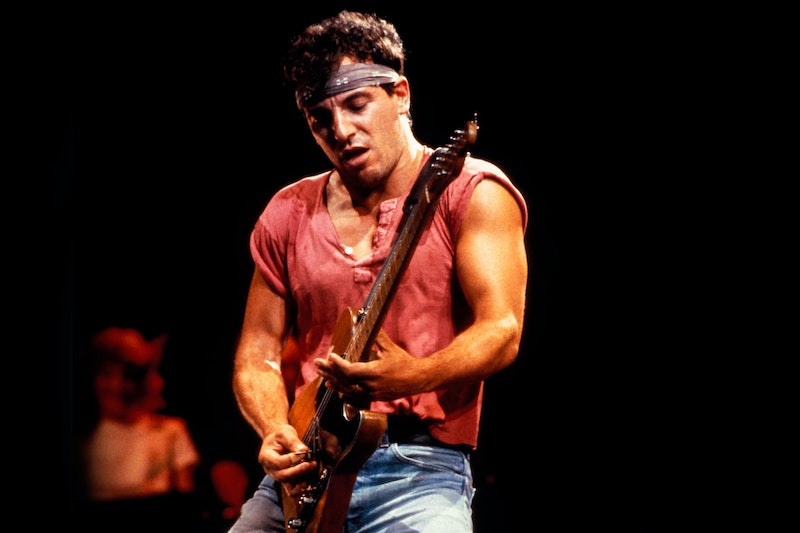 As regards these two Damon Linker columns about the imminent death of most of the rock era’s stars and the demise of rock music itself, I’ve always found it interesting that Bruce Springsteen excites such admiration among middle-aged center-left pundit/journalist types: not only Linker, but also David Remnick, David Brooks, and Eric Alterman.

I suppose nothing could be said about this phenomenon, on the not unreasonable basis that nothing could be as natural as that suburban centrists should admire Mr. America and buy his records. But then, on the other hand, masses of sophisticated cultural commentary could, in fact, be written about it—warehouses full of Verso monographs and cultural studies PhD theses—on the basis that the reverence accorded Springsteen by the stewards­ of centrist opinion is meaningful, one of the keys to understanding our moment. For now, given that Brother Aiden and I have to drive out to Greensburg today to drop off a check with the man we’ve hired to castrate our hogs (Mother has a nasty case of tennis elbow), I choose silence.

It occurs to me, though, that had Springsteen smashed his car into a Turnpike pylon around 1976, he would’ve left behind an only slightly objectionable legacy, as opposed to the cultural Superfund site that will survive him when he finally limps off into the sunset behind the Raritan Mountains. We’d know him as a skillful local New Jersey knock-off of Van Morrison (with a little Bob Dylan thrown in), a musician the cloying operatic grandeur (derived largely from doo-wop) of whose final album, Born to Run, would’ve been tolerable given that that was the extent of it and it never went any farther than it did.

But Springsteen didn’t die. He burgeoned—evolving, if that’s the right word, into the groaning and melodramatic grotesque who’s been blasting sentimental garbage at a vulnerable society through a firehose for the better part of the last half-century.

I’m also struck that Linker, in the newer column of the two linked above, invokes Billy Joel as someone who has something to do with “rock music.” A musician of skill Joel no doubt is, but his productions, some better than others (“New York State of Mind” is as good a song as “Piano Man” is awful), have never belonged to rock music. Joel’s in fact an heir to the Brill Building tradition, a fluent pop professional whom one can imagine cynically hacking out Broadway show tunes to make a killing off women like my mother, may she rest in peace, who in her later years made an annual pilgrimage from Shaker Heights to New York City, to patronize the Times Square theaters and see, in her words, “what those people have contrived to put up on stage this year.”

But this is all water under the bridge. I seceded from the rock era long ago, when I converted to Catholicism in my late-30s—precedent, of course, to my final conversion, which was to Russian Orthodoxy. For decades now my once-beloved Gentle Giant, Uriah Heep, Peter Gabriel-era Genesis, King Crimson, and Yes albums have been in storage and I’ve listened to almost nothing but devotional and classical music.

I’ve also been making my own music, along with my fellow residents of our little religious community. We’ve taken to gathering on our porch when the weather allows it, and before the hearth on cold nights, raising our voices to sing selections from the American songbook. We lack virtuosity, but I think we make a noise pleasant to the ears of our Lord: Mother on the washboard, Brother Aiden on the clarinet, Marie on our piano, and I on fiddle, most rudimentarily.

This is music as it is meant to be made: at home, among friends, as the expression of pious hearts, charged with His love.