Bore on the Floor 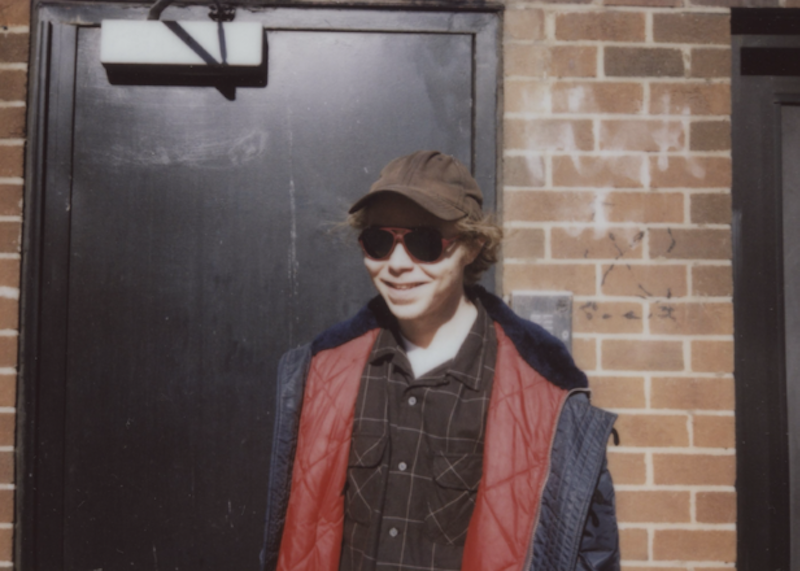 Another year, another eight sides of vinyl from Eric Copeland. It’s not even appropriate to append (mem. Black Dice) to his name anymore: in my mind, he surpassed his mostly dormant band years ago, right around the turn of the decade. Black Dice’s last great album, Repo, came out in the summer of 2009, just months before Copeland put out Alien in a Garbage Dump, the first of his masterpieces. His debut solo album, 2007’s Hermaphrodite, was unusual and exciting, but who knew at the time Copeland would start releasing singles, EPs, and LPs at a furious pace for a decade? There are only a couple of other artists I’ve written about more for this site, but it’s not just Copeland’s prolific output that warrants praise. It’s the variety and level of quality across all of his solo work: there’s the gonzo cut-up sound collage magic of Strange Days (2010); the infectious singles like “Doo Doo Run,” “Whorehouse Blues,” “Car Alarm,” and “Puerto Rican” (all 2010-2011); the loping dance clearinghouses of Limbo (2012) and Joke in the Hole (2013); the tiptoes into techno like Ms. Pretzel (2014) and Jesus Freak (2015); and the mangled pop perfection of his previous release for DFA, Black Bubblegum (2016).

I’ve left out a lot, and imposed a “once a year” rule for writing about Copeland’s solo work. He doesn’t make it easy: without a publicist or any social media presence, the only way to find out about new Eric Copeland solo work is to keep refreshing his Discogs page until something new comes up, usually limited to 300 copies and released only in Germany.

Goofballs is his latest for DFA, a pivot from the pop songs on Black Bubblegum and something more in line with his last two albums, Brooklyn Banks (2016) and Courtesy, Professionalism, Respect (2017). Even after moving from Brooklyn to Spain a couple of years ago, Copeland has not adopted a more leisurely working pace: Goofballs is his third album in 12 months, and very much of a piece with the previous two: the lone press release describes the music on here as “left field club music,” and I can’t think of anything more appropriate.

Frankly, I’m surprised he put this out on DFA—Brooklyn Banks was much more colorful and eccentric than the comparatively straightforward songs on Goofballs. It’s still pretty out there, and results may vary on the dance floor, but there’s a dryness and a muted quality to the songs on Goofballs that also characterized most of the double album Courtesy, Professionalism, Respect. His voice appears on only a few tracks, and even then it’s distant and textural, like closer “Doo Whatcha Wah Wah," “Disco Ball,” and “Bibbidi Bobbidi Boo." Otherwise it’s all four on the floor kick drums, basic bass riffs, and solid grooves that Copeland could crank out in his sleep. I dig Goofballs, but I’m perplexed that he relegated the thoroughly charming and eccentric Brooklyn Banks languish as an import-only release limited to 300 copies and released on the mysterious Palmetto Arts label, whose only other release is “Baby,” a 12” single by an artist called Image Man. Go to their Discogs page to see people begging for more info: “does anyone know how to get into contact with label??”

Copeland says in the press release for Goofballs that, “This album was the result of real isolation here, countless hours, focused only on this. The whole recording & writing was a fast process. I focused most on the bass groove. I had a very minimal gear setup: 90’s drum machine, cheap bass machine and a sampler.” All cool, limitations are great (all the songs on Black Bubblegum were written on an acoustic guitar), but I don’t understand why he turned this set of songs into DFA, his biggest label and distributor.

Goofballs is not a marquee release, and it’s probably my least favorite out of the three he’s put out in the last year. Copeland’s solo work is easy to miss if you’re not already a fan or paying close attention to Google Alerts, and I was encouraged to see some friends who had tuned out of Black Dice/Copeland world psyched on the singles from this record. I’ve told them all—Brooklyn Banks is the one! Anyone reading this who wants a digital copy of Brooklyn Banks, just send me a message on Twitter and I’ll send them over. Goofballs is fine, and perhaps a better primer for Copeland’s brand of dance music than the double-LP Courtesy, Professionalism, Respect. “Bibbidi Bobbidi Boo” is a jam, one of the few songs on here that doesn’t feel trapped in black and white.

Still, it feels silly to be disappointed, considering he’ll probably pop out another four sides in the next six months. Or maybe Black Dice will make a comeback—they played their first show in three years last weekend in Chicago with Animal Collective—but more likely than not, I’ll find out about his next record refreshing that Discogs page, begging for more information, and hoping I don’t have to pay German airmail prices to get it.