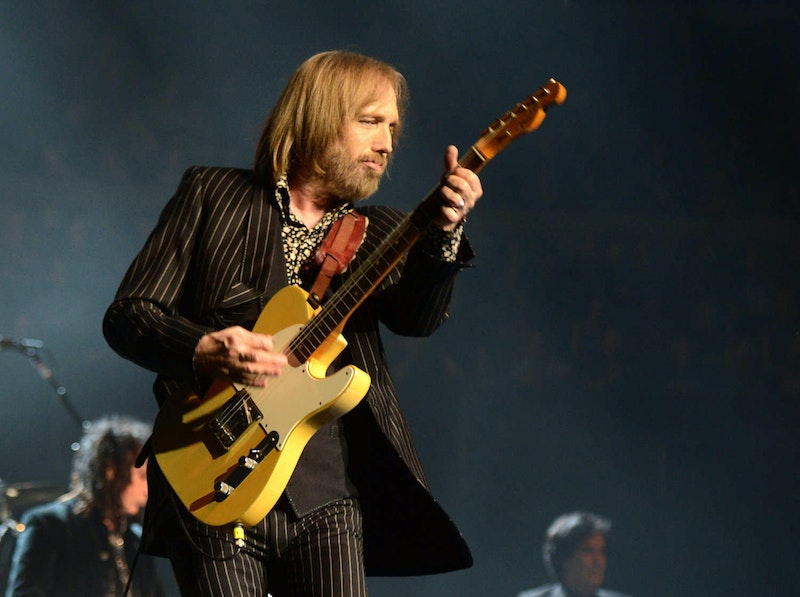 A couple of weeks ago, I posted the following on Facebook: “Name the best Tom Petty song. There is one answer.”

The replies: “Refugee,” “The Waiting,” “Runnin’ Down a Dream,” “American Girl.” The correct answer, I then announced, is “I Need to Know.” Compact, urgent, angry, pleading. Like the best of Petty’s work. It’s the song Tom Petty and the Heartbreakers opened the only live show of theirs I saw in person, around 2005, in Grand Rapids, Michigan. The band raced through its set that night, as if the tour plane engines were already revving, but I didn’t mind. I finally saw one great American band I’d been a fan of for 30 years. And that was enough.

I became a Tom Petty fan in the late-1970s, as soon as I heard the tense and explosive single “Breakdown.” Soon after, I bought Damn the Torpedoes, the album that made Petty a star. In the last 15 years, he finally moved from liked to admired. Petty’s career had hit a third, then fourth gear. But only Petty, among most of his constantly touring fellow '70s pop stars, continued to make vital new records. He’d just completed a cross-country tour, which his website says was seen by one million people. He spoke of that tour being his last, but I didn’t believe it.

The nearly four-hour rock doc on Petty from 2007, Runnin’ Down a Dream, directed by Peter Bogdanovich and available on Netflix, provides insight as to why his fans stay loyal. He told a mean story. What Petty songs stood for was believability and emotional honesty. And Petty’s legal team stood for some honesty of a different sort. Petty took on record companies every few years. One time was in a dispute over the price of one of his albums. He insisted it be released at a cheaper price than his record company wanted. Petty won. And his fans appreciated it.

I connected with Petty’s music not just from radio and records but from engaging with its ideas as well. I was a subscriber in the late-1970s and early-'80s to Stereo Review, with a record review section that was second to none. I had zero interest in reading about that new Pioneer 200-watt receiver. But I recall some Stereo Review critic, probably Steve Simels, going on and on about Petty’s song “The Waiting.” Reading such writing at age 16 taught me that pop music could go beyond catchy to important.

Also in the Bogdanovich documentary, I learned that Petty’s Long After Dark album is considered by several band members to be his worst. It’s my favorite Petty record, though. I love “One Story Town,” “Deliver Me,” and “You Got Lucky,” the subject of the Heartbreakers’ first major video. The band played wandering, post-apocalyptic adventurers out in a desert. It was campy and fun.

And no article on Petty can ignore “Southern Accents,” a proud and sad tune that works on some other level entirely when heard live.

“The dude always seemed to be trying to help Rock & Roll as an art form, getting together with old stars, etc. RIP, buddy.”

“He was never a fan of the newer bro country stuff. As he called some of it, ‘A bad rock band with a fiddle.’”

Finally, here is one Petty would have liked: “He is definitely gone. Won't come around here no more.”

I tracked down Simels. I asked him by email if the Stereo Review piece in my memory praising Petty was written by him.

“Dunno if that was me raving about ‘The Waiting,’ although it sounds like it might have been,” he replied. “I went mental over that song when it first came out.”