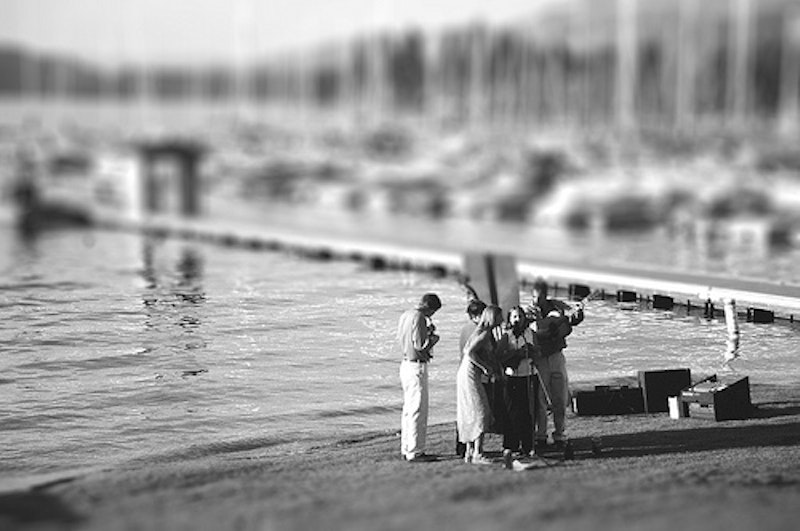 Kitty Wells' 1959 album Dust on the Bible is probably the single most unforgiving fire-and-brimstone country doomfest I've heard which was not recorded by the Louvin Brothers. In the Bailes-Brothers-penned title track, Wells finds an unused holy book in a friend's house and sanctimoniously warns her host that "dust on the Bible will doom your poor soul." In "He Will Set Your Fields On Fire," a cheerful twangy guitar and syncopated background vocals announce the Good News: Judgment is here! Repent or die! Throughout the album Wells condemns her neighbors to Hell and yearns for oblivion with equal, oddly detached gusto. Her phrasing is heavy, almost clumsy; there's nothing soulful or sensual about it. It's a stumbling plod, like grief-stricken hands swinging hammers at a fencepost, or a coffin-except for the moments when her voice moves up into a dry country quaver, trembling as it aspires towards heaven.

Wells' album occupies a kind of crossroads in country music history. On the one hand, it harks back to the post-war boom in fundamentalist religious music. As more and more people moved to urban areas, the condemnatory gospel song reached a peak of popularity, warning rural folk of the dangers of their new surroundings, and preserving their sense of a separate identity. The Louvin Brothers' "Satan is Real," for example, proclaims the truth of damnation with a fervor that can only be described as defensive. You only have to assert the reality of the Devil if you have interlocutors who deny it.

By the time Wells recorded her album in 1959, though, country was already moving away from such histrionic declarations of faith. The newer country genres were rockabilly and the slick Nashville sound-both of which made very deliberate compromises with urban aesthetics. Wells' album was a throwback... and yet, despite its sheep-from-the-goats lyrics, it too ultimately throws in its lot with the zeitgeist. Wells' voice may recall mountain singers like Almeda Riddle or Sara Carter, but she's a good bit slicker. She gestures towards, but never embraces, the full-blown keening of her predecessors; her singing suggests pain, but when you listen to her it doesn't actually feel like your ear is being scoured with a Brillo pad. Similarly, the music on "Dust on the Bible" is a polite, Nashville-ized bluegrass-country hybrid; no breakneck solos, no unearthly brother harmonies-just a good country voice front and center, backed up with professional accompaniment.

Polish bluegrass up, recruit a female singer, and capture a bigger audience-if that sounds familiar, it should. It's the formula by which bluegrass has been transformed from a mostly played-out festival circuit relic to a viable commercial force. Today, the most recognizable figure in bluegrass is Alison Krauss, and the primary audience for the music is not transplanted rural workers who long for rigorous spiritual truth, but NPR listeners, who long for vaguely spiritualized prettiness.

As this suggests, I loathe Alison Krauss' music in all its obsessive, over-produced perfection. To me, it sounds like every note on her albums has been focus-grouped, voted on by committee, and then carefully performed by a soulless government functionary. The vestige of rural authenticity-the tunes, the fiddles-are there almost for purposes of ritual emasculation. Don't worry, she seems to tell you; the music has been neutered and it will now remain calm. You can maybe see Krauss recommending, sincerely, that you get a therapist and talk out your issues, but it's very hard to imagine her condemning anyone to Hell and meaning it.

The logical next move at this point would be to accuse Krauss of selling out the music; trading "real" bluegrass for a broader audience, more fame, and more money. As an urban, over-educated atheist, leery of moral absolutes, though, I'm reluctant to buy that. After all, Kitty Wells wasn't singing gospel songs for free; she sang them because somebody wanted to buy them. Same with Sara Carter and the Louvin Brothers. And, for that matter, stylistic breadth and reaching out to new audiences doesn't have to be an aesthetic disaster. Instead, it can be exhilarating, as in Emmylou Harris' heartfelt Roses in the Snow, a combination of bluegrass, country, and Joni-Mitchell-folk, which is one of my favorite albums ever.

The issue for me, then, isn't simply or necessarily one of degeneration, but rather of a particular transformation-a transformation caused not by individual sellouts, but by capitalism itself. The irony, of course, is that the capitalists here are not the traditional, heartland American conservatives, but rather the left-leaning flower children and the evil socialist elites. The content of Kitty Wells' album is, in fact, explicitly anti-capitalist; it rejects money and the world. Everything you have will burn, and all that you will have left is your faith.

This message was both powerful and commercial; it appealed strongly to the rural transplants who were Kitty Wells' audience. But it also appealed to other people; people like...well, like me, for one. When you package your values for mass consumption, you never can tell who is going to consume them. That is, after all, pretty much what capitalism does; it takes values and beliefs, repurposes them, and sells them to the highest bidder; which in this case was emphatically not the original audience. Take the semi-mythic rural past of purer morals and greater pride, decouple it from a particular community and a particular set of beliefs, and you have, not a militant manifesto, but a harmless affectation. The beauty and longing in an Emmylou Harris or Alison Krauss song is at once a kind of nostalgic pining for a lost backbone and a celebration of the pursuit of pleasures detached from specific moral values.

Detachment is what capitalism is all about; a world without walls, communities, or borders, where products and pleasures flow seamlessly back and forth, evoking this or that conviction for a bright, giddy second, before spinning it away in the endless, boundless play of sparkly jouissance. Values may be universal, but if you pry them loose from their context, they lose their weight and ultimately, their meaning. In music, mainstream success is traumatic not because quality will automatically suffer if your punk band blows up (though, of course, it might), but rather because the music's core, its aesthetics, and its ideals all ultimately depend on the people who created it, loved it, and owned it. In capitalism, though, nobody owns anything absolutely; everything can be bought, sold, and transferred. Wells is in some sense singing for her family and friends and for a particular community, but she's also singing for the world-and over time that contradiction becomes insupportable. This is why commercial music genres all inevitably end up as gutted husks; gaping totems mocking the values and communities they once honored. Dust on the bible will doom your poor soul-but what if it's not my dust, not my Bible, not my doom, not my poverty, and not my soul? Then all you're left with is silence...or, worse, with Alison Krauss.