Same As It Ever Was

Olivia Tremor Control's lead singer has a new record under the name Circulatory System, and it sounds... well, exactly like everything he's ever done. 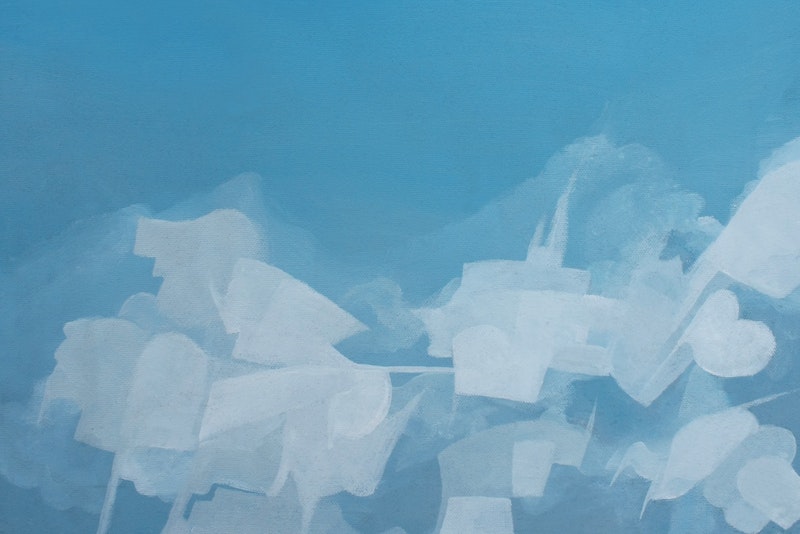 Back in October of last year, when the Elephant Six collective was on their reunion tour, all the indie music mags were abuzz with the unexpected return of Jeff Mangum -- first showing up in Rochester, NY to sing some backing vocals on Olivia Tremor Control's "The Opera House," and then for a few dates after that playing his b-side "Engine," most famously recorded in Columbus, OH on the 20th. A few days later, after the Chicago show, Jake Brown from Glorious Noise wrote what I thought upon first reading, was an interesting but overly dismissive column about Mangum's return:

My big complaint about the whole show is that these guys were just a bunch of pals, being goofy and doing their thing for each other's amusement. I didn't get into the E6 thing at the time because back in the 90s I had my own group of friends, making music and being goofy and hanging out together. The E6 gang was clearly more ambitious and less self-sabotaging than my group my friends and their bands. But there's not a huge difference in quality or consistency. With one enormous exception: In the Aeroplane Over the Sea by Neutral Milk Hotel.

But the more I thought about it, and the more I waited for the news that never came of a third Mangum album (an epic ten years in the making, of course), the more I had to agree with Brown's piece. "It's like they hold Mangum out like a carrot," Johnny Loftus said to Brown after the show. "...[there's] this allowance by the fans to let Mangum be this enigmatic genius. They WANT him to be that, because they want to be able to deify something about indie rock, this form of music that so many kids fall in love with in college. They want to validate it, and he's a great vessel for that."

All of this I mention in preface to reviewing Signal Morning, the new album by Will Cullen Hart, former frontman for Olivia Tremor Control, now, recording under the name Circulatory System, because I want to make it very clear: Without In the Aeroplane Over the Sea, and the unprecedented cult status of Mangum, Hart would have been nothing but a discount bin novelty at your local record store.

Pitchfork and Stereogum and everyone else will of course rave about Signal Morning, and write with overly fond nostalgia of E6 and the days when indie stars were truly concerned about authenticity and songcraft and making music that mattered, but all I can think is that somehow in more than 15 years of writing and recording songs, Will Cullen Hart has managed to never do anything different than the last thing he did.

As a music critic, probably the most interesting part of the job is to come across a great band and to dive into their discography, to hold up the albums we love and to appreciate (even when it meant they fell flat on their faces) all the ways that a band has played with, and retooled, and reconfigured, and experimented with their sound. It's what makes arguing about, say, why Modest Mouse lost their direction after The Moon and Antarctica, or why Dylan's John Wesley Harding is truly unlistenable, so much fun. We've put in the hours and hours of listening and we've come out of it with our own very personal opinions about this-or-that album or such-and-such a song and we'll be damned if we'll be convinced otherwise. But Hart makes all of this truly impossible. Even to the most casual of listener it's obvious that there is very little artistic or qualitative difference between the earliest of Olivia Tremor Control recordings and the songs that Hart is writing today.

And none of this to say that I dislike Signal Morning, or any of Hart's previous albums. In fact I actually really enjoy his music. But to me it's just plain fascinating: Here's a man who back in the early 90s basically said, "You know, I want to cover Sgt. Pepper's Lonely Hearts Club Band for the rest of my life. Now... maybe if I throw in a couple of distortion pedals, and get one of my acid-rattled friends to add some trippy tape loop effects, I might really be on to something." For more than fifteen years that has been his M.O., and nothing about Signal Morning or any of the albums that precede it, suggests that he ever, even for a second, thought to try something different. Which means that any honest critic is left only to say, "Well, sure, if you liked his other stuff, it's worth picking up."