The D.C. indie rockers have finally made an album of no-nonsense, straightforward rock. 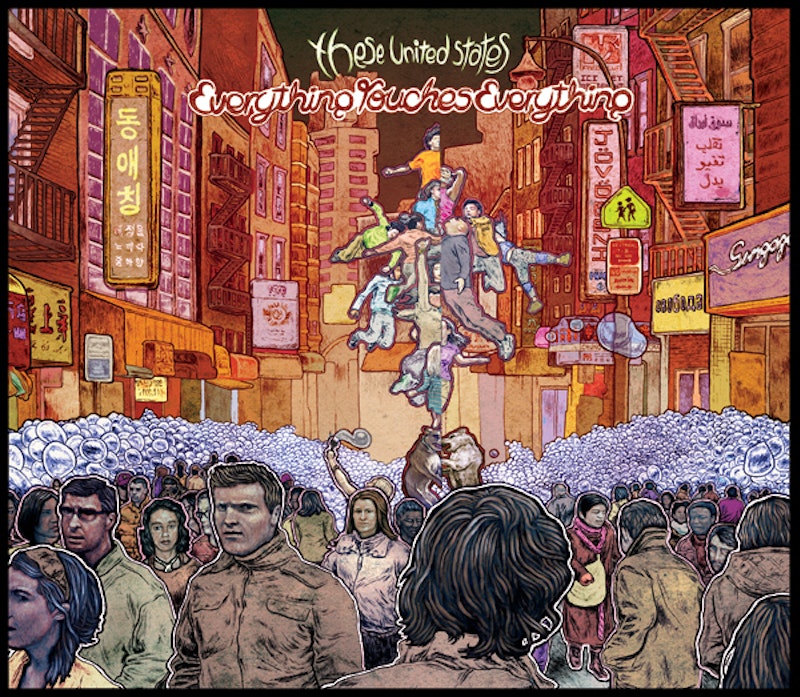 When These United States got started a few years back, it was little more than a spare folk vehicle for frontman Jesse Elliott 's hyper-literate Dylanesque pop lyricism. Early versions of songs that turned up on their first album, A Picture of the Three of Us at the Gate to the Garden of Eden, were gently strummed drifting acoustic ballads with some banjo or pedal steel backing by J. Tom Hnatow. As Elliott began taking his songs on the road, there was an obvious necessity for a full backing band. And by the time he got around to recording that first album, produced by his friend Andrew Strackany (aka Paleo), he had brought in more than a dozen friends to record everything from drums to horns to cello.

A Picture of the Three of Us... has always been a mixed-bag for me. While parts of the album are painfully beautiful, Strackany stripped too much of the band's messy bar-rock sound, leaving Elliott to not so much sing his lyrics as read them in a kind of forced beatnik poet style. The album has, as friends promised it would, grown on me significantly over the years but the difference between the band's fun and energizing live shows and Strackany's heavy-handed production ultimately makes for a fairly disappointing listen.

So when Crimes came out six months later, and I found that Elliott had not only ditched Strackany's production aesthetic but secured a regular backing/touring band (including Justin Craig on lead guitar and Robbie Consenza on drums, both picked up in Lexington, KY), it was a much needed turn back in the direction of straightforward rock, while still keeping the focus on Elliott's lyrics. Crimes took only a week to record, and that feels like how These United States should always be operating—ragged and determined to get it done now.

What makes the band's third album, Everything Touches Everything, so interesting then, is the way they've paired down on the lyrical focus, opting instead for shorter, tighter song structure (ditching the ever-so-slightly under-rehearsed feel). Except for the last song on the album, "Good Night Wish," only a couple of songs here run above the four-minute mark, which is astounding considering the band's earlier best known songs tend to regularly stretch out past five or six minutes. You can think of it as the difference between Blonde on Blonde and Nashville Skyline—the "Sad Eyed Lady of the Lowlands" days, so to speak, are all in the past. Everything here is just more focused than previous albums, operating more within the traditional parameters of FM radio rock music. This isn't bad, it's just rather unexpected. And influences are more obvious throughout: The Rolling Stones, 70s rockers like Petty and Springsteen, alt-country contemporaries like Wilco, Ryan Adams and the Cardinals, and At Dawn-era My Morning Jacket. Or as You Ain't No Picasso put it, "Everything Touches Everything will probably be remembered as These United States' 'rock' album."

Having just caught their show at T.T. the Bears in Boston, nothing about their live performances has particularly changed, and no doubt the mechanics of this third album are built off their recent heavy touring, about 300 shows in the last year and a half. When you play that much you learn pretty fast what works and what doesn't. Maybe Everything Touches Everything will win over those critics who previously thought These United States was too much pretension and not enough honest songcraft.