Some great music came out of unexpected places in the 1960s—like rural Northern Virginia. 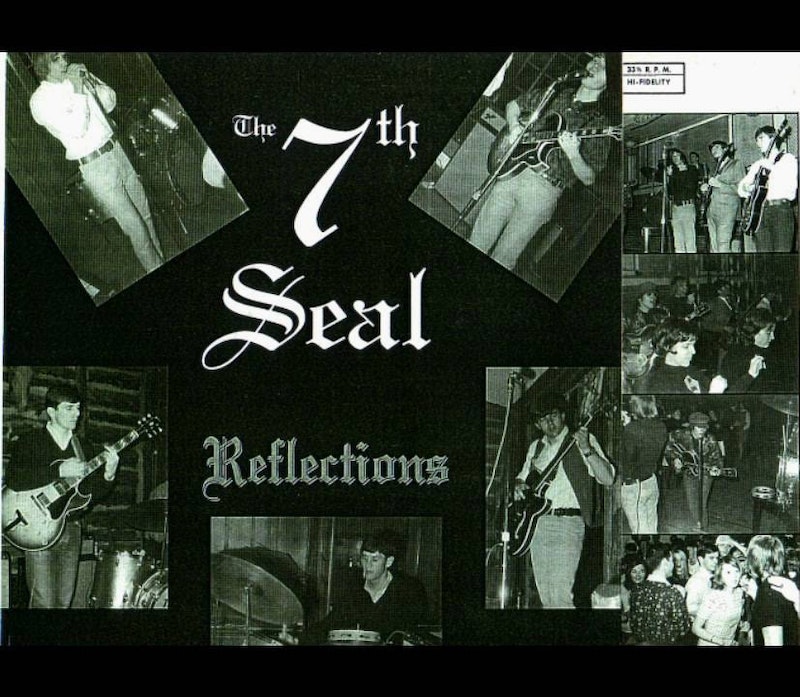 During the 1960s, rural northern Virginia was ground zero for an obscure but extraordinary independent music movement. This reflected the isolation of the area while also drawing inspiration from the greater cultural growing pains of the Vietnam era.

In 1966 The Big Beats from Grottoes, VA, Staunton band The Miller Brothers, and The Prophets from Fredericksburg came out with powerful recordings that became the scene’s first major works. These efforts were all characterized by an aggressive punk rock delivery, emotional nuance and blissful melodic elements, and the lo-fi production common in most regional 60s pop/rock scenes. This music creates a moody, but not sorrowful, atmosphere.

The Prophets played many high-profile gigs touring up and down the East Coast. Their singles "I Still Love You" and the political anthem "Fightin For Sam" are prime examples of rural Northern Virginia’s intense teen sound, with “Fightin for Sam” the more unusual of the two. The song combines mournful lead melodies, rousing back-up vocals, primal rhythms, and quasi-patriotic lyrics written by Prophets’ organist Leon Frazier. It doesn’t romanticize war or protest against it.

For many kids of Frazier’s generation, the thought of rebelling against the US military was unprecedented. Their fathers and their fathers’ fathers had all fought in wars. Conscientious objection and pacifism were (and still are) considered deviant behavior. At that time military service was a common rite of passage. It was scary to imagine abandoning one’s friends and family to live a fugitive’s life in the secret underground of Vietnam draft dodgers. Starting in the mid-60s bold anti-Vietnam demonstrations took place regularly at college campuses and in cities throughout the U.S. The events attracted throngs of young people and gained coverage from the mass media. Even for patriotic Baby Boomers who obediently heeded Uncle Sam’s call, there was a heavy grasp of Vietnam’s unpopularity. “Fightin For Sam” mirrors the conflicted feelings stirred up by the war.

The area’s other teen rockers weren’t so overtly political. The small college town of Charlottesville was the center of the rural northern Virginia scene. It was home to sprawling pre-colonial farm lands, The University Of Virginia, and two of the state’s greatest 60s bands: The Knights 5+1 and The Invaders. In addition to their popularity at college ragers throughout NoVa, these groups shared the distinction of having full-length releases that were produced in 1967 by Winston-Salem, North Carolina’s Justice Recording Company. Like most of Justice's output, the albums by The Knights 5+1 and The Invaders have a few essential high points, a lot of fun but predictable pop covers, and reverberating low fidelity that transports you to the cavernous school gym dance parties.

The Knights 5+1 were primarily a soul group, though saxophonist Wilford Wilson III’s velvety/Coltrane-ish tone gave the band’s Top 40 repertoire a film noir element that was atypical for indie r ’n’ b of this period. Their tight rhythms and the raspy melodies of singer Ronnie Hughes sound much better and more original swimming in Justice producer Calvin Newton’s muddy sonic swamp than they would’ve in the antiseptic clarity of a big budget 60s soul production. Instrumental originals represent the band’s strongest work. The title track from their LP On The Move has hints of Booker T. & The M.G.’s, Jimmy Smith, Traffic’s funkier moments, and other organ driven jammers. Regardless, the lo-fi element puts us right back in the Virginia hills. Scary and introspective, yet propulsive and wild, “On The Move” is one of rural NoVa’s most ominous tracks, the perfect theme song for Skyline Drive during a midnight storm.

Unrelated to the many other 60s combos who used the same name, Charlottesville’s Invaders were a garage rock sextet who also displayed big soul influences. Unlike The Knights 5+1, their crude approach to the Stax/Volt stomp wasn’t illuminated by anything mysterious. The leadoff cut from their LP On The Right Track was the organ-blaring "Have You Ever". Saturated with pulverizing fuzz guitar and passionate troubadour vocals, they kicked things off with a bang. If The Knights 5+1’s “On The Move” is the sonic equivalent of a stormy night, The Invaders’ “Have You Ever” is theme music for the lightning that fades into a fiery dawn.

The Justice albums from The Tempos of Alabama and the Virginia Tidewater region’s Barracudas are two of the best punk LP’s of the 1960s. Most of the label’s rock releases were entrenched in the American Southeast’s beach music craze, a fad that ran its course by the end of the 60s. Beach music’s gradual dive in popularity is probably what caused Justice to stop issuing rock records. One band that could’ve changed the label’s fortunes was the Harrisonburg/Bridgewater, VA based quintet The 7th Seal. The college group represented the new breed of rock bohemians who were slowly taking the music world by storm. Early that year Justice arranged for The 7th Seal to record their debut LP Reflections, rural NoVa’s lo-fi magnum opus. Due to disputes over money, the album never came out in the 60s; its master tape languished for more than 30 years in the personal archive of 7th Seal roadie Don Houser. In 1999, the No Count Productions label gave Reflections a posthumous release.

The sessions for Reflections occurred after the band made an all-night drive to Winston-Salem from a wild Harrisonburg college gig. By the time tapes started rolling they were exhausted. Beats stayed slow to mid-tempo while the rhythms sloshed about with a fluid narcotic swagger that gives the album an NYC proto-punk edge in the vein of The Velvet Underground, The Voidoids’ first album, or the pre-LP Television demos. The aptly named Ed “Shred” Schroeder’s angular staccato leads predict Tom Verlaine’s technique by nearly a decade.

The weird burnout anthem “Make Your Bed” pushes the LP into basement psych dimensions. Byrds-like harmony vocals and Schroeder’s bittersweet melodies combine in this mutant hybrid of The Thirteenth Floor Elevators’ “Don’t Fall Down” and The Byrds’ “Eight Miles High.” Lyrically, “Make Your Bed” sounds like sage advice from experienced heads recalling an emergency escape from self-destruction. Once again, low fidelity and reverb cloak everything. The few words that break through the aural mist illustrate an oblique drama: “Love whispers softly…/Dragging itself behind you/But you’ve slipped away to… the darkness.”