Back in Time With Sweet Connie 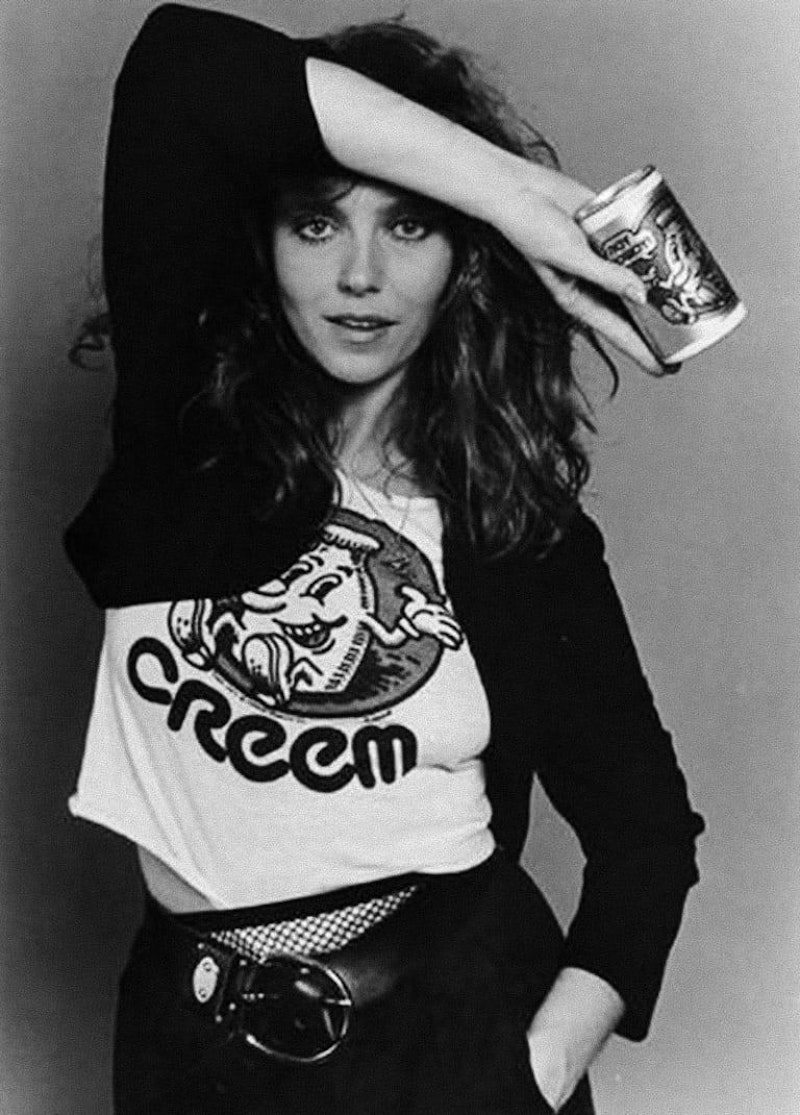 The best thing about this quote is its all-time classic final attribution. Next best is that there’s a word missing—ah, the 1970s, when everything but computers and recording gear was steadily turning to shit. Third best… oh boy. Here we go: “‘Would you like to some lotion on my boobs or should I,’ she teased. ‘Well, I hate to get my hands all greasy. I might drop my margarita,’ I teased back.” Later: “Oh my God, is that pharmaceutical cocaine I see?” Another moment of echt 70s: “She had asked us for a bowl of ice cubes, which she took into the small room with her.” She also took along Lindsey Buckingham, guitarist of Fleetwood Mac. Half an hour later, he emerged “weak legged, with a permanent smile on his face.” He’d gone in there with Sweet Connie, “the infamous groupie who was namechecked in Grand Funk Railroad’s hit ‘We’re an American Band.’… She supported herself as a substitute teacher when not on the road.” Yes, the 70s.

The speaker above is Ken Caillat, who produced Tusk with Richard Dashut and then, with the passing of decades, wrote up the experience in Get Tusked: The Inside Story of Fleetwood Mac’s Most Anticipated Album. His co-author is Hernan Rojas, who’d been the album’s assistant engineer. That’s two people to write the book and only one to read it, since the typos and broken-backed sentences suggest no one saw it before I did. I can report that the book tells you as much about the album’s production and musical choices as a curious fan might want to know, but sadly this material proves a bit more than the authors are capable of explaining. Still, the two guys were there and they cared about what they were doing, and the result is that some information’s bound to come though. So does ambience, of course: “There were rubber masks, hands, rats, insect, bloody cuts, and a codpiece laying around the control room. It wasn’t as if anybody really talked about it, but things were getting decidedly weird.” The 1970s.

Netflix Corner.  Ryan Gosling and a half dozen lines make The Nice Guys worth a viewer’s time. Or you might pick Russell Crowe and half a dozen other lines, or the film’s period setting in late ’70s L.A. Or maybe you just like gimmicks and appreciate how the ones here rattle along, an unflagging supply that accompanies an equally lavish series of good character actors. Either way writer-director Shane Black has created an action-comedy that can be watched and enjoyed instead of merely endured. Most notable are Gosling’s brief bits with the teen actresses Daisy Tahan and Maddie Compton, each of whom plays a terrible drip. Gosling’s character talks to theirs like they were adults, adults whom he doesn’t care about and can't get rid of. The trapped rudeness, the dismal sense that he has no politeness to give and isn’t allowed to shout, plays wonderfully off the girls’ acute renditions of two distinct kinds of awfulness (censorious and hostile, obtrusive and dorky).

The movie’s downside: Though well-jacked with gimmicks, the script isn’t well built. There’s lots of voiceover, some clanger set-ups for gags, and a sense down the stretch that the whole thing’s about to fall over. Some movies have third-act problems, this film has seventh-act problems. I still accept The Nice Guys for what it is and treasure the good moments between us. “You took the Lord’s name in vain,” the girl says. “No, I didn’t, Janet,” says Gosling. “I found it very useful actually. Okay, Janet?”