Autechre Do Things Their Own Way

And their new album, Exai, is no exception. 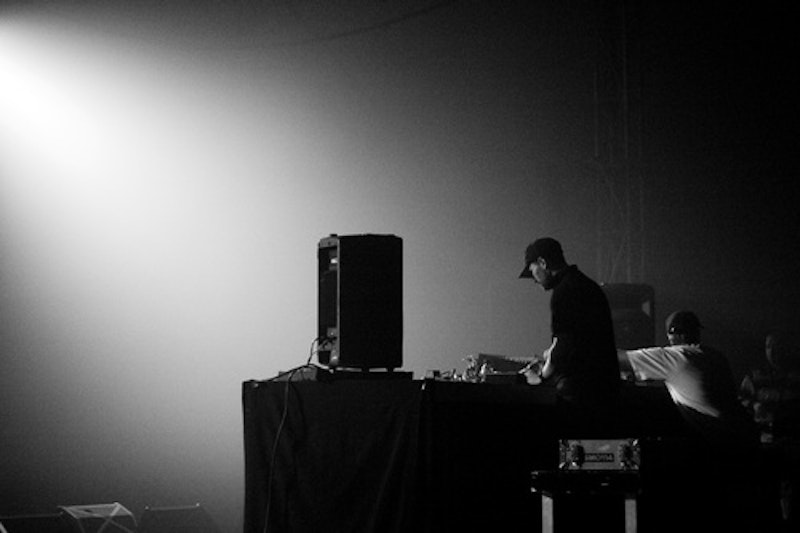 For twenty years, Autechre have made music that exists well within their own vocabulary. Their albums are typically over the hour mark and transcend the simplicity of the analog TR sequencers, digital synths, and other tools they work with. They've produced an entire album generated by computer algorithms. The question is, if they produce music with such simple equipment, what makes their albums sound so singular? While its true that technological advances have played a part, the duo have always had a keen sense of play that merges simple ideas with more introspective moments.

The moment Exai starts up it feels like a throwback to the drum chaos of Untilted. Autechre always attempt to create impossible architectures out of thin air. The dimensions in "Fleure" are tenuous though. Its sounds collapse into an acid gurgle, an upset stomach of resonance changes. It sets the stage efficiently for what's to follow. "Jatevee c" propels a chopped kick snare combo that seems to be caught in a violent division. Listen closer and you'll find that what's going on is much simpler. "Jatevee c" is a dubstep tune right down to the wobble bass. Its another gag in a series of in-jokes that Autechre have never failed to include in their albums.

Exai is surreal throughout most of its initial tracks but the vibe does eventually change. Booth and Brown have always been adept at getting down to brass tacks. The deconstructed drum and bass of "Flep" is no accident, its a nod to the sounds of the 1990s. While it's no "Basscadet," the bass drum of "Flep" is pure vitriol. Its designed to maim any subwoofer. Similarly, "VekoS" is layered with distortion; it's an industrial dance-track exploding in slow motion.

Autechre can at times be solipsistic. Part of why Move of Ten was so enjoyable was that it was the most drastic simplification of their approach in over a decade. How straightforward "Bladelores" is comes as a shock. Garbled tape hiss permeates the track amongst synth stabs and an unadorned drum pattern. It's the ambient bliss of early album Amber with an industrial angle. Sonorous sub-bass swells keep the momentum for ten minutes yet it avoids feeling repetitious. It's a dance floor anthem done the Autechre way. While Exai isn't an essential album for the Autechre fan, it has more than its fair share of similarly enjoyable moments.