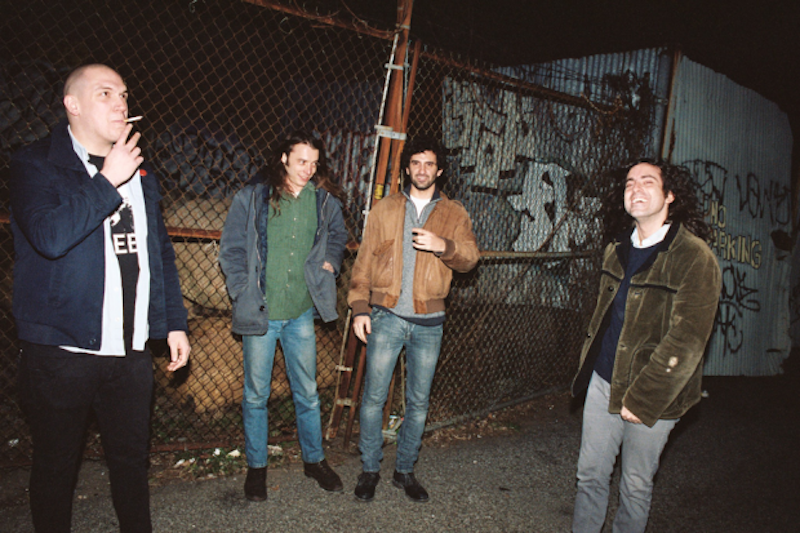 The Men received acclaim for their 2012 LP Open Your Heart, an amalgamation of shoegaze, punk and hard rock. Two weeks ago, the band released a follow-up album, New Moon, with a very different yet impressive style. While Open Your Heart showcased the band’s ability to blow out speakers, New Moon builds towards a more individualistic sound. Each song seems to start where the last one left off, slowly revealing the gutsy guitar-driven swells that have typified The Men. However, the way the album reaches its end is vastly different from the band’s earlier work. Rather than launching the listener right into the fray of New York punk, The Men whittle a folk presence into their music. If Open Your Heart is like Thurston Moore and the E Street Band, New Moon is Neil Young and the Stooges.

The band’s change in sound starts with a change in location. For years they had lived in Brooklyn, but in early 2012 the band left for Big Indian, NY, a hamlet in the scenic Catskills Mountains. There the quartet worked with producer Ben Greenburg to turn their house into a functioning studio. The first half of the album reflects their new surroundings, as the band works a folk feel into their punk rock sound. Songs like “Without a Face” and “I Saw Her Face” feature crashing drums and loud guitars but adds some slide guitar and harmonica. For the most part, the tracks work well. The only song that really falls short is the second track, “Half Angel Half Light,” in which the band sounds like a lousy Tom Petty cover band. The band then works from their newer folk noise into their old sound and by the time they reach the seventh track, “The Brass,” guitars crunch and vocals screech, “This is what twelve hours feels like!”

The Men do not completely immerse themselves in their old sound as they enter the later parts of the album. On the website for Sacred Bones Records, they state, “The essence of New Moon is to revisit—never retread.” Musically they live up to that. In songs like “The Brass” and “Supermoon,” The Men flesh out sounds straight from Open Your Heart but with a completely different feel. In that respect, New Moon is an excellent example of a band successfully crafting a different sound while keeping remnants of the songs that brought them mainstream success.

Still, the record is not nearly as remarkable as Open Your Heart. While they do combine folk, punk, psychedelia and southern rock quite well, they let go of their original sound too early. The Men’s desire to do something new is understandable, but New Moon’s sound just doesn’t have the power of their earlier work.