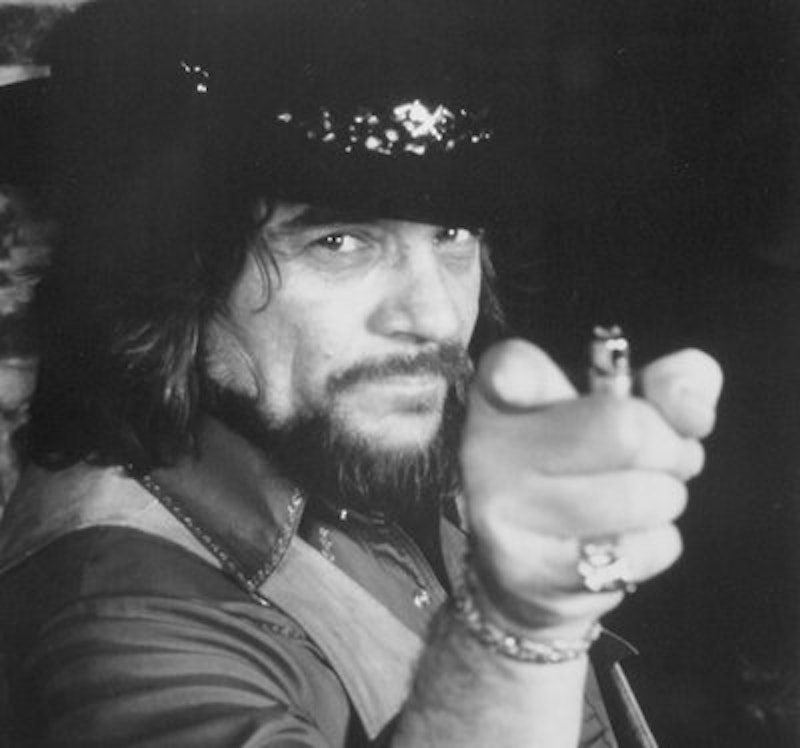 Attacking the mainstream is a reliable way to make a splash in many genres, but country music has a unique relationship with its outsiders. Supposedly the first country album to sell a million copies was Wanted! The Outlaws, a compilation containing music by Waylon Jennings, Willie Nelson, Jessie Colter, and Tompall Glaser. These artists were known as outlaws because they resisted the directives of Nashville, which exerted tight control over country singers. The bigwigs in Nashville said the road to fame and fortune was through them. The Outlaws said they wanted freedom to hire their own producers—or, in Jennings’ case, produce his own album—and play with their own musicians. Wanted came out in 1976, and as the first country album to be certified platinum, it represented a win-win for the famous outlaws, who proved a point, and for Nashville, since the country music audience expanded.

In 2013, several country artists suggested they were at odds with—or worried about—country’s dominant trends, though they haven’t yet become as popular as the original Outlaws. Sturgill Simpson, who released the tough, Jennings-evoking album Hard Top Mountain, made fun of the system and the “label man.” Even when Simpson prays fervently for a record deal, he’s cracking jokes about the songs he’ll have to write. “Lord if I could just get me a record deal/I might not have to worry about my next meal/but I'll still be trying to figure out what the hell rhymes with Bronco.”

Simpson is definitely on the outside, but the songwriter Shane McNally, who also expressed some concern about the state of Nashville, is not—he makes a fine living penning songs for the mainstream. Jake Owen, Luke Bryan, Kenny Chesney, and Miranda Lambert have all recorded his tunes. McNally stood next to Kacey Musgraves onstage at the Grammies last weekend when Musgraves’ Same Trailer, Different Park won the award for best country album. He co-produced Same Trailer and has co-writing credits on nine of its 12 songs. Still, McNally apparently suggested recently that the singer Brandy Clark may be the savior of country music, implying that the state of the genre is dire. That’s a surprising statement coming from an artist with his connections and songwriting checks.

Jason Eady, who just released a new album, Daylight And Dark, dropped his own outsider critique of country back in 2012. In a song titled, “AM Country Heaven,” he outlined what he saw as several flaws with his fellow country singers: “They’re all too damn clean, polished like stones/and they won’t sing about cheatin’ and lies.” He continued, “Well I remember the days when the singers just sang and left it all in the stories they tell.” And the kicker, a pointed remark about popular radio stations—“These days we’re in AM country heaven and FM country hell.” There are some modern country singers Eady admires, like Simpson—“I think he's the real deal,”—and Alan Jackson, who has “managed to stay true to his musical roots his entire career.”

Eady is skeptical of how the genre has moved away from its roots. “There has always been pop and progressive influences in country music,” he says, “and that's important for the genre. But they have also always left room for traditionalists on mainstream radio. Recently, that has not been the case. The traditionalists are being pushed out and being called ‘too country.’ That phrase alone is the problem.” This sense of not belonging dominates Eady’s latest release. In the track that gives the album its name, Eady sings, “There ain’t no conversation between the daylight and the dark/it’s a worn out situation when you don’t know where you are.”

And that’s not an isolated feeling. He’s also stuck “between whiskey and you” and caught “between liars and fools.” Even in “The Other Side Of Abilene,” a song with a title that seems to imply a firm sense of place, he actually exists in a nebulous space. “Well I’ll get back home all in good time,” he sings. “But in the meantime, it’s a long ride to the other side of Abilene.”

Eady may not know where he fits in the world, but Daylight And Dark is clearly delineated and impeccably executed, with all the hallmarks of a country record made by one of the older singers he venerates: “Merle Haggard is number one followed by a long list including Keith Whitley, George Jones, Vern Gosdin, Randy Travis and Don Williams.” At 11 songs and 36 minutes, Daylight And Dark preaches the values of concision in a way that few albums can—or even bother to try. It’s produced by Kevin Welch, who started out writing songs in the 80s for famous figures like Reba McEntire and Ricky Scaggs (Welch has put out some excellent solo albums as well, including his 1990 self-titled release). Eady met his producer at a benefit concert; they “connected immediately.”

The sound on Daylight And Dark is clean and pristine. The tempos are firm, but the beat flickers and cracks, it doesn’t bowl you over. Guitar and bass lead the way, while violin or pedal steel expand the songs’ reach and emphasize their curves. Eady’s voice is joined by close female backing harmonies. The cast of characters includes booze, jail, the highway, the devil, and exes. On “AM Country Heaven,” Eady made it clear that he didn’t want to sing about trucks, so they don’t appear here. He also expressed frustration back then about the artists who “won’t sing about cheating and lies.” Daylight And Dark has a whole track dedicated to liars and fools, and another for temptation.

Eady knows what he needs to do. “I guess the outsiders have always had to force their way in,” he suggests. “There are still plenty of artists making different kinds of country music outside of the mainstream, and there is still just as big of an audience for those styles as there has ever been, if not bigger. It's the lack of a mainstream middle man to connect the two that causes the breakdown.”

For now, Eady will be his own middleman. When artists in any genre are rebelling against what they see as the oppressive mainstream, that doesn’t mean things need saving. It means that genre has a healthy future.