And We Will Know the Perfect Order of Things 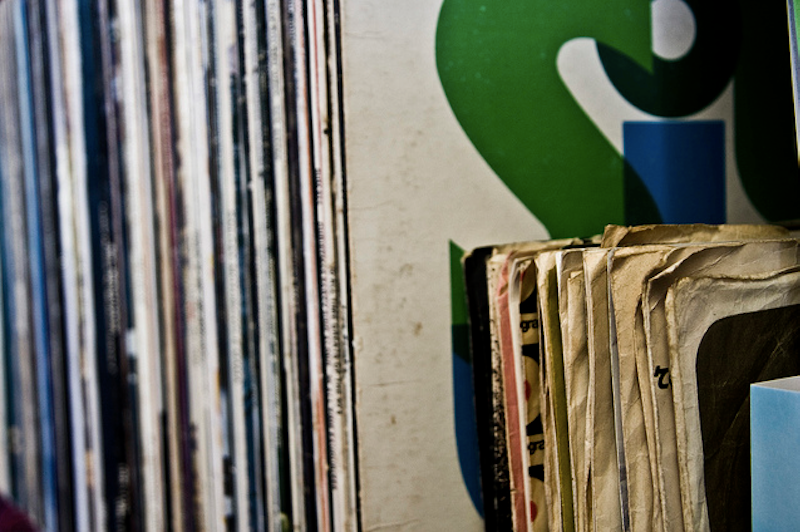 Steven Hyden's July 19 article on the AV Club is pretty minor rock criticism but interesting nonetheless. In "The Five-Albums Test," Hyden proposes another possible measure of rock greatness: whether or not a band released five consecutive albums of very-good-to-great quality. And while it's fun to think about how The Beatles, for example, pass this test but the Rolling Stones do not, it's not a very workable or well-reasoned theory, as a quick glance through the comments will tell you. Why consecutive albums? Isn't it enough that a band made five great albums during their career? Why five? Yes, I know, it's always five when it comes to High Fidelity-type discussions like this, but Hyden's clumsy comparison to TV shows doesn't make a lot of sense:

Second, it just feels right, perhaps because there’s a handy parallel with TV shows, which generally have to survive for five seasons in order to reach 100 episodes, which is the magic number for syndication... [G]enerally, the greatest and most beloved TV shows in history—Gunsmoke, Bonanza, 60 Minutes, All In The Family, M*A*S*H, Saturday Night Live, Cheers, The Simpsons, Seinfeld, ER, The Sopranos, The Wire, Curb Your Enthusiasm, Friday Night Lights, and so on—held it together at a high level of quality for at least five seasons.
Then there're the bands that Hyden doesn't mention. Obviously I didn't expect him to give a full run-down of who passes the Five-Albums Test and who fails, but there are some pretty glaring omissions. Take, for example, his consideration of 60s rock:

Using the five-albums test, the only ’60s bands other than The Beatles that deserve to be considered great are The Kinks (who knocked it out of the park consistently from 1966’s Face To Face to 1971’s Muswell Hillbillies), The Byrds (who stayed splendid from 1965’s Mr. Tambourine Man to 1968’s Sweetheart Of The Rodeo in spite of significant line-up changes), and The Who (a band that, from 1965’s My Generation to 1975’s The Who By Numbers, tells you everything you need to know about the arena-ification of rock music).
How about CCR, who put out six amazing albums between 1968 and 1970 (their self-titled debut through Pendulum)? Wouldn't they in fact score higher than any of those bands because they passed the test in the shortest amount of time? Or is that not a factor here? Does Van Morrison's seven-album run from 1968 (Astral Weeks) to 1974 (Veedon Fleece) count for the 60s or the 70s? Either way he's not mentioned. I could go on, but maybe I'm just angry that this whole Five-Albums Test centers around Queen, a band Hyden thinks is amazing despite all evidence to the contrary. I wasn't aware anyone even listened to Queen anymore, except at professional sporting events and when they come across that "Bohemian Rhapsody" scene in Wayne's World during some Saturday afternoon channel surfing. Still, Hyden thinks they pass—and then some—with "eight B+ or higher albums in a row." Dylan, however, fails on the basis that The Times They Are A-Changin’ is too "preachy." I guess he should have written more songs about bicycles.

The most important criticism is, however, less clear-cut: What exactly counts as an album? Are we talking about EPs or just full-lengths? How about live albums? Why ignore things like personae and stage presence and how good a band's live shows are? And as more than one commenter pointed out, Hyden never considers the history of the LP or the album as commercial product: that during the LP Era, for example, some full-length albums would no doubt now be considered EPs; that the expected length of an album (from listeners, and studio execs, etc.) isn't the same in 1969 as it is in 2009: that the Five-Album Test doesn't at all consider that Meet the Beatles runs only 27 minutes, while Exile on Main St. runs for nearly 68, and that maybe this makes conflation completely out of the question. An artist who's constantly experimenting with his or her sound is bound to make some bad albums—maybe they have to make some bad albums to make the really great ones. And maybe, when we get right down to it, a band that's consistently good just isn't at all the same thing as a band that's sometimes—but only sometimes—really fucking brilliant.