A Preponderance of Whirlpools 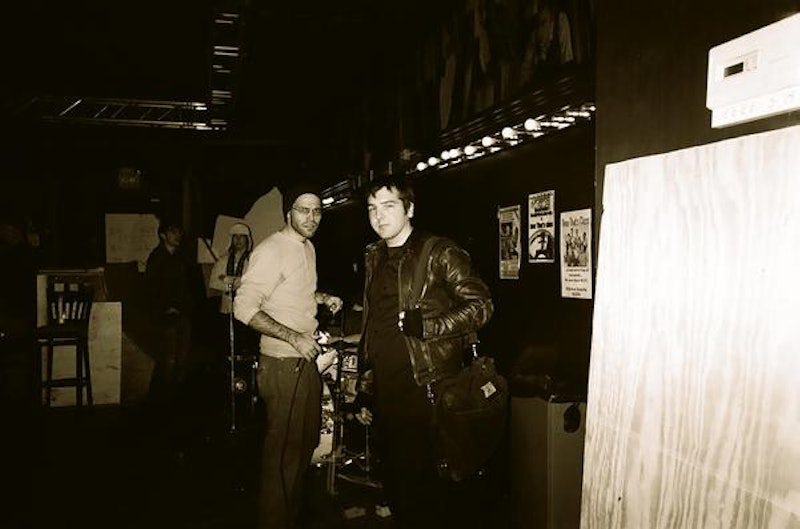 Noise can be a balm when it isn’t compromising your ability to communicate or to intercept communications; when you are talking, though—or when someone else is, and it becomes important on some level for you to grasp what’s happening—that’s when noise actively annoys, or, for some of us, supplies a degree of perverse intrigue. Witness “Sleep-Walk,” the opening track on Dystrophy (Hanson), all heavy-breathing sweep and hard knocks giving way to panicked, sideways short-wave squawk; there’s the hysterical splinter of a woman’s frantic voice rendered in haywire police-scanner strokes, a particularly no-nonsense species of power electronics. It’s as if the air of a mild summer evening is in the midst of being rent asunder: the vibe’s very certainly Tortured Hooker, if not particularly Prurient, and the track telegraphs a strong, Shade The Changing Man sense of fear.

The only thing more frightening, I would think, then finding yourself in the path of a towering tornado would be to a multitude of smaller but no less violent tornados. It’s no exaggeration to say that “Blood Gutter” sounds like a bunch of those littler tornadoes—the meteorological, disaster-porn equivalent of bored, dangerous adolescents—kicking around in a scrap metal yard, slamming together sheets of industrial aluminum and somehow eliciting from them sustained whining, whirring sounds or that the foreboding clanks, busted-furnace scowl, and chain rattling of the title track migrate that idea underground.

“Cold Shock” blurs the snarled-distortion apprehension of “Sleep-Walk” to the point where there’s no remaining semblance of everyday reality: live-wire electricity rules, detecting and smothering anything resembling human utterances like work boots crushing emergent spiders. What’s interesting is that despite the relative-in-pop-terms-extremity of whatever Skin Graft’s Wyatt Howland is attempting express here—a commentary on reality’s fragility? a treatise on the nature of terror?—the album never feels overwhelming or oppressive to the extent that the listener is too shell-shocked to try to figure out What It All Might Mean. There’s breathing room enough to sidestep complete paralysis; you’ll still want to run from your speakers.