An Exercise in Exhausting Pop Gold 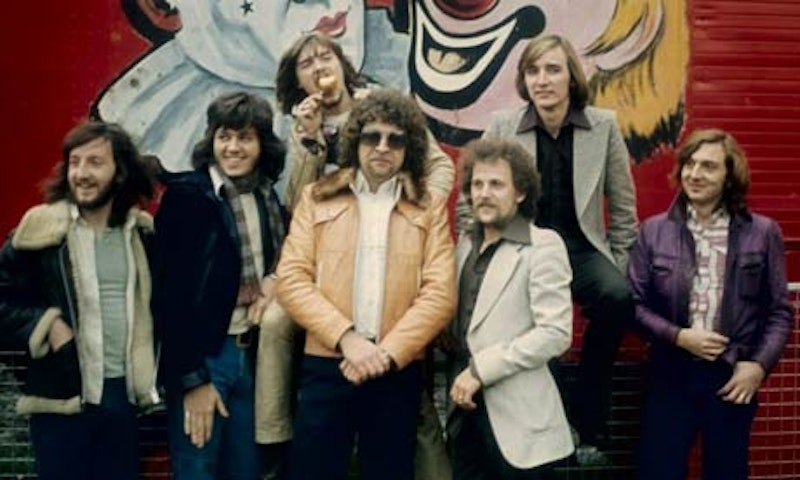 The name Electric Light Orchestra isn’t loaded at all anymore. To those who came of age in the 1980s, 90s, and beyond, Electric Light Orchestra is just another dot in the classic rock constellation, their standing indistinguishable from whatever dozen acts you could name: Boston, Led Zeppelin, Black Sabbath, Fleetwood Mac, CCR, Cheap Trick, Thin Lizzy, ELP, Yes, Rush, Lynyrd Skynyrd, REO Speedwagon (such a sick name wasted on such a lousy band) and so on. All of those groups are wildly different from each other, and people have their favorites, but you don’t have to draw any lines in the sand or steel yourself from mockery by admitting you’re an ELO fan. Most of their work has faded into obscurity, but people my age were exposed to “Mr. Blue Sky” through its prominent use in Eternal Sunshine of the Spotless Mind, and lots of other placements since. I had no idea Jeff Lynne did the entire score for Xanadu, but that’s what most of my friends mentioned when I asked them if they liked ELO.

Talking to my dad and some other older friends who were around when ELO was a working band, I was surprised by how scornful they were, “a fifth rate Beatles cover band,” in my dad’s words, “way worse than ELP.” If you weren’t digging whatever record your friend was trying to push on you, “This is coming from the world’s biggest ELO fan” was a sharp barb. I went into this article with the intent to defend Lynne’s primary colors pop pomp, but after a week of listening to Out of the Blue, it seems like I’ve already exhausted its glory. “Mr. Blue Sky” is a pop classic, but it’s too long and by the time the vocoder bridge shows up at three minutes, its hooks of providence are in dire need of a reset. I always hated the minute-long coda, which only serves to bury the greatness of the first three minutes deep into the ground. You gotta get in and get out with pop music.

Nothing new, but it’s absolutely crucial to good/great/brilliant songwriting: leave the listener wanting more by the end of the song, make something that people want to listen to over and over again. There are lots of ways to make this happen: nuanced production, beguiling lyrics, a sense of control and mystery over the audience, so that they fall under your spell. When you bury the hook, the song loses its nutrition much quicker, and you quickly feel nothing, that pop hollowness, when you realize there’s nothing to read into beyond the surface: “Mr. Blue Sky” is about the skies clearing after weeks of overcast days. Cool for a three-minute piece of pop perfection, but uh, the “A Day in the Life” treatment wears those golden hooks down fast.

Looking at footage of the group and trying to understand the context they operated in, it’s a lot easier to see why my dad’s generation considered ELO such a joke: I mean, Christ, they experienced The Beatles and that whole constellation in real time, without any idea that pop music would become progressively shallower and soulless in the next 40 years. Check out this 1974 with the group. Everyone older I talked to said the same thing: only nerds liked ELO. Lynne’s hired hands are painfully uncool and inarticulate: like the “drumist,” the 21-year-old cello player with lobotomized speech and a thousand-yard stare, and the violinist who says he “drinks a lot of beer,” to which Lynne adds “and farts a lot,” and you see the violinist reflexively squint and look down, with a saddened, embarrassed glint in his eyes as he otherwise deftly plays it off. In other words, not exactly rock god material in that era. These days, with so much music new and old accessible at any time anywhere, all that stuff is lost to the ether. Groups like Mumford & Sons, Jet, or Kings of Leon are good contemporary examples though: these are bands heavily criticized for their derivativeness, boring tunes, and lack of charisma. But in 30 years, listening to “Sex on Fire” will be no different than blasting “Sweet is the Night” or “Sweet Talkin’ Woman,” and I’ll be just as annoyed as the generation before me.