All the Things That Truly Make You Feel 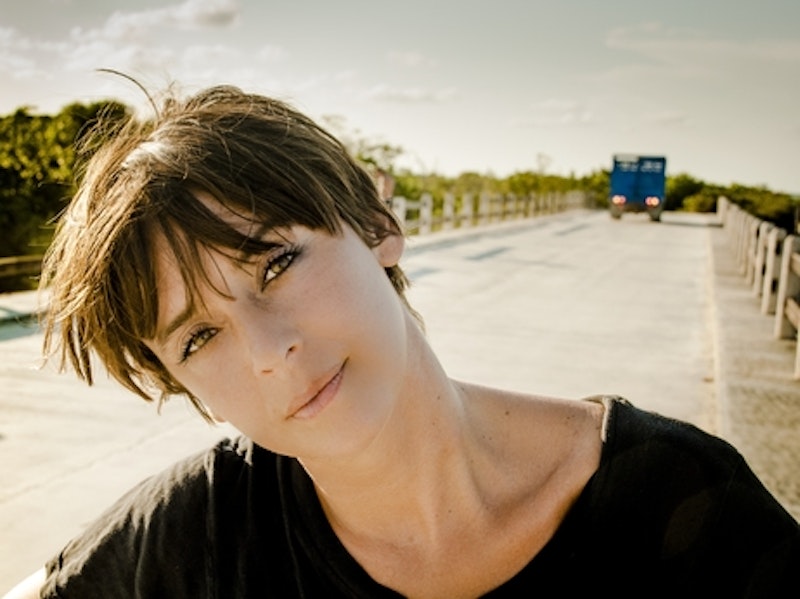 Cat Power: it’s a band name that sounds like a bad drunk joke to most people, but for thousands upon thousands of fans, Chan Marshall’s musical alter ego is the sound of total despondency. Advance press for Marshall’s latest album spins it as the most upbeat and jubilant of her dour discography, with Marshall herself saying in The Guardian that there’s much less “shaking hands with the dark side” on Sun. Sure, it’s not the suicide shuffle of What Would the Community Think or the feverish paranoid sashay of Moon Pix, but Marshall’s soft spot for melancholy is in her bones. A few lyrics: “3, 6, 9/You drink wine/Monkey on your back, you feel just fine,” “What are we doing?/Sitting on ruin,” “100,000 hits on the Internet/ and I don’t give a shit,” and “Gotta right, gotta right, gotta right/You’re a human being,” as if Marshall is still convincing herself to go on.

No, this isn’t a breakup record, either: her well-publicized split with longtime boyfriend Giovanni Ribisi happened after the album was finished, and the pain of seeing him already engaged to another woman has come at a most inopportune time: during a global press tour. No matter: sad, melancholy or optimistic, Cat Power’s first album in four years (and first of original songs in six) is a fabulous piece of work.

Marshall’s whiskey- and Parliament-infused voice is so mournful, pained, and ineffably beautiful that you could have her singing over an industrial record and it would still sound pretty. On Sun, she uses electronics and synthesizers extensively for the first time, albeit in a minimal, naïve way. That’s not a slight, at all—it’s refreshing to hear a gadget and knob novice use those tools to color what already makes her music great, rather than attempt some absurd reinvention. The 11-minute groover “Nothing But Time” is the most ecstatic cut here, with Iggy Pop of all people backing Chan up on lines like “It’s up to you to be a superhero/It’s up to you to be like nobody” and “You’ve got nothing but time/and it ain’t got nothing on you.” Iggy growls that last one on his own before a false fade-out a la “That Joke Isn’t Funny Anymore,” and it sounds righteous coming out of his mouth, because nobody’s as credible as Iggy when it comes to perseverance.

Sonically, there’s a lot more going on in the mix than on previous Cat Power outings, save maybe the soul and brass-infused greatness of The Greatest. Some may say Chan Marshall is purest with a guitar in her hand and a lump in her throat, but it’s been 14 years since Moon Pix, and 16 since her first masterpiece What Would the Community Think, and tellingly, she almost never plays anything off those records anymore. But she was never known for one song in particular, and Marshall is lucky there’s no real monkey on her back: having every piece of work judged harshly against some earlier work. People aren’t drawn to her because of one song, or one era: it’s her. Certain people may be stupid and selfish for going to Cat Power gigs and hoping for one of her infamous on-stage meltdowns (the release of Moon Pix was overlooked until a real fiasco of a show at New York’s Bowery Ballroom in January 1999, where Marshall was so nervous she didn’t complete a single song, told the crowd her band hated her, and in the end, collapsed into a ball, sobbing, on stage, only to have her fans get up on stage and pat her on the back).

The pathos in her music is overwhelming, and Marshall is so adept at conjuring this black hole of despondency in her fallen angel voice, that it’s hard to listen frequently. It just gets to you. That’s she so courageous to continue on and make new sounds and songs is astonishing, given what she’s been through (constant childhood moves, shattered families, alcoholism, panic attacks, a Xanax habit, domestic abuse, abortion, you name it…). Chan Marshall has walked through hell, but ultimately, who cares? She makes great music, and Sun is no exception. Her personal story is captivating, but it’s how effortless and elegantly she releases that pain through her music, and how honest and deeply affecting it comes out. Sun isn’t a radical departure, it’s not a party record, and it might not even surprise you. But it’ll make you feel something, and that matters more than anything.