All That's Truly Deep Down 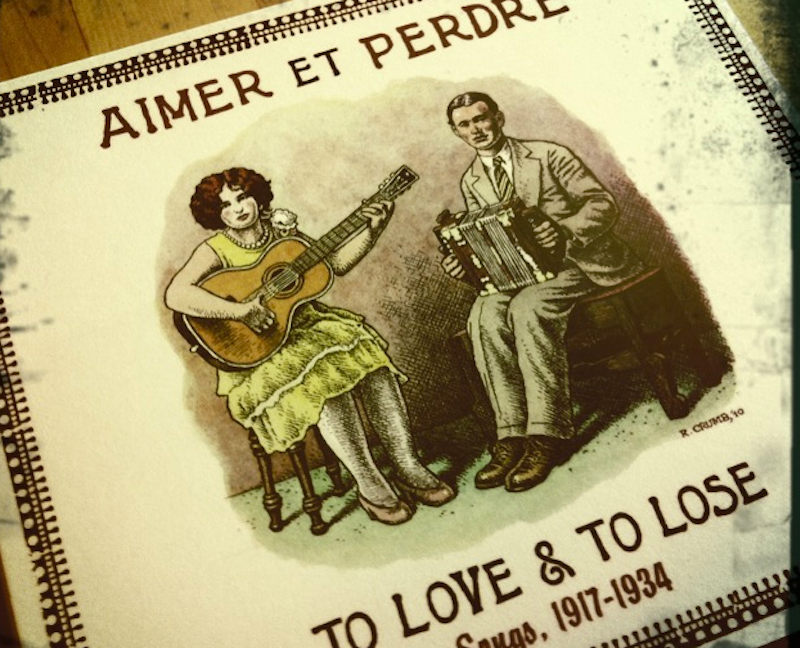 My job as a music critic is usually one of great luxury, but occasionally some harmonious miracle will land in my lap so profoundly steeped in meaning and context that the mere idea of summarizing its essence seems painfully reductive. Bearing that in mind, I'll describe the multi-layered perfection of Aimer et Perdre, the Tompkins Square label's recently released compilation of pre-World War II folk tunes that all deal with love's role in defining human frailty.

The key to what makes Aimer et Perdre so compelling is found in the first few paragraphs of an introductory essay by compiler Christopher King that’s part of the booklet accompanying this double c.d./download release. King sets the mood for the listener, detailing the way in which these songs of love and lost love unite humanity in an often futile quest for some mystery which could at least resemble happiness. While his focus on that futility is certainly clear, there's not a shred of misanthropy to be found. Instead, King's words reflect the collection's sense of powerful totality, describing romantic connection as an epic adventure defined by many different metaphysical portals that all empty humanity out into love's amorphous domain—a place that can be a paradise or a proving ground, and occasionally both at once.

Prior to playing this record I'd never heard any of the early music to emerge from swampy southern Louisiana's Black American-Creole community, so the wild Creole track "La Valse De La Prison" by Douglas Bellard & Kirby Riley is a major highlight. Fiddles slice into the tune's melody with frantic violence as a relentless accordion part accompanies the chaotic fiddling with trance-like drones. Meanwhile, the mournful French vocal work here echoes Bellard & Kirby's neighboring Delta blues balladeers from a few miles up the road. Evoking a tragic Creole man's lovelorn plight, "La Valse De La Prison'' is a nothing less than a sonic bog of mosquito-infested tragedy.

This collection also reissues many great east European records, including the four part "Lemko Wedding" series of musical skit 78's by Ukrainska Orchestra Pawla Humeniuka. These records were very popular among east European-Americans for their accurate recitative portrayal of Old World traditions in concurrence with the animated music used ritually in rural Ukrainian wedding ceremonies and other formal occasions. From a sympathetic shout-out to the parents overseas unable to attend the ceremony, to the joyous arrival of the bride & groom, to ritual blessings made for the young couple, to the spirited reverie of "Russyns and Slovaks" Cossack dancing the night away at the wedding reception, all the matrimonial bases are evocatively covered by these wholesome mini-epics.

The Southern gothic atmospheres shine in the work of Doc Boggs' darkly poetic "False Hearted Lover's Blues," The Stoneman Family's wistful "Too Late," and the proto-rock 'n' roll of Richard “Rabbit” Brown's "Never Let The Same Bee Sting You Twice." A breathtakingly beautiful selection of tracks by Cajun music artists rounds out the set, most notably the classic title heartbreaker by Joe & Cleoma Falcon. Perhaps the most fascinating technical element revealed here is the melodic dissonance shared in the work of both the east European artists and the Cajun acts, all of whom possess a predilection for surprisingly similar bow slashing fiddle arrangements.