All That Money Wants

Dusting off a 1980s CD set, and dusting the pompous Ezra Klein. 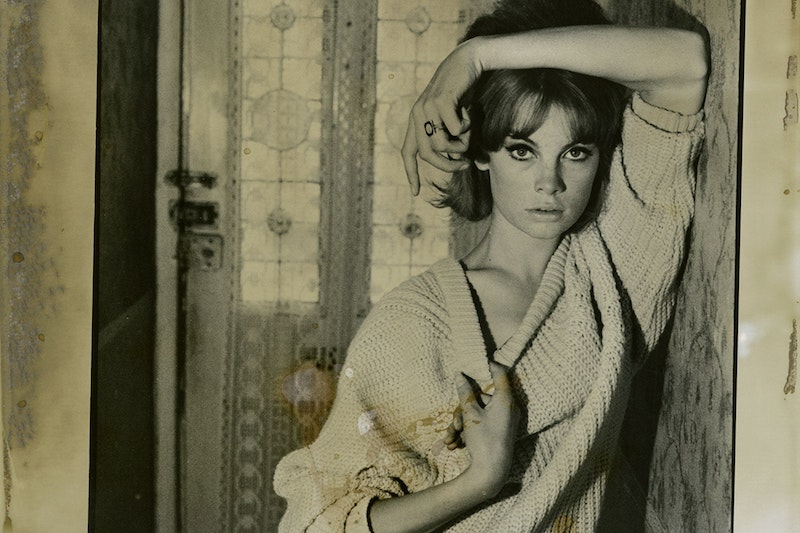 “She had hair like Jeannie Shrimpton back in 1965/She had legs that never ended/I was halfway paralyzed.” That’s the opening of the Smithereens’ “Behind The Wall Of Sleep” (1986) and though I never much cared for the band—only song I liked, not dissimilar to Blue Oyster Cult’s magnificent “Don’t Fear the Reaper”—what person of my age didn’t jump out of their skin at the invocation of mid-1960s supermodel Shrimpton (and sister of Chrissie, Mick Jagger’s girlfriend of a few years) who symbolized “Mod London” as much as anyone else?

I hadn’t heard the tune in over a decade, but on Saturday, while looking for a DVD copy of great Cambridge Spies—not streaming on any channel I’ve tried—I came across a box set of 1980s songs, Left of the Dial, half of them killer, in a storage closet. It was probably a Christmas gift to one of my sons a long time ago that was forgotten and left to gather dust. It came out in 2004, on Rhino, and you can get a new copy from Amazon for just $902. The four discs contain well-known songs (The Smiths’ “This Charming Man,” Joy Division’s “Love Will Tear Us Apart,” XTC’s “Senses Working Overtime,” The Pogues’ “A Pair of Brown Eyes,” the dB’s “Amplifier” and Kate Bush’s “Running Up That Hill”) along with some songs, like by Happy Mondays, The Rain Parade, The Dead Milkmen, The Jesus And Mary Chain and Sisters of Mercy that never made my own hit parade. Unfortunately, it also includes The Violent Femmes’ “Blister in the Sun,” a song I despise that’s almost as ubiquitous in movies and TV as “Gimme Shelter.”

(Off to the side: while listening to Left of The Dial on Sunday, I was haphazardly looking at Twitter and the late Monkees singer Davy Jones’ mug showed up, along with a YouTube clip of “Daydream Believer.” As a kid, I had a soft spot for several Monkees songs—the Neil Diamond-penned “I’m A Believer,” “Last Train to Clarksville” and “A Little Bit Me, A Little Bit You,” which I was sheepish about since I was the coolest 11-year-old on Long Island, memorizing most of Blonde on Blonde, while also watching the Monkees TV sitcom, and buying the Herman’s Hermits single “No Milk Today.” I liked candy bars and Tootsie pops, too, what can I say? Anyway, “Daydream Believer” was playing at our seventh grade Spanish Christmas party—the teacher was a good-natured wiseacre named Ken Stark, a Vietnam vet who grew his hair fairly long in returning to teaching, and he set up a piñata for his students. At one point, while Davy Jones was singing, the piñata burst, and we were all on the floor, and I had the misfortune to be wrangling for Turkish Taffy minis with a friend who just shit in his pants, the juice flowing down his leg.)

In any case, on Saturday night I traded texts with my son Nicky, naming this or that song from the 1980s and asking his opinion. (When he didn’t respond to one query, I thought, Christ, we’ve probably been over this a million times and now Nick thinks my memory’s shot.) We both really dig Dream Syndicate’s majestic “Tell Me When It’s Over,” even though lead singer Steve Wynn either consciously or unconsciously is paying tribute to the Velvet Underground (like half the groups on Left of the Dial), with just a little too much Lou Reed sneer in the vocal to catapult the song to top-tier status.

And that reminded me of another VU-heavy band, Lloyd Cole & The Commotions, who didn’t last long, but had one song, “Perfect Skin,” which is almost perfect. Nicky thought it was a pastiche of The Smiths, Television and VU, although at the time it came out, and I bought the record, to me it stood on its own, not only for Cole’s vocal but his smart lyrics.

Cole’s vocal delivery is quick-paced and crackling: “She takes me down to the basement/To look at her slides/Of her family life/Pretty weird at times/At the age of ten she looked like Greta Garbo and I loved her then/But how was she to know that/When she smiles my way/My eyes go out in vain/She’s got perfect skin.” Blew me away in ’84.

Also included is Billy Bragg’s “A New England,” which I liked a lot, and was covered beautifully by the late Kirsty MacColl. But something always nagged me about the opening lyric: “I was twenty one years old when I wrote this song/I’m twenty two now but I won’t be for long.” It’s a verbatim rip of the start of Paul Simon’s 1966 “Leaves That Are Green,” and Bragg, to my knowledge, was never called on it. You’d think Simon (not a favorite of mine) or his agent would’ve demanded some sort of recompense.

I rarely read Ezra Klein’s New York Times columns—or his previous work at The Washington Post and Vox—because they’re interchangeable with any number of affluent, East Coast pundits who take to the pulpit for the benefit of their inferiors. But the other day my friend Crispin Sartwell tweeted about Klein’s latest, “A Different Way of Thinking About Cancel Culture,” that he thought was particularly devoid of meaning, unless it was a prophylactic measure to protect himself. Klein is upset, or feigning that emotion, about today’s environment of outrage that sometimes leads to the firing of journalists or other public figures.

He writes—after trashing Fox News, but not the equally egregious CNN or MSNBC—“It’s always hard, from the outside, to evaluate any individual case, but I’ve seen a lot of firings that probably should’ve been suspensions or scoldings.” Klein doesn’t name names there, which would’ve been helpful (although at the top of his column he cited Alexi McCammond (Teen Vogue) and Will Wilkinson of the Niskanen Center).

Dr. Klein offers advice to the institutions that choose their economic health over individuals’ job security. “Twitter should rethink its trending box, and at least consider the role quote-tweets play on the platform… Fox News should stop being, well, Fox News. All of the social media platforms need to think about the way their algorithms juice outrage and supercharge the human tendency to police group boundaries.”

A rational person might think Klein knows his recommendations won’t be heeded—and why should they be; I’m no apologist for Twitter or Facebook, but the idea that executives at those companies would say, “Hey, that Klein might be a dick, but he’s right!" is ludicrous—but the air that pundits like Ezra breathes is purer than that of his readers. He might really believe his own malarkey, which would be helpful if he soon pulls a Jeffrey Toobin.