Atlas Sound's "How To Pass the Time," from the recently released Bedroom Databank, Vol. 4 vs. an interview with Wikileaks founder Julian Assange. 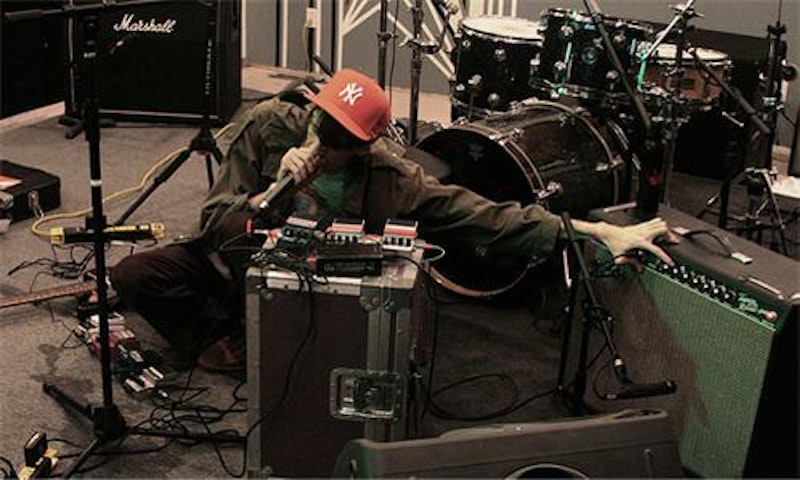 Cox: There’s nothing to a memory.

Assange: We sometimes ask for this publicly or we approach sources.

Cox: When random phone calls kept you up all night.

Assange: Mostly they’re coming to us.

Cox: Your friends are dead in their plots.

Assange: There is simply nothing to secure.

Cox: You wish you’d made something.

Assange: There’s lots of national media organizations that are sort of beholden to the power structure in the countries that they operate and simply will not publish such material, and we’re seen as an international organization that rises above mere national interest.

Cox: The places they were taken in?

Assange: But also people can go to net cafes or a computer that is not associated with them to upload this material.

Cox: You’d made other plans.

Assange: Post office boxes are a little easier to understand.

Cox: When having to care didn’t fill you with spite.

Assange: We rely on anonymity.

Cox: You wish you could.

Assange: No, we don’t go out and murder people.