It's better if you don't sing

The debut LP from Duchess Leo. 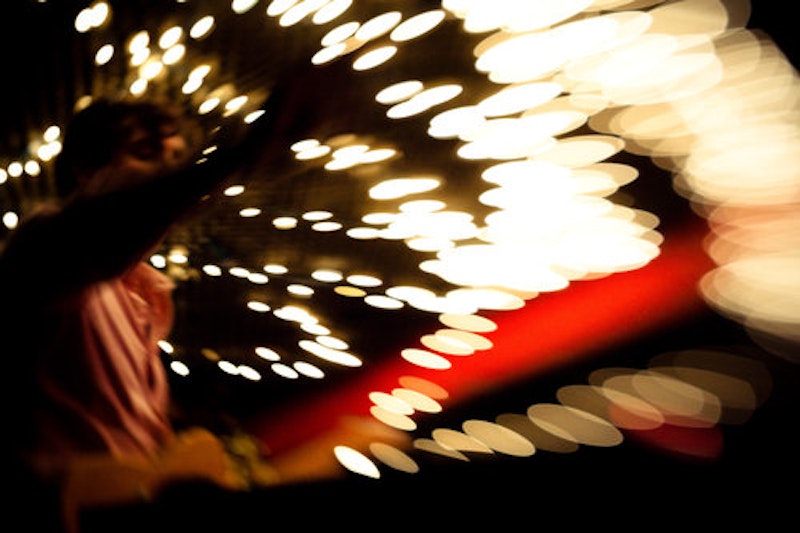 It's always nice when old friends start a band: there's so much easy-going camaraderie and respect; so much warmth to the recordings. Duchess Leo is veteran NYC DJ and breakbeat stylist Todd Buchler and his grade-school pal Dan Ryan, who together make grand, cinematic electronica, sometimes with vocals, often without; it's keyboard-heavy, with pleasantly understated guitar riffs, and full of drum effects, ambience and rich string arrangements.

The songs on their first full-length, Golden Grey, reflect the pair's recent dedicated study of composition, theory and audio engineering. Everything here sounds amazing. It's one of the best electronic albums I've heard in a while, reminiscent of The Album Leaf and early Eluvium.

Unfortunately, the vocals... well, I don't know if it's Buchler or Ryan or both singing on a few of the songs here (I threw away the press release and Google tells me nothing), but whoever it is has a style unfortunately akin to certain contemporary Christian stadium worship bands: those sort of generic blah vocals that would fit perfectly on a Time Life compilation ("Compass" and "The Play" are the most obvious examples, and not even Grace Belliury's terrific back-up vocals can save them).

A promising debut. Now if only they could focus on instrumentals, or at least turn the mic over to someone with more distinctive flair, they'd really have something.