A Tortured Relationship With Pop Schmaltz 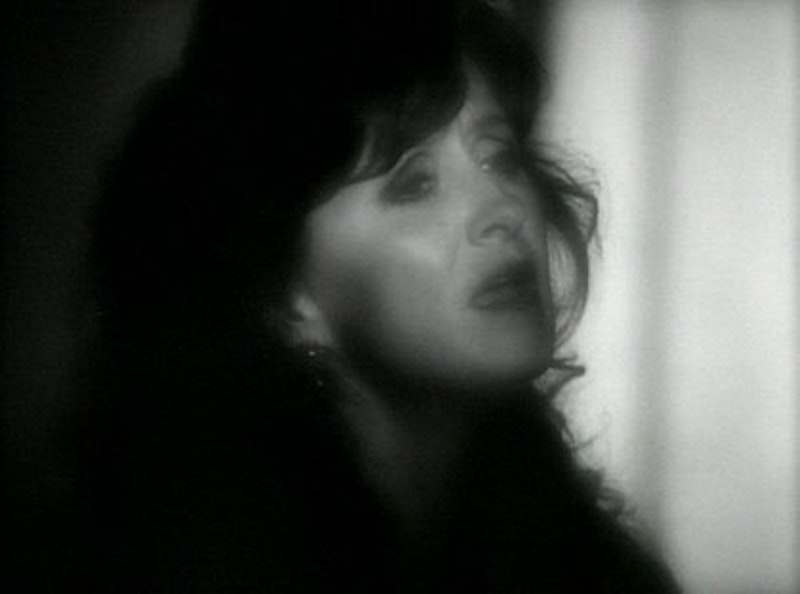 I have a tortured relationship with Bonnie Raitt, and especially with her early 90s sell-out pop-schlock phase. So, as I futzed here and there on YouTube the other evening, it was with a mixture of wonder and dread that I suddenly came upon... this.

That's retro-R&B performer Tank doing vocal gymnastics and mugging earnestly for the camera through a faithful rendition of "I Can't Make You Love Me," one of my favorite songs off of Raitt's 1991 Luck of the Draw. For those not in the know (and/or if you can't stand to listen to the Tank version) "I Can't Make You Love Me" is a kind of ur-adult contemporary emote-a-fest. Penned by Mike Reid and Allen Shamblin, two country songwriters, it tells the story of a woman whose man is no longer into her, but they have one more night together anyway. Raitt's version is slowly paced, and her rich vocals, with just that hint of roughness, ride over the easy listening piano and glop backing to make a big, sexy ball of gooey irresistible self-pity, nostalgia and resignation. I'd never seen the original video before, but its maudlin parodic soft-lit black and white cinematography captures the repulsion and appeal in full-on high camp style (like many songs of unrequited love, this could easily be narrating a coming out.) And how could I have forgotten about her shameless shift to her upper register at the end? Which I adore, God help me.

I’d always assumed that this song was something of an idiosyncratic passion of mine. I knew Luck of the Draw was huge, but the only hit I'd ever heard on the radio was "Something to Talk About"—and I certainly don't know anyone else who likes it. My wife probably wouldn't have married me if she'd known about the Bonnie Raitt enthusiasm beforehand.

But, as it turns out, Tank is not alone. On the contrary, "I Can't Make You Love Me" has apparently become, while I was turned the other way, a cross-genre schmaltz standard. It's frequently covered on American Idol and all its offspring.

Sure enough, there are seemingly endless versions on YouTube. Adele sings it, for one.

Her spoken intro, in which she nervously suggests that she's not worthy of the song, is adorable. She's kind of right, though. Her version is better than Tank's, in part just because of the register and tone—her depth makes her sound tough rather than wounded, while his high falsetto ends up seeming whiny. But if Tank comes across as too vulnerable, Adele isn't vulnerable enough. Her power distances the lyrics so you don't get that great flopping sticky emotional charge. Take the way she handles the line "Don't patronize me," at 1:11. When Raitt sings that, she starts the lyric and then stops and repeats it, as if she's too exhausted to get through on the first try. Adele does the repetition as well, but her voice is so big it still comes across as effortless. Nancy Wilson's version suffers from similar problems. Too much competence—the curse of pop.

And since we were talking about the dangers of falsetto, here's this.

That's sensitive indie genius Bon Iver dressed in the standard-issue sensitive hipster uniform of cloth cap and beard and being sensitive. I've liked Bon Iver in other contexts, but his mannered approach is shockingly misguided here. "Watch me! Watch me! I am emoting!" You want the woman he's addressing—or a series of women, or every single person in the audience—to climb over the piano and kick him in the face so he has an excuse to scrunch his face up like that. And as if masticating one Bonnie Raitt tune wasn't bad enough, he interpolates a couple lines of "Nick of Time" from the album of the same name at the end. The moment where he jerks at the meaningful transition from the first song to the second is one of the single smuggest things I have ever seen captured on tape.

This, though, is the unkindest revelation.

That's Bruce Hornsby, a musician whose aggressively bland nostalgic sincerity I have always loathed. His anodyne, precisely articulated vocals here fully justify my antipathy—each calculated "oh" is a strip mall erected on the grave of soul.

But the really painful part is that he's the original artist. Hornsby plays piano on Raitt's recorded version of the song. The colorless AOR backing that seems to perfectly encapsulate the lyrics' enervation and capitulation—that's Hornsby, bleeding wart on the anus of music, a despicable synonym for enervation and capitulation. I have, it turns out, made myself love him. My heart has felt something that it shouldn't.

Yet I still do love the song, and Raitt's version is still the best—and would be even if the competition wasn't so lax. In fact, here's the only version I've heard that surpasses the original.

I say it surpasses the original, but it only does that through the way it works with the fact that the original exists. On the first lyric, "Turn down the lights," Raitt throws in an extra pause after "Turn" that's not in the original, as if she can't, or won't do it right. That's the way it goes all through; her phrasing works around, over, and next to the recorded song; the live version becomes a slightly off reflection of a perfect shiny focus-grouped piece of plastic. The way she seems to follow the beat of her breaths rather than the beat of the creeping backing gestures at stripped down performers like Townes Van Zandt, even as the shiny, polished music keeps tight hold of an audience exponentially bigger than Van Zandt could ever have dreamed of.

And yet, the way it sells out, the way it deliberately breaks all its promises, is why I still find the song so appealing, despite my best efforts. I'm seduced by the calculated failure to seduce. Flawed perfection, and the perfect flaw—it's true love you can believe in because it doesn't work.