A Mutation of Sound 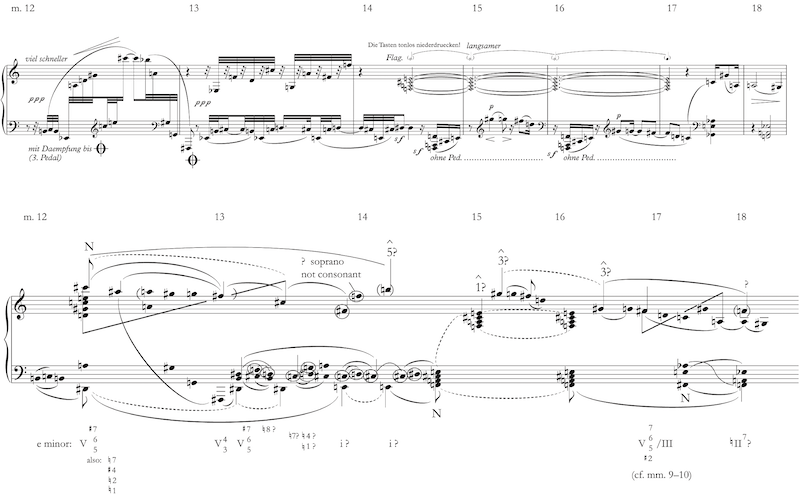 Context is the defining element that establishes purpose and power in any melody, song, or composition. As a piece of music ages it exists in eternal flux so even the world’s most structured pop song can experience dynamic changes in meaning and purpose as circumstances evolve around it in an improvised arrangement. Just as physical infrastructure erodes and changes its form and shape through time, music can become transmogrified by elements beyond its control.

Musical context is a mutation of sound: a form of media crossed with an invisible instrument crossed with an ever-changing arrangement. Songs like Stephen Foster’s “Swanee” and “Camptown Races,” traditional folk tunes like “The Irish Washer Woman” and “Cotton Eyed Joe,” James Brown’s oft-sampled early funk cuts—these works still resonate today but not for the same reasons that they did at the time of their creation. Such twists of fate caused “Camptown Races” to go from an innocuous sing-a-long for little kids to an awkward evidence of racism in the Deep South. Progress in science and technology turned James Brown’s soulful roots music into a foundation for the synthetic pulse beating at the heart of current techno pop, rap, and electronica styles.

Long after their initial releases the garage punk gem “Surfin’ Bird” by The Trashmen (1964), the standard “Blue Velvet” by Bobby Vinton (‘63), and Native American acid rocker “Witchi Tai To” by Everything Is Everything (‘69) all gained new contextual arrangements when used in popular film and television productions. The Trashmen’s savage anthem went from a symbol of punk to the butt of a cheap joke on Fox TV’s bro-culture touchstone Family Guy. Consequently, younger people will have trouble hearing how this song could epitomize the entire punk rock attitude. Vinton’s smooth version of “Blue Velvet” inspired the title for the 1980s horror movie by David Lynch; adding to the song’s drastic shift in context is the fact that it plays during that film’s most violent portion. “Witchi Tai To” succumbed to a similar fate. This peaceful tune was ironically used as the soundtrack for a disturbing scene in the 1996 crime drama Sleepers.

The changing definition of fidelity also transforms the nature of a composition. Guitar tricks and production techniques used by arena rockers like Van Halen, Foreigner, and Billy Squire seemed glossy in the late-70s and early-80s. Their work was attacked for being antiseptic and pompous by critics who viewed high-tech developments in music as antithetical to an iconic “rawness” of rock ‘n’ roll and other folk-based styles. Put up against the digital sheen of current hit records by Maroon 5 or Adele, the lengthy noise-laden passage opening Van Halen’s “Oh Pretty Woman” sounds like a mudslide crashing into an earthquake.

The rich analog synth tones used on Foreigner’s hits gurgle and throb like a prehistoric swamp making the carefully calculated productions of modern electro artists like Zedd and Marshmello seem as organic as elevator music. The contextual improvisation rolls on: the past’s squeaky clean licks evolve into the dirty tones that every rock guitarist dreams of. A syrupy Moog trill becomes an echo of primordium.

The idea that free music is strictly comprised of atonality, arrhythmic concepts, and non-traditional structure is a myth. The avant-garde musicians of the 20th century, greats like Albert Ayler, La Monte Young, and Cornelius Cardew used these elements frequently. Their focused efforts to create works of free-form immediacy stand in stark contrast to the time release method of contextual improvisation that occurs serendipitously when a more conventional artist’s music stands a lengthy test of time. The overzealous 20th century-style improvisers’ claim that their approach is the purest musical freedom merely reflects a frustration born of impatience. If the improvisation of the 20th century avant-garde is the fast food-equivalent of free music then the contextual improvisation is free music’s slow-food movement, something made for those who get off on delayed gratification. Whichever way you prefer, accepting the fact that all music is free music doesn’t involve admitting that one approach is better than another. It’s simply the most intimate way to unite music with fate, time, and the people who love it.