Hangin' With the Seniors at a Florida Piano Bar

Nobody was sharing a drink they call loneliness. 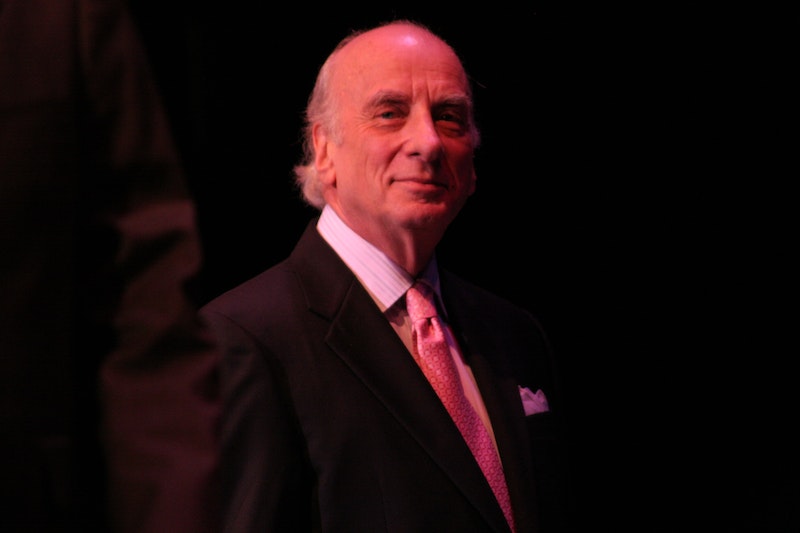 The other day, I came upon another Florida Man story. A man killed a dog because it barked too much and then beat up a child at three a.m. because he wouldn't help him dispose of the body. Once again, I was reminded that the Florida I know is nothing like that dark world the media loves to present. When I recently told someone that I was heading down to Florida, he disparaged the state by calling it "God's waiting room." When I protested that my destination was peaceful, he wasn't having any of that. He said he wasn't sure such a place exists in the state. If he's going that far South, he told me, he'd prefer to go to the Caribbean. The media had fully indoctrinated him. Nothing about Florida is good. The warmth, the seafood, the beach, the fishing—never mind all of those things. It's just Florida Man.

I've been to Florida many times, but I'm far from an expert on the state because I always go to Venice, which is just south of Sarasota. It's where my parents live for half of the year. Sarasota's a lively city with all kinds of things to do, while Venice is a small, sleepy town with a downtown of about 12 square blocks, and it quiets down early in the evening. The average age is around 65, so it's a good place to go if you want to feel young.

I just spent 11 days in Venice. I biked to the beach just about every day, but not to sunbathe like everyone else. I find a shady place to read my book, and stay for a few hours. Being near the ocean feels good, and sunshine isn't necessary, although most Florida days are sunny. I've visited beaches up and down the East Coast, from L.A. to San Luis Obispo to San Francisco in California, and in Seattle, Vancouver, Hawaii, Mexico, Japan, Thailand, Turkey, and Greece.

Evenings in Venice are generally quiet. I got lucky this year and caught a show by the Jazz Masters, a band led by the legendary Dick Hyman (92), who in addition to his six decades of performing, has been the composer/arranger/conductor/pianist for such movies as Zelig, Moonstruck, The Purple Rose of Cairo, Stardust Memories, and Broadway Danny Rose. The Jazz Masters are—because this is Florida—not young, but they play great. Most of them were once a part of the New York City jazz scene, back during its heyday. Hyman made his career in NYC, but he's semi-retired now. When you hear him play with such virtuosity and delicacy, and look at his resumé, you wonder why people say, "Dick Who?"

The only downside to the concert was that it was in an Episcopal church, which is far from the ideal venue for jazz. The church's music director was a young black man—a "cool clergyman" type who digs jazz. He addressed the audience before the show, managing not to say anything about Jesus until his final words. I was thankful for that because, after all, people hadn’t come to pay $25 for a sermon. The crowd was entirely white and I wondered what it's like to be a thirtysomething black man whose parishioners are all white people around 75 years old. That seems like one of those "only in Florida" phenomena. Venice is not a diverse place. In fact, I don't recall ever seeing even one black person there besides this engaging man. The place is an intersectionalist's nightmare.

After the show, we passed on a meet and greet with the band, along with punch and cookies, and hit a piano bar—the Zebra Lounge. I'd never been to a piano bar. It seems like a relic of the past. The crowd sitting around the piano was well past retirement age, as were those in the tiny lounge area. Some younger people were congregated in the bar area. My waitress, Carole, appeared to be around 75. When I asked her what IPAs they had, she said, "Sierra Nevada and Blue... something." "I'll have a Blue something," I told her, and she brought me a can of Blue Point.

My knowledge of piano bars comes mostly from movies and one well-known song. They're equal parts living room, saloon, and stage, and have a different chemistry every night—one that's defined by the interaction between the piano player and the customers. On this particular evening, a man in his 30s—a customer—who carried himself like a trained thespian joined the piano player. With a fine voice, he belted out some show tunes, including the excellent "On The Street Where You Live," from the musical My Fair Lady. You may know the song—"All at once am I several stories high, Knowing I'm on the street where you live." He even threw in "Danny Boy" for the sentimentalists in attendance. The vibe in the Zebra Lounge that Saturday evening belonged to this talented individual, but it was well past nine o'clock.

Who can think of a piano bar and not hear Billy Joel's "Piano Man" in their head? Joel wrote the song based on his own experience working in such a place. And sure enough, a young guy standing at the bar sat down at the piano with a harmonica strapped around his neck, and he did such a fine job on the ivories while singing that song that I didn't mind listening to a Joel composition, which rarely happens. A couple probably in their 80s then sang a show tune. I'd learn later that they once both performed on Broadway.

The room was intimate, and people struck up conversations. Florida's seniors don't all vegetate in front of the tube after catching the early bird special. If I lived down there, I'd stop in at the Zebra Lounge regularly. I don't know where Florida Man hangs out, but I’ve yet to see him.