They're Playing Our (QAnon) Song!

The notes we use matter. Tempo too. 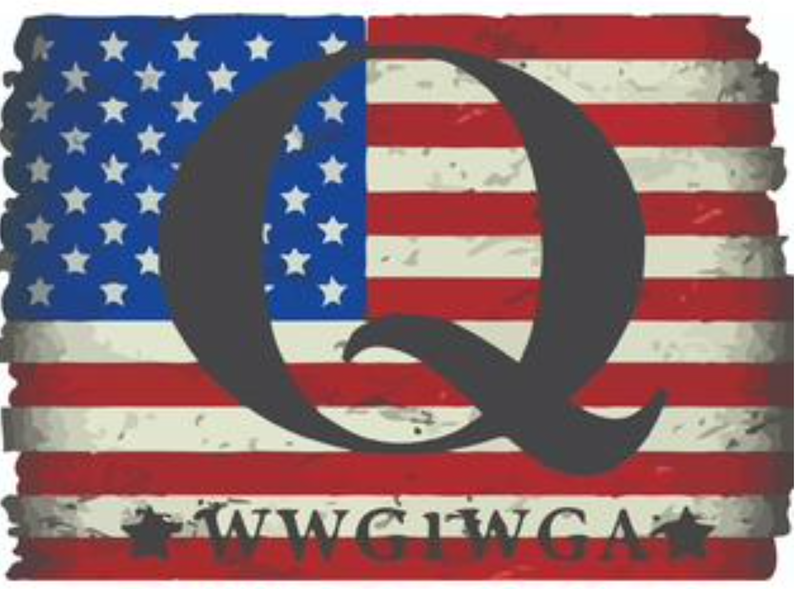 On September 19, The Guardian made some very disturbing revelations: some of the clearest evidence yet, it said, of the ongoing merger between QAnon and MAGA. In demonstrating this terrifying development, they pointed out that at a rally in Ohio, Donald Trump had made the "apparently deliberate" choice to play music that "to many" is "nearly identical" with the instrumental tune that "may well be" QAnon's adopted anthem, known as "WWG1WGA" ("Where We Go One, We Go All"). Wading through all the possiblies, apparentlies and maywellbes should’ve left the attentive reader wondering whether anything was going on at all or whether any facts had actually been reported.

What the story amounted to is the assertion that, if there were any such facts, they could’ve been very disturbing. Do you call that journalism?

Later that day, The Washington Post's opinion columnist Dana Milbank ditched almost all the maywellbes. "At a Trump rally in Ohio on Saturday, the former president closed his speech to the strains of a melody widely associated with the QAnon conspiracy movement, which holds that the government is run by a secret cabal of satanic pedophiles. En masse, audience members fully extended their right arms and pointed their index fingers as Trump proclaimed them to be 'one movement,' apparently echoing the name of the song they were hearing, 'WWG1WGA'—an abbreviation of the QAnon slogan 'where we go one, we go all.'"

Well, an "apparently" sneaks in there. And even more oddly for a column built around the fact that Trump plays the QAnon anthem at his rallies, Milbank says halfway through that it doesn't matter whether the factual basis of his column is factual or not. Either way, Trump is "playing QAnon's tune." Maybe he was halfway through when it occurred to him that he didn't actually know whether what he'd written so far was true or not.

Responsibly, the Post assigned Isaac Arnsdorf, Josh Dawsey, and Michael Scherer to do a quick fact check. "The music has been widely described as an anthem for QAnon, an extremist movement that the FBI has designated as a domestic terrorism threat," was their initial formulation, which seems to repeat Milbank's or the Guardian's narrative. "The bottom line," they conclude, is that Trump "will probably use the song again," which, the reporters hint, would continue the terrible crime. But "widely described as" is the same sort of qualifier as "maywellbe" etc., and if you manage to wade through the portentous bullshit to the reporting, the whole thing falls apart.

The Post reporters, after condemning the insanity and paranoia of QAnon at length, which isn’t what the story is about, manage to track down the song. It was issued as Mirrors by the television composer Will Van de Crommert in 2019, and marketed as stock music for commercials or gatherings at a minimum fee: just the way instrumentals end up as innocuous background music before a political rally. In 2020 a similar song, possibly cribbed from Van de Crommert's, appeared on Spotify as "WWG1WGA." It was attributed to Richard Feelgood who, the Post reports, "appears to be a man in Finland" who likes to wear teddy bear masks. (I'm getting a clearer view with each sentence of how the Post thinks about reporting. Or how they appear to.)

Trump "apparently" started playing the song, again maybe purchased as generic clip art, in August. Then a QAnon follower recognized it as similar to "WWG1WGA" and posted on Telegram that "if that's not Q proof, I don't know what is." But whether Trump got it from QAnon, QAnon from Trump, or everyone from a generic music service: no one knows, apparently. And it doesn’t matter.

It's a song, and if you deleted or banned this one, any generic tune would do just as well. Also, there’s no story, just a pile of obscurations and qualifications. If Dana Milbank really thinks it will be worthwhile to tar Trump with the brush of QAnon, he'll need some facts. There was never a coverable story here, and if there had been it would have been about an entirely trivial matter.

Again, people in the audience in Ohio at a certain point extended their arms and pointed their index fingers "en masse." This might be interpreted as "we're #1," which is exactly what Trump was saying just then. Milbank and others claim it’s a QAnon salute. "There isn’t clear evidence that the gesture was previously associated with QAnon or with Trump," say the Post's own reporters, 1000 words into their story. So what have I been reading in your newspaper all this time? And why have I been reading your newspaper all this time?