A Great Musician in His Own Right

Yes, Jay Bennett made some incredible contributions to Wilco, but his mercurial career extended well beyond that group. 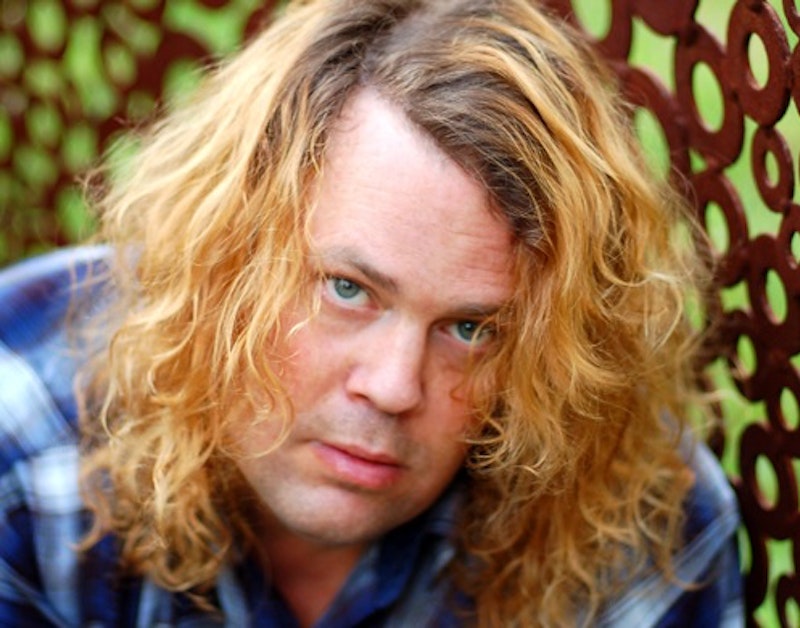 “I’m never, ever going to have a record review that doesn’t at least start off with some mention of my participation in Wilco, you know—and a comparison of my music now to the contributions I made to Wilco’s music—or what Wilco was then to what Wilco is now. That’s just reality—I’m never going to be taken just completely on my own; it’s always going to get set up in that context.  Of course, a certain amount of that is appropriate, because you need your lead-in paragraph… well… I kinda come with a built-in lead-in paragraph.”

Sure enough, when the obituaries for Jay Bennett started to roll in early this week, they consistently led with, “Former Wilco multi-instrumentalist...” before talking about anything he'd been up to in the six years since he left the band: five albums (his sixth was due out in October), collaborations with Edward Burch and David Vandervelde, highly-respected production credits on albums by Sheryl Crow and Allison Moorer, his return to Urbana-Champaign to run his recording studio, just to fill you in on the basics. Of course, part of it is that Wilco is Wilco, maybe the rock band of the last ten or so years. It would have been hard enough for Bennett to set himself apart after Yankee Hotel Foxtrot was acclaimed pretty much across the board as the best album of 2002. But in Sam Jones' documentary I Am Trying to Break Your Heart, Bennett was unfairly caricatured as a self-involved control-freak who nearly broke-up the band by trying to take over the production and engineering of Foxtrot. In one scene, Bennett, frustratedly trying to work out the intro to “Heavy Metal Drummer,” tries to explain to frontman Jeff Tweedy his concept for the album, “I just want you to understand me.” “I don't have to understand you all the time, it's okay,” Tweedy tells him.

When I saw Bennett in 2006, playing the crowded upstairs lounge at Baltimore's Waterfront Hotel, he looked haggard: chain-smoking hand-rolled cigarettes, so drunk (or high) that during most songs he'd stop half-way through to tell long, rambling anecdotes completely unconnected to the song he was singing. "I gotta practice my Tuvan throat singing, hang on a second," he said at one point, before bursting out in exaggerated shrieking over top of distorted guitar wails. He was a lumbering mess, but still cut an imposing presence on stage. Not long after he had cleaned himself up, in an interview last year with Glide magazine he told Brian Robbins, “Absolutely—I’m doing a lot better.  I had a handful of unhealthy years; then I had a couple slouchy years when I was trying to get over the crazy stuff, you know … now it feels like things are more balanced.  No coffee, no booze, no drugs. I’m trying to eat better and exercise more … and I’m down to the five-ish cigarettes a day.  I’m feeling good.” “Five-ish cigarettes” was impressive for a man who smoked upwards of three packs a day for years. And as he started to simplify his life, he did the same with his music: his most recent album, Whatever Happened I Apologize, released free online a few months ago, was an almost completely acoustic affair, containing slow heartbreaking folk songs that found Bennett working past old hang ups and disappointments.

In recent months old health problems had started to catch up with him: a bad back from a childhood accident, a busted hip from an ill-planned stage dive in the early 90s, when he fronted Titanic Love Affair. Last month, he finally went ahead with a lawsuit against Jeff Tweedy for unpaid royalties, explaining the decision in depth on a post to his MySpace account. For all his problems, he sounded optimistic:

I’m really Jonesing to get this over with, AND to finish up Kicking at the Perfumed Air (the CD that just doesn’t seem to want to get finished). I will continue to stay as active as I possibly can, making music, and staying in touch with all of you (my friends), as the surgery approaches, and later, whilst I am recovering. With any luck, by mid-summer, I should be a new man (albeit bionic---'we can rebuild him') This whole experience has really taught me to look both inward and outward for support, and I’ve learned things about myself that I thought I had completely figured out years ago. Family and friends have helped me to keep faith in a future that will actually be much more carefree than my constricted present state."

Reports from the coroner on Tuesday were said to be inconclusive, and further testing will be needed to determine the cause of death. On the official Wilco website, Tweedy and the band offered their condolences, and Bennett's management released an official statement on Wednesday, “Please spend some time this week engaging in Jay's favorite passions: listen to a Nick Lowe album, watch some Mythbusters on Discovery, play Warren Zevon's ‘Roland the Headless Thompson Gunner,’ rent Pay It Forward (one of his favorite movies), write a song with the TV on and the sound off, and focus on how Jay always concluded his communications: ‘Love, Jay.’” And as Bennett's friend, Death Ships frontman Dan Maloney, told me in an interview earlier this year, “Jay [was] a wonderfully misunderstood person, a truly warm, generous, and musically brilliant guy.” I can only hope that now he'll get his due, and not just as the “former Wilco multi-instrumentalist.”