Will the New Star Wars Movie Live Up to the Hype?

C3PO actor suggests 2015 flick will top the iconic The Empire Strikes Back. 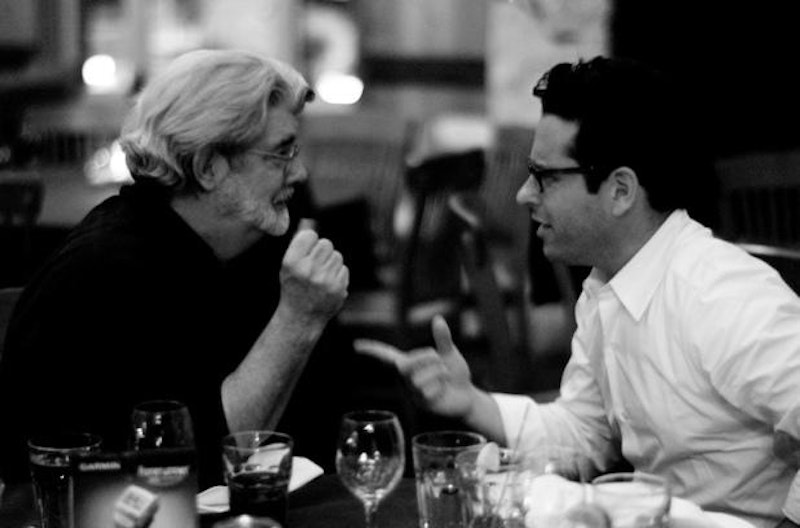 The universe of Star Wars fans is so large that even the release of a new film’s title stirs more coverage than Ebola threats. The Force Awakens won’t be released until December 2015, and strategically released photos and cast announcements have tongues wagging.

British actor Anthony Daniels, who will make a return appearance as robot C3PO, tweeted recently it would be even better than The Empire Strikes Back, often ranked as the best in the series. While Daniels has an interest in hyping the new film, there’s reason to think he’s right. The Force Awakens is directed by highly-regarded J.J. Abrams of Star Trek prequel movie fame. And, crucially, written by Abrams and Lawrence Kasdan, co-writer of Empire, released in 1980.

Most importantly, The Force Awakens—known as Episode VII—won’t be written by series creator George Lucas. He came in for serious panning over the three Star Wars prequels. Stilted dialogue and flat acting didn’t help the hyper-anticipated movies. But Lucas’ severe over-reliance on CGI and other tech tools stripped The Phantom Menace (1999), Attack of the Clones (2002) and Revenge of the Sith (2005) of humanity and likeability. Jar Jar Binks—enough said. At least among Star Wars fans of a certain age and disposition.

Lucas seemed to forget that just because he could do something—say, substitute puppet Yoda with a cartoon—didn’t mean he should. And Disney, which Lucas sold the Star Wars franchise to, apparently agrees. Abrams is “using miniatures and practical special effects to emphasize the lived-in quality of the original films,” notes Atlantic writer David Sims. “He's got the original cast back together to pass the light saber to a younger generation.”

That includes Mark Hamill (Luke Skywalker), Carrie Fisher (Princess Leia Organa) and Daniels as C3PO. None has exactly gone onto superstardom since Return of the Jedi in 1983, like co-star Harrison Ford, but the original generation of Star Wars actors provides a linkage to better times in the fantasy universe. They’ll join Star Wars newcomers, such as John Boyega, Daisy Ridley, Adam Driver and Oscar Isaac.

Many fans hope it’s possible to just forget the prequels ever existed. The Force Awakens is set about 30 years after the fall of the Galactic Empire, in Return of the Jedi. The thinking among aficionados is that if the new film—and its planned sequels—is strong enough, George Lucas will rightfully be remembered as the creator of an iconic original trilogy that spawned a first-rate second act. Not the forgettable prequels in between.