And why Alan Sepinwall is still the best. 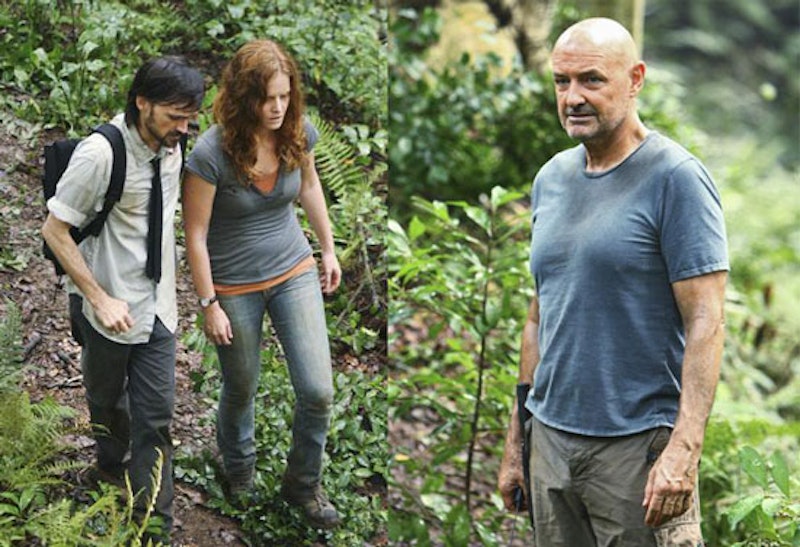 On Monday, Grantland posted an exclusive excerpt from famed TV critic Alan Sepinwall's new book, The Revolution Was Televised: The Cops, Crooks, Slingers and Slayers Who Changed TV Drama Forever, a collection of essays and interviews on 12 of the best (or, at least for Sepinwall, most important) TV shows of the past decade. Grantland's excerpt deals exclusively with Lost, ABC's hit sci-fi drama about the survivors of a downed 777 and the mysterious island on which they've crashed. Sepinwall could probably write 5000 very nerdy pages about the show's unanswered questions (seriously, what the fuck were those numbers all about?), but instead only alludes to such questions, taking a historicist approach to the show's unlikely success; as he told Kate Arthur in a recent interview with BuzzFeed, "I was mainly focused on the origin stories and... analyzing various creative decisions from the life of the show."

So we get some wonderfully honest quotes from writer and executive producer Damon Lindelof about the show's first season—how its unexpected popularity nearly drove him to a nervous breakdown ("Terror, depression, anxiety, anxiety attacks. I'm not exaggerating. Everybody who was around me at the time knows I pretty much wanted to die…"), how none of the show's mythology was worked out until season two (Lindelof and partner Carlton Cuse admitted that had the show been canceled, season one would have ended with the Flight 815 survivors fighting the smoke monster).

Most Lost fans, I assume, will have no idea about the following: that Lindelof and J.J. Abrams were brought on a mere six or so weeks before the pilot was filmed; that Abrams’ involvement abruptly ended after the first episode because of his contractual commitment to Mission Impossible III; and that the whole idea for Lost was basically a Hail Mary by outgoing ABC chairman Lloyd Braun, who had failed to come up with a hit for his network after Who Wants To Be A Millionaire tanked in the ratings late in 2001. Braun provides one of the essay's more insightful quotes, recounting a disappointing first draft script by Jeffrey Lieber, and ABC executive Thom Sherman's suggestion that they put Lost on hold and try again next year: "I said, 'Thom, there's no next year for us,' says Braun, who knew the kind of thin ice he was on thanks to the network's recent performance. 'At that point, it was clear to me that I didn't think any of us were going to be surviving. This was the time to take a shot at a show like this.'"

There's a kind of Casablanca story here—with re-writes and re-workings all the way through season one—suggesting that maybe what made the show so frustrating at times also made it so successful. As Lindelof says, "I personally believe that it's hubris to plot out what the second and third and fourth seasons of a show are. You have to have a sense of where you want to go, but at the same time, you have to put your eye on the ball and write the season that you're writing." That quote explains as much about Lost's failures as any lengthy deconstructive screed, and is a whole lot more interesting to the casual fan.

The Revolution Was Televised is available now on Amazon.