Finding Kendrick Johnson is one of the better documentaries about race relations in 2020s America. B+ 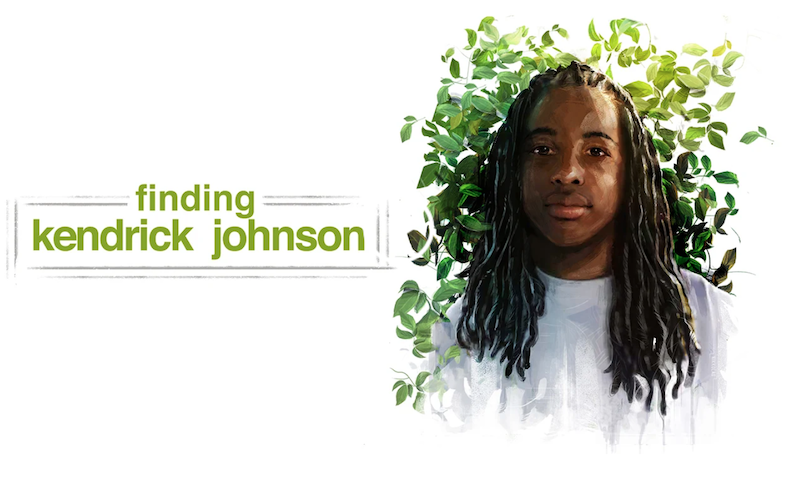 Many documentaries this year are about American race relations in the post-George Floyd era, and one of the better ones is Finding Kendrick Johnson, an investigative look at a suspicious death in a southern Georgia town. Director Jason Pollock, who made Stranger Fruit, a 2017 documentary about Michael Brown and Ferguson, now has another film about a Black teenager who died under controversial circumstances in the early-2010s.

The case of Kendrick Johnson, though, wasn’t a police-involved shooting, but something more uniquely tragic. A 17-year-old high school student in Valdosta, Georgia, Johnson went missing and was found dead the next morning, in January of 2013. His body was discovered face-down in a rolled-up wrestling mat in his school's gymnasium, and local authorities quickly determined it was accident.

Johnson's family didn't buy that explanation and has fought for the truth ever since. This has included a second autopsy, lawsuits, and the documentary itself, which represents a more thorough investigation than by any government entity. The family's investigation hasn't solved what happened, nor has it proved that Johnson was definitely murdered. But it has discovered that Kendrick's body had its internal organs missing, and a funeral home replaced them with newspapers.

There’s the missing security footage. The film names a couple of suspects—a pair of brothers whose father is an FBI agent—including one whose statement that he wasn't near Kendrick on the day of his disappearance is contradicted by on-camera footage. It's clear that local law enforcement authorities were, at the least, dishonest and incompetent.

The film expertly unfurls this story, while making compelling documentary subjects out of the family and providing a look at who Kendrick was. It’s paired with narration by actress Jenifer Lewis, who also served as a producer. Finding Kendrick Johnson provides historical context about racial prejudice in both the state of Georgia and America itself, including lengthy segments about Emmett Till’s death and the history of FBI abuses by J. Edgar Hoover.

Pollock is a protege of Michael Moore, and it shows, since Moore loves to throw the historical kitchen sink at topics. At least Pollock doesn’t make himself the on-camera center of attention. A different Michael Moore, the one who was U.S. attorney for Georgia, also comes up in the film.

Finding Kendrick Johnson is an independent film that's had an unconventional release pattern. It had a limited theatrical release back in October, and around the same time it surfaced on Kanopy, the free streaming service that’s connected with public libraries. It's now available for rental on VOD, while remaining on Kanopy, and will land on the premium cable channel Starz in December.