And why it usually doesn't. 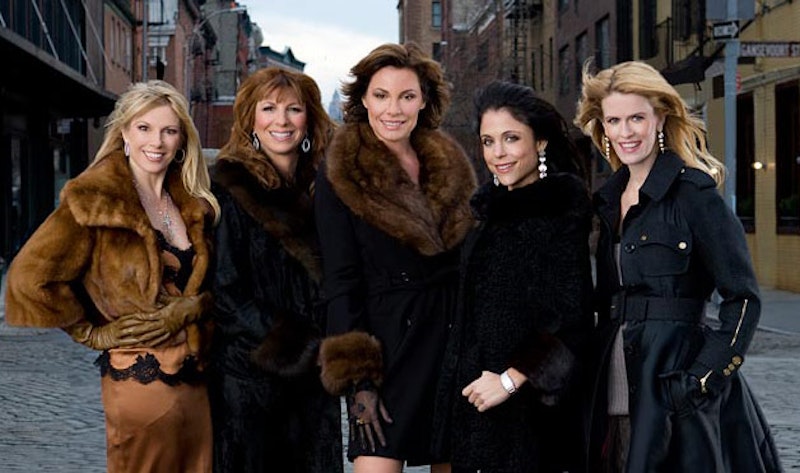 The best thing I saw on TV last week was Who Do You Think Are?, a reality show that follows celebrities as they research the lives of their ancestors. Steve Buscemi was the focus here, and his disgraced Civil War-deserting pariah of a great, great grandfather. It was a nice little bit of TV that didn’t insult your intelligence and tell you to follow it on Twitter. The most jarring part of the episode was watching Buscemi mired in such clichés and bottom-rung reality TV production values. There were long pans of Buscemi walking through the forest, close-ups of super pensive faces, and synthesized timpani thumps to indicate a shocking discovery. The story of Buscemi’s family tree is actually interesting and engaging, an anomaly for this sort of television. The aesthetics and production values of reality TV are so stilted, stale, and plain stupid that it makes a potentially interesting show unwatchable.

I never understood why anyone would want to make or watch the conflated Frankenstein of life and (poorly) scripted drama that is most reality TV. Why half-ass both elements of what you’re doing instead of fleshing out one? New York & LA housewives and celebutantes are entertaining/fascinating/horrifying on their own without idiotic contrived storylines and cartoonish sound effects. The structure of reality TV should not resemble drama. Can the three-act structure; it just doesn’t work in a reality format. Life itself can be interesting enough to watch uninterrupted for 22 minutes if you find a worthy subject; undoubtedly there’s a lot of good stuff out there mangled by lazy, hack editors and producers. No one in the industry is prone to risk, but all that’s gotten us is stuck in the mud.

I get the sense these are shows that people watch while doing something else: the dishes, laundry, taxes, whatever. But does televisual rice cake need to be so abundant? Absolutely not. The 7UP franchise (where a handful of British kids are filmed and interviewed every seven years) and reality progenitor An American Family come to mind: obviously there’s storytelling in the editing of these programs, but it’s not corny, gaudy, or insultingly stupid: they convey the experience of living with these people and being around them in a condensed, watchable format. No orchestral swells or awkward close-ups of dramatic reactions. I would watch a well-made Real Housewives of NYC in a minute, but either way should these people be celebrities? No, they’re much better subjects, to be observed and ogled at in their natural habitats, not given lines and scenarios to play out in a Final Cut born reality.